Once upon a time, almost three years ago, before most of us ever heard of Twitter, I was just signing up for the service and starting to follow anyone that I found who might be there talking about SAS.

I used Twitter Search and I didn't find a lot. Some people would mention SAS job postings. A few others would describe learning about SAS programming in a college course. Many, many others were talking about the other dozens of things that SAS might stand for. There wasn't a lot worth responding to or forwarding on to others. And then I saw this:

When the experts tell you to "listen for a point of need," I'm pretty sure this is what they mean. But what could I do? I'm not a PROC GPLOT expert, and we didn't - at the time - have even an informal process for routing complaints on Twitter to someone who could respond. 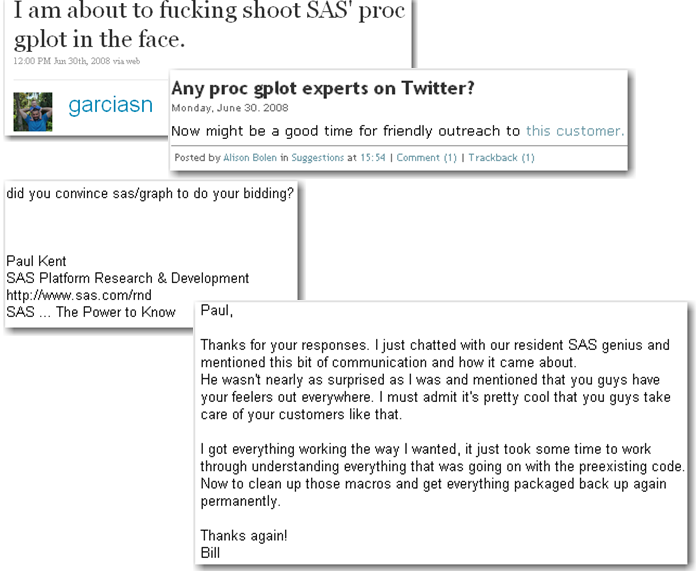 As you can see from the exchange, Bill's problem was already solved before Paul reached out to him. But Bill was instantly impressed that his complaint had attracted the attention of a VP who offered to help.

Like most things on the Web, that impression had ripple effects. Bill's friend Aaron Landry started using the exchange as an example of social media done right when he spoke at conferences about Web 2.0 101.

Even more importantly, Bill became a strong advocate for SAS on Twitter. Today, he speaks at SAS user group conferences and regularly banters back and forth on Twitter with friends like @waynettetubs, the editor of the SAS Tech Report and a favorite among SAS users.

What happens when you can scale that type of response with a conversation center for listening and response? Sure, you can't put a VP on every response - but you can take quick, smart actions and - in many cases - turn unhappy customers into happy advocates for your company over and over again. 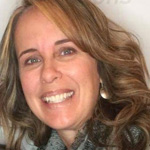