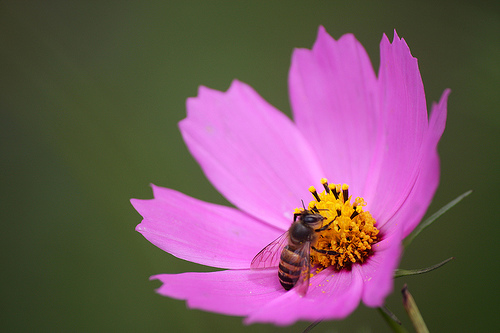 Just when I had finally begun to use Google Wave and was getting a small degree of comfort with it, Google launched Buzz, which is clearly their attempt at out-twittering Twitter. If you have a Gmail account, it's probably showed up by now, integrated into your account. As you would expect, the social media world is abuzz (oh man, that was unintentional, I promise). Reactions, as usual, range from "this is a game-changing quantum leap of epic proportion" to "meh."

I have only dipped my toe in, so this is by no means a comprehensive evaluation. But I do have some initial thoughts on the value of both Buzz and Wave for the enterprise, spurred by the debate going on at socialmediaB2B.com.

We're not ready for them.

For one thing, Buzz is based on your Gmail account, and lives within the Gmail interface. That's problematic for two reasons:

One, most large companies I'm aware of use Microsoft Outlook. Some also block or otherwise prohibit their employees from accessing third-party Web mail. This will be a huge roadblock to integrating Buzz. Plus, the dependence on Outlook is going to hamper the adoption of Wave as well. A lot of people will just see it as another kind of email. And who wants that?

Which leads me to my second point. We in corporate America have a love/hate relationship with email. We can't stand to ignore it for more than three minutes, and carry devices that allow us to check it reflexively during all waking hours.

At the same time, we feel like slaves to our inboxes. Most of us are overwhelmed by too much email. I've occasionally run across colleagues who maintain iron email discipline and have no more than a few messages in their inboxes, the rest neatly filed or instantly deleted. I react to those people roughly the same way I would react to meeting Spiderman.

In short, you're not going to get a very cheery reception from the average professional by offering to give them a new inbox.

It's a shame, because both Buzz and Wave have cool features that allow for sharing and collaboration in a way email could never approach. Maybe we'll be ready for them by the time something new has come along to make them look old and stodgy.