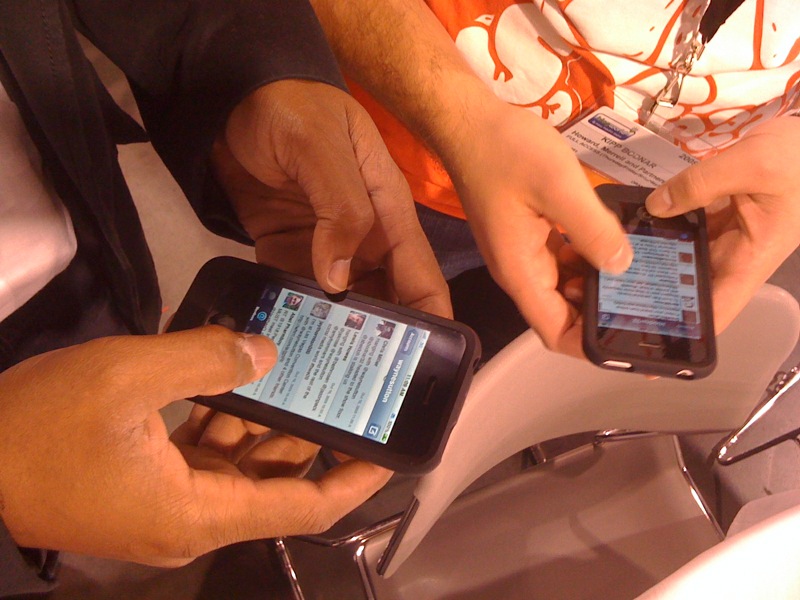 Considering I'm at Blogworld it's not surprising I've been thinking a lot about the ways we communicate in social media and how blogs fit into the equation. I contributed to my first blog in 2001 and started my own in 2003 back when there weren't all these other options, like Twitter. I like Twitter for the connections I've made and maintain, and for the instant stream of useful information I get now that I've filtered my streams with TweetDeck. But I had a realization yesterday that's likely to change the way I use it.

When I arrived at BlogWorld I started tweeting interesting tidbits from the early sessions. Watching the hashtag, I realized I was basically tweeting the same nuggets of information as everyone else. Often it was interesting and useful, but it was also fragmented and lacking context. More important, I realized I was spending half of each session paying attention to my iPhone rather than the speakers. In a weird way I was limiting what I absorbed and remembered to what I tweeted. I was self-limiting my own experience of the event to what I would get if I were sitting in my office following the hashtag.

Wayne Sutton has been blogging the sessions and posting them to his blog within a few minutes of the end of the session. That's providing real value to his readers, as well as giving him some great searchable content for his blog. When we were talking about this yesterday, he crystalized it for me pretty succinctly with a concept he attributes to Louis Gray: Tweet less, blog more.

With that in mind I decided not to tweet from Chris Brogan's keynote and instead turn it into a blog post. I took notes in Google Docs during his keynote, then tidied them up a bit as soon as he was done and posted them. (I will never regret having started my career as a reporter.) I sent a tweet linking to the post and tagged it with the BlogWorld #bwe09 hashtag.

The result: quite a few people retweeted it, including Chris. As of now, about 18 hours after I posted it and two hours after Chris tweeted it, I've had 350 people click the link, according to bit.ly.

There are several lessons I've learned or re-learned from this, none of which are new:

1. Provide good content that people want to read and they'll read it.

2. Writing a blog post takes more effort than sending a tweet, but in the end you have something of substance.

3. If you want to get attention in this space, you've got to work. It would have been easier for me to send some tweets, then bust out of the room and go get a drink. Instead I sat in the room for another half hour getting the post up and adding a photo. In the end, time well spent.