I wrote a lot of poetry in college. (Don't worry, that was pre-web so I have no links to subject you to). When I was doing it regularly, thoughts would come to me in poetic terms, or a snippet of conversation would spur an idea. The more I wrote, the more that happened.

My love of photography also began in college, and carried through to a job as a professional photographer for The Chapel Hill (N.C.) News (which nearly killed my love of photography, but that's a different story). The more photos I took, the more I saw things in photographic terms. My eyes sought out angles and patterns and juxtapositions and I would mentally compose the photo before I ever brought the camera to my eye.

The same principle holds true in social media. The more you participate, the easier it gets. I've been referring to it as "developing your social media muscle." 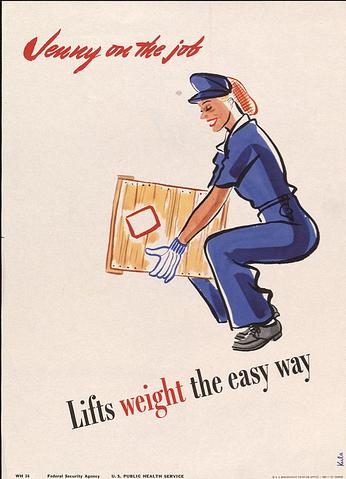 Blogging isn't always easy. Sometimes it's downright difficult to come up with an idea worth sharing, find the time to write it, find a photo to illustrate the post and do all the little logistical things that go along with it.

But you know what? The more you do it, the easier it gets. That's why bloggers like Chris Brogan and Wayne Sutton can be so prolific. They've developed their blog muscles. Thoughts and ideas come to them more often because they are receptive to them.

When I was blogging every day in the early 2000s, I nearly always had an idea I wanted to work up and one or two in the queue. And I've found that to be true in the last couple of weeks as I've tried to notch up my blogging to where it should be for someone with a job like mine. I have three ideas on a note stuck to my monitor.

It works for Twitter as well. The more you do it, the easier it is to digest ideas into 140 characters. When you see something that interests you, you're more likely to think, "I should tweet this because other people might find it useful."

The more you develop your social media muscle, the easier the heavy lifting becomes.