Six months or so ago I created a FriendFeed account, because lots of people were saying it was better than Twitter. I set it up to pull in all my accounts, including my Netflix queue
(why?), then pretty much left it alone.

Earlier this week I set up a Posterous account, linked it to all my other accounts and set up all the different email addresses I could use to 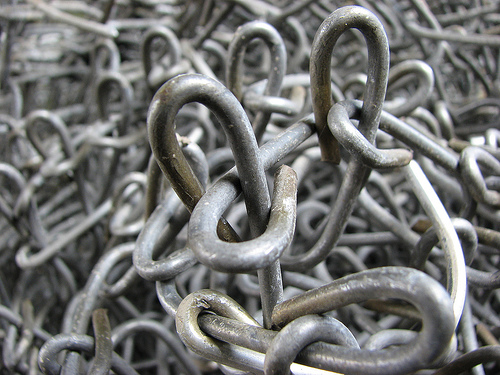 send posts to whatever combination of accounts I could imagine (Flickr+Blogger+Facebook, Twitter+Wordpress, etc.). Then I realized I don't really need to do that.

This morning I sent an @ reply on Twitter to Louis Gray, who I follow but don't actually know. It was just a quick joke in response to something he'd said. I got home tonight and saw in my Gmail account a message from him, via Friendfeed, asking if I was both David and Angela. What?

I followed the link to FriendFeed where my tweets are showing up in someone else's stream.
After an hour of digging around, I think I figured it out. It's a feed set up by someone I know to pull in SAS-related tweets around our annual user conference. But if you look at the stream, they all seem to be coming from her. Just a small peculiarity, but it seems that if you @ reply someone on Twitter who you are mutually subscribed to on FriendFeed, it compounds the confusion.

Did that make any sense to you? If so, I will pay you money to explain it to me. As I am writing this blog post, she and I are direct messaging back and forth on Twitter trying to figure it out.

The whole exercise made me feel kind of nuts, like having an anxiety dream where you realize you forgot to drop a class and didn't actually graduate. (I'd been out of college for ten years before I stopped having that dream.)

I have three computers and an iPhone. I have two separate contact lists, six email addresses (not including LinkedIn and Facebook email and Twitter direct messages), and more social media/social network accounts than I could probably count. I have unread messages in something like eight different places. (My apologies to anyone I owe a reply to on BrightKite or Audioboo.) Let's not even talk about my RSS reader. Or all the barely-touched sharing apps on my iPhone that are supposed to make all of this easier.

I need a break. This is starting to feel a bit like a compulsion. My wife, I feel comfortably certain, would not argue.

What's the larger message here, just to try to tie this rant/cry for help back to the theme of this blog?

You don't have to do everything.

Take a look at what other people and organizations like yours are doing, and pick a few that seem to make sense for you. These days you can't go too far wrong by focusing on blogs, LinkedIn, Facebook and Twitter. Concentrate on those (or just one or two to start), on getting comfortable with them, building a network and providing value in those channels.

Other than a very few people who base their reputation on being on the cutting edge of social media marketing, nobody has to be active in all the available spaces.

Keep it simple and enjoy it.