Photo by Pixabay via CC2.0

First, governments have been collecting data for years. They have lots of data. This supports programs, policy assessment, and often compliance requirements for program grants. The difficulty is pooling, accessing, and using this data effectively. This is key to unlocking the power of advanced data analytics.

The rise of the government Chief Data Officer

According to a July article in Government Technology, 18 states and several large counties and cities have Chief Data Officers. That's great, and hopefully more states, counties and cities will get on board. However, I believe the time has come for individual state agencies to also create CDO positions, much like their federal brethren.

CIO magazine described the changing role of a CDO and the idea that the Chief Data Analyst (CDA) should be combined into the CDO position. In government, those overseeing data may be program staff or even accountants. True data scientists are a scarce commodity in government.

As a CPA, I have nothing against accountants. Those are my people. However, I believe its human nature to focus on what you know and understand. Accountants and program people tend to focus on data for business information purposes only – accounting and reporting about services, recipients, dollars, etc. This is the type of data every government program must report to a grantor. This world is much smaller than the world of Big Data that now exists. This mindset is a significant limitation on the possibilities for curating necessary data.

For example, I once shared that my program integrity staff needed more access to denied healthcare claims data. Senior accounting and program operations managers asked the same question, “Why? We didn’t pay them.” In their daily lives, they don't count denials or use this data in any meaningful way.

Therefore, such data seemingly had no value to them. However, healthcare providers that specialize in fraud and abuse submit bogus claims to the rules-based claims payment system all the time. They are looking for weaknesses to capitalize on to steal money which produces a flurry of denials.

This data can reveal patterns showing how these fraudsters are bleeding the system. Such insights allow detection and prevention controls to be put in place and financial recovery to occur. It never occurred to these managers that anyone else would need such data. As such, I would hesitate to consider them as CDO material. Even in IT, system architects are important partners but there is no guarantee they have the skills or focus for a CDO, but I think IT is a great place to start a search.

Second, the nature of government is “doing more with less” – a phrase I first heard used by then Ohio Governor George Voinovich in the early 1990’s. This truism has never changed. One way for public organizations to maximize benefit is better use of data. Governments often have data in silos where it is not easily put to good use. An enterprise approach could resolve this issue and allow these data sets to be integrated on a single platform. This sets the stage for deeper insight through advanced data analytics using tools like artificial intelligence and machine learning.

A side effect of this silo-world is users often don’t know useful data already exists in their systems. Another perspective is knowing the data exists but not how to access it. Overcoming problems such as these can make a big difference in efficiency. In a recent blog, I shared how one of my teams improved cash recoveries by 30-40% in one year, reduced job time from months to weeks, and allowed 60% of staff to be reassigned to other needed work. Using data analytics, highly manual processes were automated. It is one of my favorite memories because of what the team achieved and how it sparked an incredibly high level of staff engagement and satisfaction.

Third, governments have the opportunity for leveraging new and emerging technologies that far exceed the power of their legacy systems. Data analytics using artificial intelligence and machine learning has been around for decades. Advances in hardware architecture and cloud computing are creating platforms that can utilize the power of these tools. Now, the data analytics software and use cases continue to advance at lightning speeds. Interconnectivity and operability between smart devices is also growing and producing even more data, helping to drive the Internet of Things (IoT). We are moving from smart devices to smart cities. Government data can also be connected to provide insight and promote efficiency and improved services. 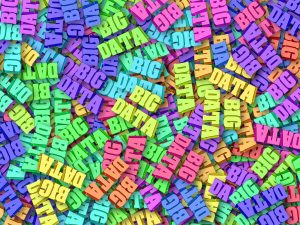 Photo by Pixabay via CC2.0

This expanding data set is powering the data revolution. A recent Forbes article noted the world is creating 2.5 quintillion bytes of data each day. In the past two years, 90% of the world’s data was created, and it keeps growing faster and faster. According to Dr. Steve Bennett, Director of SAS Global Government Practice, we are collectively talking about zettabytes of data in the near future. Therefore, governments will need a data platform that can handle such volume as well as increasing data speed. The SAS platform can handle large volumes of data while allowing users to run SAS analytics and open source applications like R and Python. This helps governments gain insight from their data to improve program performance and outcomes.

The data revolution is changing citizen expectations of government

Finally, consumers are using more smart devices. Millennials particularly fit this model. Just as this group pushes private companies (i.e., retail, banking) to align data to improve the customer experience, the same will be true for government. I believe government will have to keep up or face significant backlash. Traditional investment in infrastructure will have to go beyond concrete and wires. It must now include smart technology to promote efficiency and support the private sector investments in emerging technologies.

But it doesn’t stop there. Fire and police will need to tap into these technologies at the local level. The federal and state governments are looking at healthcare cost containment which will require data solutions that limit fraud and promote emerging value-based care models. Likewise, SAS is using data to fight the opioid crisis and promote whole-person care to help improve patient outcomes, societal outcomes, and support cost containment.

The data revolution has transformed the world as we know it. It's disruptive, it's exciting...and a bit overwhelming! And it is a significant opportunity for government to become more data-driven and forever change the way it serves citizens.