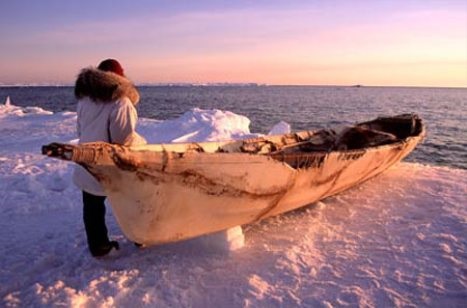 Native American health lags behind other populations. What can we learn about their health care challenges with the help of analytics? Image by Flickr user MagiktouchMonna.

Native American health continues to lag behind other populations in the US. In fact, the American Indians and Alaskan Natives (AI/AN) population lives, on average, 4.4 fewer years than the rest of the US population, and is experiencing significant disparities in a variety of health indicators. The numbers reveal this stark disparity.

Native American groups are 520% more likely to die from alcohol-related causes, and have a rate of chronic liver disease and cirrhosis 368% greater than the general US population. AI/AN members die from diabetes and tuberculosis at 177% and 450% higher rates, respectively.

Additionally, the suicide rate for the AI/AN 15-34 year old age group is 1.5 times higher, while PTSD manifests three times more frequently, compared to the rest of the US.

Compounding these problems is a lack of access to care. Indian Health Services (IHS) provides direct care and/or funding for a majority of the members of more than 560 federally recognized tribes, and have been doing so for decades.  However, approximately 21% of the AI/AN population is uninsured, about twice the US rate. And IHS struggles with retention, plagued by a 25% vacancy rate for both physicians and nurse practitioners.

This is exacerbated by a lack of funding. IHS is funded at a mere $3,107 per member, while national US health care spending per capita exceed $8,000 and Medicaid costs per member are $5,736.

The numbers don’t lie, and this is only a slice of a much larger problem that is systematically affecting these great people. Societal challenges disproportionately affect the population, from increased child and domestic abuse, homicide and poor high school graduation rates to the highest rate of poverty among any racial group in the US.

Research has confirmed the strong relationship between the social and health systems. To better understand and combat the disparities plaguing Native American health, the population, service providers, tribal leadership and members must be in a position to make more informed decisions about policy, programs, education, clinical and social decisions.

To reverse these massive health disparities and social challenges, and improve outcomes, leaders can deploy well-established and rapidly maturing data and analytics technologies. While not all tribes may be in a position to leverage technology on their own, there are options for all technological maturity levels.

In this first part of our blog series, we explore how IHS could wield analytics to provide significant benefits to Native American health. Part 2 will focus on improvements for tribes who are currently, or who are considering, participating in the tribal self-governance program.

Indian Health Services has rich data on the services and funding they provide both at an area and national level.  IHS must continue to mature its data and analytics infrastructure and look at innovative new approaches that:

Additionally, IHS should continue to work closely with tribal epidemiology centers, urban Indian health centers, non-profits such as the Indian Health Board and Alaska Native Tribal Health Consortium and tribal healthcare/social leaders/advocates to create a more centralized and holistic analytics center of excellence. The center would rely on strong collaboration amongst these stakeholders, including sharing of data and best practices. Such a center could provide tribes of all technological maturity levels with vital information that many may not have today, including:

Putting IHS at the center of the Native American health analytics world will not be easy, but given its current analytics investments, increased federal funding potential, geographic coverage, and existing relationships with nearly all federally-recognized tribes, government agencies and many non-profits, IHS is well-positioned to assume that role. IHS is poised to create a more robust and centralized analytic framework which can begin to bridge the gap in health disparities amongst the Native American community.

In part 2 of this blog series we will explore the analytics promise and opportunities for those tribes participating in the tribal self-governance program (TSGP).