Groundhog Day is one of those quirky bits of Americana that add richness and flavor to life. Everyone likes Groundhog Day.  It’s a fun, light-hearted way to cope with the cold, dark days of winter.

Taxes, on the other hand, are not so fun and light-hearted. Mention the word “taxes” to someone you meet on the street, and the universal reaction is negative.  No one likes taxes.

Oddly enough, Groundhog Day and taxes have a hidden connection – one that can teach us about analytics. Let me explain.

This morning, I took my two daughters – Maggie and Kate – to the neighboring town of Malverne, NY. Malverne is the home of Mel the Groundhog.  Every February 2, Mel dutifully wakes up and checks the weather.  The entire town awaits his prediction.  Today, to the delight of my girls and the entire crowd, Malverne Mel did not see his shadow – thus heralding an early spring.

Watching Mel look for his shadow, I was reminded of one of the bedrock principles of taxation – nexus. Don’t worry… I promise not to torture you with legal mumbo-jumbo.  In simple terms, “nexus” is whether a person or business has a sufficient presence to be taxed.

Consider the fictional example of the XYZ Corporation and the state of California. If XYZ Corp has an office or plant in California, the question is easy – the state can levy a tax.  What happens, though, if XYZ Corp has no physical location, but instead it has employees who live in Arizona and travel into California on a regular basis?  Or the company sends delivery trucks into California?  There are many complex ways in which businesses work, so the issue of taxability – or nexus – can be convoluted.

“So wait a minute,” you are probably saying. How in the world did you get from Mel the Groundhog to tax nexus?  Therein lies the hidden connection.

Combine Groundhog Day with nexus and you get the concept of “Groundhog Nexus”. What is it?  It’s an aggressive philosophy that says, “If you so much as cast your shadow in my state, I’m gonna tax you.”  I first learned of Groundhog Nexus over 20 years ago from Bernie Johnson, the former head of tax compliance for the Ohio Department of Taxation.

This tough and aggressive philosophy sounds great in theory. But it is hard to enforce.  In practice, finding businesses that “cast their shadow” but are not paying taxes is hard to do.  Governments struggle to enforce tax laws in this gray area.

Analytics help by scouring data from multiple sources to find businesses that have economic activity in a jurisdiction. The old way of doing this work was through simple matching – which resulted in lots of work for little return.  Now, analytics are adding richness to the compliance process, giving compliance staff the ability to rank and predict who is most likely non-compliant and who is most likely to pay.  Analytics provides better leads with less work – that’s a winning combination.

So, Groundhog Day is inextricably linked to tax evasion. It might sound like a campy Bill Murray movie.  But, it’s really a story about how clever and innovative tax administrators can harness the power of analytics to stop tax cheats. 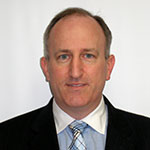