In response to such press coverage, the ASA clarified its intent in publishing the statement and what the statement actually recommended in one of its community blogs. The majority of the ASA’s blog is reposted here:

Last week, the ASA Board of Directors adopted an “ASA Statement on Value-Added Models for Educational Assessment.” What the statement says, and why the ASA makes such statements, are the topics of today’s ASA at 175 blog.

As noted in the ASA’s press release on the statement, use of value-added models (VAMs) has become more prevalent, perhaps because these models are viewed as more objective or authoritative than other types of information. VAMs attempt to measure the value a teacher adds to student-achievement growth by analyzing changes in standardized test scores. VAMs are sometimes used in high-stakes decisions such as determining compensation, evaluating and ranking teachers, hiring or dismissing teachers, awarding tenure and closing schools.

The story already has been picked up in several places:

These articles, and others that will appear, reflect the controversial nature of this issue, and the ways position statements such as this one are interpreted by a writer’s position on the matter. One education writer wrote us an extremely cranky note about how “spineless” the VAMs statement was. He used several more adjectives to describe his displeasure.

The ASA is not in the business of determining educational policy, but we are very much in the business of promoting sound statistical practice. Our descriptive statement about the ASA notes that we promote “sound statistical practice to inform public policy and improve human welfare.” This statement on VAMs urges people to think carefully about the uses of these models and to engage with statistical experts, because such models require expertise to use correctly. Especially when the stakes are high, it is sensible to ensure decisions are made based on proper data and analysis. That’s what we as statisticians bring to the table.

We also agree with ASA that value-added reporting can provoke intense emotions and that some of the press coverage reveals those authors’ own feelings – or their lack of expertise in interpreting technical issues. Value-added models can be complex, and they should be complex in order to address many of the concerns that educators have about using student testing data. My colleague Nadja Young discusses that in more detail here. However, these political opinions should not supplant what is known from two decades of high-quality research performed by statisticians and economists, such as:

There is a legitimate debate about the appropriate role of value-added analysis in educational policies, which is evident in the myriad ways that states and districts have used this reporting. It’s important to have these discussions with full understanding of research and quality implementations. ASA’s statement is a step in this direction, not a step away from the use of value-added modeling.

[i] Douglas Staiger and Jonah Rockoff, “Searching for Effective Teachers with Imperfect Information,” Journal of Economic Perspectives 24, no. 3 (Summer 2010), 97–118. 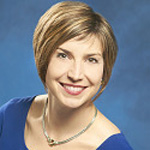 Hello! I’m Jennifer Bell. I’m a wife, mother of four, and avid runner who loves to laugh! I am a NC Teaching Fellows graduate of Meredith College and am currently pursuing my Master’s degree in Curriculum, Instruction and Assessment. Before coming to SAS I served the public schools of North Carolina as a National Board Certified teacher and data coach for 15 years. As an education nerd and passionate teacher at heart, my role at SAS as an education specialist is a perfect fit. Working with schools, districts and states to use data to drive school improvement and improve student outcomes allows me to continue to champion every student.