All too often an unspeakable tragedy leads to a needed policy or operational change through a newly-realized criminal justice system gap. While we continually work to minimize existing gaps, the reality is that as law enforcement evolves, so does the crime and so do the criminals.

In recognition of those lost through needless violence, we honor the families, friends and communities who forged ahead and helped turn their collective, and respective, tragedy into a positive change; a change focused on the goal of protecting others from similar tragedy.

Megan’s Law: Many may not be familiar with the name Megan Kanka; however, many are likely familiar with the term Megan’s Law. In 1994, Megan Kanka was a 7-year old girl who was lured into a stranger’s home on the promise of seeing a puppy; unbeknownst to most in Megan’s New Jersey neighborhood, that home was that of a convicted sex offender. Tragically, Megan’s life was taken by that person and the outrage led to the creation and nationwide adoption of Megan’s Law – focused on notification about and registration of convicted sex offenders.

Dru Sjodin National Sex Offender Public Website: In 2003, Dru Sjodin, a University of North Dakota college student, was abducted and later found murdered. The convicted murderer was a registered sex offender who had crossed state lines to commit the crime. Born from this tragedy was the Dru Sjodin National Sex Offender Public Website (NSOPW); the NSOPW web site states its purpose is to share “public sex offender data nationwide, working collaboratively for the safety of both adults and children.”

Criminal Justice Law Enforcement Automated Data Services (CJLEADS): In 2008, the lives of Eve Carson, a University of North Carolina student body president, and Abhijit Mahato, a Duke University graduate student, were taken two months apart by the same alleged attacker. The two murders led to an examination of existing information gaps that allowed dangerous persons to capitalize on a fragmented criminal justice system. In response, the North Carolina Legislature moved to close those existing gaps, build an integrated offender-centric repository and equip frontline criminal justice professionals with timely, relevant offender information so to maximize public safety. The Criminal Justice Law Enforcement Automated Data Services, or CJLEADS, allows for that comprehensive picture. Per the CJLEADS web site, CJLEADS is designed to: “…provide a comprehensive view of an offender's North Carolina criminal information in a single web based application….(and) allows users to develop a watch list of persons of interest and will notify the users when that person of interest has a change in status such as an arrest, pending court date, or release from custody.”

Thanks to Megan’s Law, parents now have a better sense of who lives among them in their neighborhoods.

Thanks to the NSOPW, victims now can readily locate their convicted attacker regardless of location within the United States.

Thanks to CJLEADS, offenders are held more accountable by enhanced information sharing.

While these are just a few examples of changes driven by crises, we must pause to honor the victims. Megan’s Law, the NSOPW and CJLEADS all exist due to unspeakable tragedies; while we cannot change their course, it is our continual hope that the resultant changes in policies, laws and systems help prevent similar tragedies from occurring. 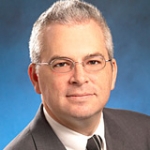 Vincent Talucci is a Senior Industry Consultant with SAS’ State and Local Government practice. He’s an expert in law enforcement and serves as the practice’s primary liaison to the police community. Prior to joining SAS, Vince was the Director of the State and Provincial Police Division of the International Association of Chiefs of Police (IACP). As Director he served on the IACP’s executive leadership team, represented the policy interests of the nation’s state police organizations and maintained oversight of IACP’s information sharing, homeland security and technology efforts. Before joining the IACP, he served as a program manager with the United States Department of Justice’s National Institute of Justice where his responsibilities included managing nationwide demonstration projects designed to advance innovative criminal justice practices and strategies. Vince holds a Bachelor of Arts from Rutgers University and a Master of Public Administration from the University of Washington. A Virginia transplant, he enjoys spending time with his wife, three kids and dog in their new North Carolina home.