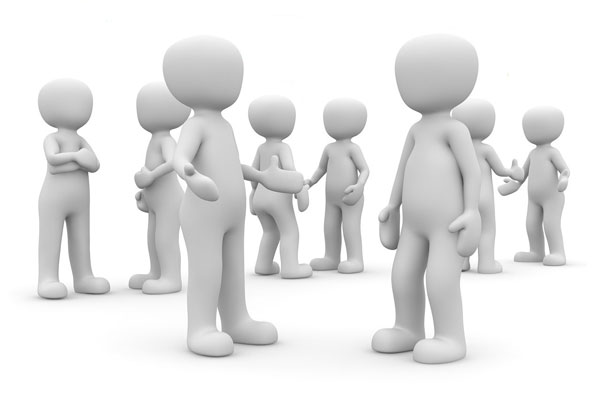 In this blog post, we tackle automating the SAS Intelligence Platform administrator’s task of replicating (cloning) metadata users’ groups and roles from one user to another.

As more people in an organization become new SAS users or move to new projects or teams, their data and applications access credentials need to be set up or modified in SAS Metadata. In this scenario, a typical request to SAS platform administrators looks like one of the following:

SAS administrators routinely fulfill such requests by manually clicking through SAS Users plug-in in SAS Management Console. However, when a number of groups/roles to assign becomes rather large, this seemingly straightforward process can become overwhelming and error-prone.

Let's change the conventional practice of manually replicating group memberships from one user to another. Let's do it programmatically, which will make it easy, repeatable, fast, consistent, efficient and reliable.

While you can employ macro %MDUEXTR to produce a list of groups for metadata users, here we are going to dive deeper and implement this task by using SAS data step metadata functions.

First, we connect to the SAS metadata server:

Then, let’s run the following code:

In this code, we loop through user’s groups while the following condition is true:

It is important to realize that function METADATA_GETNASN returns two values. Besides its return value (number of associated objects) referenced by the function itself, its 4-th argument (GroupURI) also returns a value of the j-th associated object of the specified association ('IdentityGroups') for the specified object (UserURI).  When j becomes greater than the number of groups associated with the user, this function returns value of -4 ( “j is out of range” ) which effectively stops further iterations of the do-loop.

Within the do-loop, we use function METADATA_GETATTR which returns the value (GroupName) of the specified attribute ('Name') for the specified object (GroupURI). Successful completion is indicated by its return value rc=0.

Similarly, the second call of the METADATA_GETATTR function returns GroupDisplayName.

As a result, we are going to get the following USER_GROUPS table:

Now, let’s cut all the exploratory code and wrap everything together into a little nice macro:

The first do-loop executes conditionally only when Modifier is REPLACE (case-insensitive). It iterates through all the groups that child user belongs to and remove that child user from each such a group. Please note that removing a user from a group’s “Current Members” list is equivalent to removing this group from the user’s “Member of” list.

Similarly, adding a group to a user’s “Member of” list is equivalent to adding this user to the group’s “Current Members” list. We use this fact in the second do-loop when for each group associated with the parent we add the child as the group member.

Unless we need to report on the groups we are “cloning” from the parent, we may skip capturing their attributes (like Name or Display Name) using METADATA_GETATTR function as we did in the previous section.

Here are a couple examples of the macro invocation:

In this example, the macro will remove all the child’s group associations and replace them by those of the parent user.

Here, by default mod=ADD and the macro will augment the child’s group associations by those of the parent user.

Note, that these two examples cover all three scenarios of the group membership cloning outlined in the beginning of this post.

Great thanks to Carl Sommer of SAS Technical Support for his invaluable assistance and guidance in navigating through the SAS metadata functions and metadata object associations.

Do you find this blog post useful? How do you administer user group identities/memberships in SAS metadata? Do you have questions, concerns, suggestions, or comments? Please share with us below in the Comments section.