One day, I received a question from the SAS community on how to exclude variables with missing values up to a certain percentage in data analysis. Before I dive into details, another question about how to remove variables with repeated values up to a certain percentage was raised. In fact, this user demands focus on the value characteristics for a single variable, and it determines if the user should include a specific variable in the following data analysis. It reflects the demand of variable selection for wide datasets with noise; it enhances data filtering by enabling variables(cols) selection, in addition to the normal observation(rows) filtering.

If the variable filtering is based on the percentage of the missing values, the most intuitive thought is to use DATA step to calculate the percentage of missing values for each column of the input dataset, and then collect the variable names that meet the threshold conditions before passing them to a global macro variable for subsequent analysis. Since SAS DATA step includes both character and numeric data types, we cannot define one single array to map all columns of the dataset. Instead, we need to define two arrays to map all numeric variables and all character variables respectively.

In order to build a universal reusable SAS macro, we also need to detect the number of numeric and character variables in advance and pass them to the array definition in the next DATA step. In that DATA step, we use two arrays to access dataset variables and count the number of missing values respectively. When the loop reaches the last observation, it collects variable names through the vname() function which meet the threshold condition, and finally place them into a SAS global macro variable &VARLIST. The SAS macro below demonstrates this logic:

To verify the programing logic, let’s generate a demo dataset WORK.CLASS based on SASHELP.CLASS, the output dataset has different missing value percentage (10.53%, 36.84%, 52.63%) in Sex, Height and Weight columns.

Now we can use the following code to filter columns by percentage of missing values, which is greater than 40%; the Weight column will not appear in the output CLASS2 dataset. 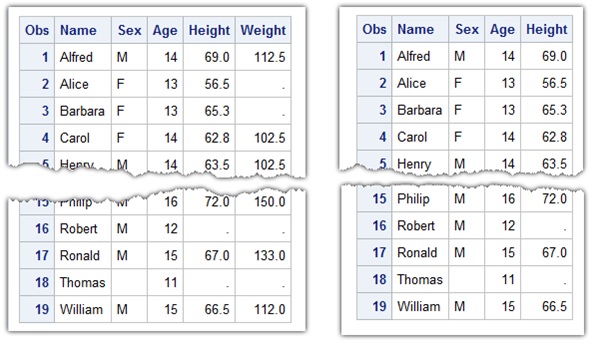 Figure 1: Data before filtered and after filtered

The calculation here for the percentage of missing values is implemented by the user programming in the DATA step. The missing value count is computed separately in two arrays according to the character type and the numerical type. If you want to do it in a single array, you must use HASH object to store the variable name and its corresponding index in that array. Whenever a missing value is detected, we need to check whether the variable is already in the HASH object; if not, then add it directly. Otherwise, look up the table to find the appropriate array index, and then increase the counter to the corresponding element in that array. The advantage of this approach is we only need one array in later variable names collecting phase. The disadvantage is the use of HASH object increases the programming complexity. The complete implementation based on this logic is as follows, it can completely replace the first version of %FilterCols implementation.

In the two macros above, the counting of missing values for each column are implemented by user programming in DATA step, but SAS provides a more powerful frequency statistic step called PROC FREQ. Can we directly use its output for variable filtering? The answer is YES. For example, the following SAS code can list the Frequency, Percent, Cumulative Frequency, and Cumulative Percent of each variable values (including missing values) in the data set.

To get the result of PROC FREQ into a dataset, we just need to add ODS Table statement before running PROC FREQ:

So, the frequency statistics result of PROC FREQ is stored in the class_freqdata dataset. We only need to check the value of variable “percent” for each column. If it is greater than the threshold specified, the variable name is added to the buffer variable _varilist_, otherwise it is ignored; the final value of _varilist_ is placed to the SAS global macro variable &VARLIST for later use. Comparing to the DATA step implementation, the entire code here is much shorter and simpler.

Please note that PROC FREQ would generate output to ODS HTML destination by default. If you want to avoid generating ODS HTML output when generating the temporary dataset “class_freqdata”, you can use the ods html close; statement to temporarily close the ODS HTML output and then open it again anytime needed.

Now the final version of the macro %FilterData unified the two kinds of variable filtering logic, it just depends on the different value of the argument byduprate: If byduprate is not specified or the value is 0, it means filter variables by the percentage of missing values, otherwise it is by the percentage of duplicate values. For the following two code snippets, the former drops the Weight column, while the latter drops the Sex column.

This article discusses how to use SAS to filter variables in a dataset based on the percentage of missing values or duplicate values. The missing value statistics can be implemented by either DATA step programming on your own or reusing the existing powerful PROC FREQ with statistics result for missing values and duplicate values. The five macros in this article also demonstrated how to wrap up the existing powerful SAS analytics as a reusable, general-purpose SAS macro for a big project. The final version of macro %FilterData also demonstrated how to unify filtering variables by the percentage of either missing values or duplicate values in one to make calling SAS macro functions convenient and easy to reuse. To learn more, please check out these resources:

Yinliang Wu
Director of Research and Development at SAS

Yinliang Wu has over 21 years software industry management and business experience. He focuses on data science, parallel computing and visualization such as AI, BI, big data, data visualization, quantitative trading, web crawler etc. Currently he is working on SAS Visual Analytics product family research and development. He received his Master of Science degree from Peking University. He is author of the book SAS 技术内幕 (2018) [Insider of SAS Technology: From Programmer to Data Scientist] and co-author of the book "数据分析实用教程 (2021) [Data Analysis Practical Tutorial] ".