The DATA step has been around for many years and regardless of how many new SAS® products and solutions are released, the DATA step remains a popular way to create and manipulate SAS data sets. The SAS language contains a wide variety of approaches that provide an endless number of ways to accomplish a goal. Whether you are reshaping a data set entirely or simply assigning values to a new variable, there are numerous tips and tricks that you can use to save time and keystrokes. Here are a few that Technical Support offers to customers on a regular basis.

Perhaps you are reading a file and seeing “invalid data” messages in the log or you are not sure which delimiter is used between variables. You can use the null INPUT statement to read a small sample of the data. Specify the amount of data that you want to read by adjusting options in the INFILE statement. This example reads one record with 500 bytes:

The LIST statement writes the current record to the log. In addition, it includes a ruled line above the record so that it is easier to see the data for each column of the file. If the data contains at least one unprintable character, you will see three lines of output for each record written.

The line beginning with CHAR describes the character that is represented by the two hexadecimal characters underneath. When you see a period in that line, it might actually be a period, but it often means that the hexadecimal characters do not map to a specific key on the keyboard. Also, column 15 for this data is a tab ('09'x). By looking at this record in the log, you can see that the first variable contains spaces and that the file is tab delimited.

Writing hexadecimal output for all input

Since SAS® 9.4M6 (TS1M6), the HEXLISTALL option in the LIST statement enables all lines of input data to be written in hexadecimal format to the SAS log, regardless of whether there are unprintable characters in the data:

When SAS reads data into a data set, it is common to encounter values that are invalid based on the variable type or the informat that is specified for a variable. You should examine the SAS log to assess whether the informat is incorrect or if there are some records that are actually invalid. After you ensure that the data is being read correctly, you can dismiss any “invalid data” messages by using double question mark (??) modifiers after the variable name in question:

You can also use the question mark modifiers when you convert a character variable to numeric with the INPUT function:

The above syntax reads all values with the MMDDYY10. informat and then dismisses the notes to the log when some values for the OLDDATE variable are invalid.

The end-of-record markers in text files are different for UNIX and Windows operating systems. If you needed to share a file between these systems, the file used to need preprocessing in order to change the markers to the desired type or perhaps specify a delimiter. Now, the TERMSTR= option in the INFILE statement enables you to specify the end-of-record marker in the incoming file.

If you are working in a UNIX environment and you need to read a file that was created in a Windows environment, use the TERMSTR=CRLF option:

If you are in a Windows environment and you need to read a file that was created in a UNIX environment, use this syntax:

The VNAME function makes it very convenient to use the variable names from an ARRAY statement. You most often use an ARRAY statement to obtain the values from numerous variables. In this example, the SQL procedure makes it easy to store the unique values of the variable Product into the macro variable &VARLIST and that number of values into the macro variable &CT (another easy tip). Within the DO loop, you obtain the names of the variables from the array, and those values from the array then become variable names.

Using a mathematical equation in a DO loop

A typical DO loop has a beginning and an end, both represented by integers. Did you know you can use an equation to process data more easily? Suppose that you want to process every four observations as one unit. You can run code similar to the following:

Using an equation to point to an array element

How often have you wanted to know the hexadecimal equivalent for a character or vice versa? Sure, you can look up a reference chart online, but you can also create one with a short program. The BYTE function returns values in your computer’s character set. The PUT statement writes the decimal value, hexadecimal value, and equivalent character to the SAS log:

When the resulting character is unprintable, such as a carriage return and line feed (CRLF) character, the X value is blank.

Hopefully, these new tips will be useful in your future programming. If you know some additional tips, please comment them below so that readers of this blog can add even more DATA step tips to their arsenal! If you would like to learn more about DATA step, check out these other blogs: 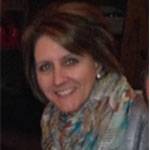 Kim Wilson is a Technical Support Analyst in the Foundation SAS group in Technical Support. She has been a SAS user since 1996, and provides general support for the DATA step, macro, and Base procedures. She has written several papers and presented them at various SAS conferences and user events.