The sas-admin CLI is the main interface; it acts as a wrapper for the other CLI’s. The individual CLI’s operate as interfaces to functionality from with sas-admin. The CLI’s provide a simplified interface to the SAS Viya REST services. They abstract the functionality of the REST services allowing an administrator to enter commands on a command line and receive a response back from the system. If the CLI’s do not surface, all functionality you need, calls to the REST API can be made to fill in the gaps.

The command-line interfaces are located on a SAS Viya machine (any machine in the commandline host group in your ansible inventory file) in the directory /opt/sas/viya/home/bin.

There are two preliminary steps required to use the command-line interface: you need to create a profile and authenticate.

To create a default profile (you can also create named profiles):

You can also simple enter the following and respond to the prompts.

The default profile will be stored in the user’s home directory in a file <homedir>/.sas/config.json

The authentication step creates a token in a file stored in the user’s home directory which is valid for, by default, 12 hours.  The file location is <homedir>/.sas/credentials.json.

The syntax of a call to the sas-admin CLI is shown below. The CLI requires an interfaces(plugin) and a command.

The example shows a call to the identities interface. This command will list all the users who are members of the SAS Administrators custom group.

In this execution of sas-admin:

The built-in help of the CLI’s is a very useful feature.

This command provides help on the commands and interfaces(plugins) available, and the global options that may be used. 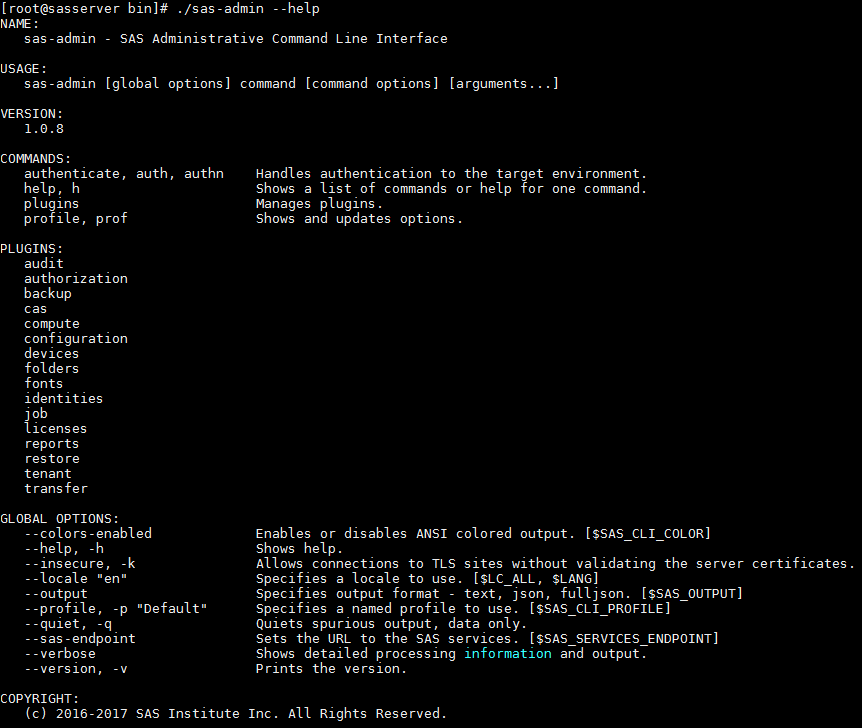 You can also display help on a specific interface by adding the interface name and then specifying –help. 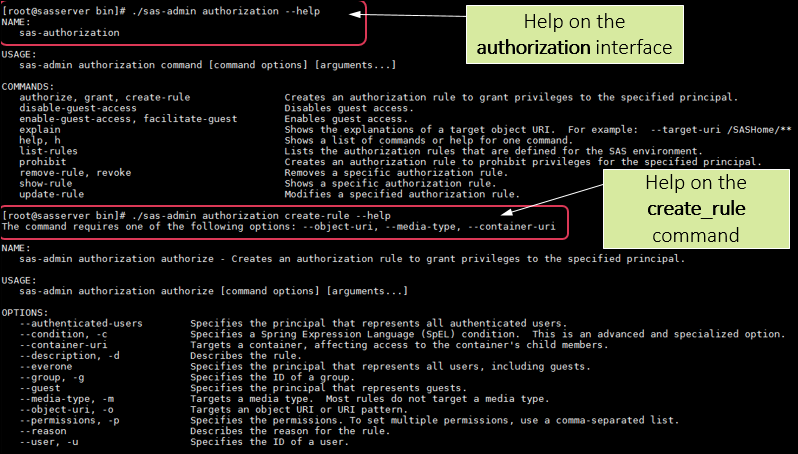 Let’s look at an example of using the command-line interface to perform some common administrative tasks. In this example I will:

Many of the folders commands require the ID of a folder as an argument. The id of the folder is displayed when you create the folder, when you list folders using the CLI and in SAS Environment Manager.

To return a folder id based on its path you can use a rest call to the /folders/folders endpoint. The json that is returned can be parsed to retrieve the id. The folders id can then be used in subsequent calls to the CLI. The rest api call below requests the id of the /gelcontent folder.

It returns the following json (partial)


NOTE: the authentication token($TOKEN) in the rest call is read from the credentials.json file created when the user authenticated via sas-admin auth login. To see how this is done check out the script at the end of the blog.

The next step is to create a folder that is a sub-folder of the /gelcontent folder. The id of the parent folder, and name of the new folder is passed to the create command of the folders interface.

Next using the folder id from the previous step set authorization on the folder. In this call to the authorization interface I will grant full control to the group gelcorpadmins on the new folder and its content. 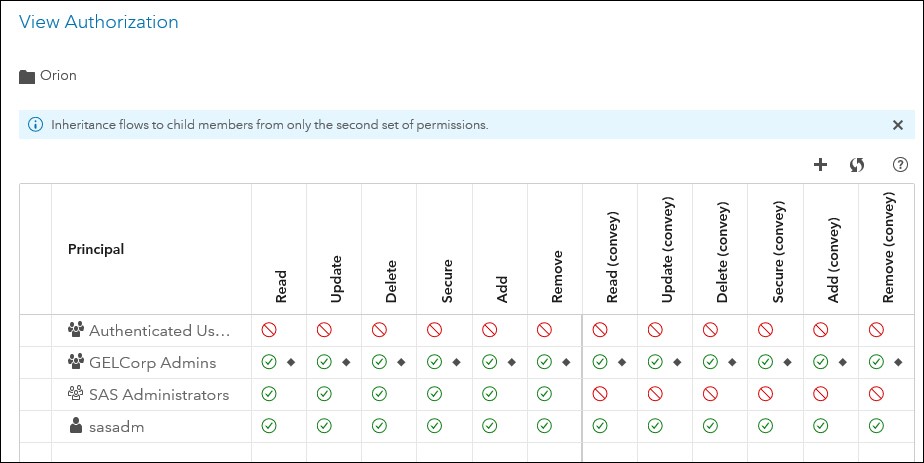 The next task we might perform is to add a caslib and set authorization on it. We can do that with the following calls to the cas interface.

The SAS Viya command-line interfaces are a very valuable addition to the administrator’s toolbox. There is obviously much more which can be done with the CLI’s than we can cover in this article. For more information and details of the available interfaces please check out the SAS Viya 3.3 Administration Guide.