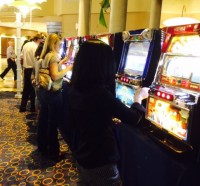 I’ve had the good fortune to support the Pharmaceutical Industry SAS Users Group as their SAS liaison for the majority of their conferences since 1996.   That’s meant a lot to me personally and professionally over the years.  I’ve developed some genuine friendships with the dedicated volunteer leaders who organize the conference, and I’ve been able to indulge my armchair interest in the pharma industry up close.

Each conference I’ve supported has been memorable and unique.  Here are my top 5 surprises from this year’s conference, which was attended by over 650 SAS users, May 17-20 in Orlando, Florida.

# 1 – I work with some pretty cool co-workers with very diverse backgrounds. One of them was telling me how she started off as a music major in college (Percussion Performance, no less). But as time marched on (pun intended), she found that her love of math and passion for helping people led to her current role at SAS in our Life Sciences Division. Now she has a direction connection to improving people’s lives with the pharma projects that she supports.

# 2 – Interest in this conference has always been far-reaching, with attendees typically coming from more than 12 different countries each year. But this year, there was a Junior Professional Award winner that traveled all the way from Australia to learn more about SAS. That’s dedication!

# 3 - Spending free “money” is fun – which really shouldn’t be a surprise. SAS sponsored a casino night for attendees that included play dough that you could use to try your luck at blackjack, roulette, craps, and even slot machines. It seemed just like Vegas, but the dealers didn’t have attitude, and the air was free of cigarette smoke.

# 4 – The most unusual prize I’ve ever seen at a Closing Session was the drone (camera) that one of the 40 exhibitors gave out to a stunned winner. You should have heard the “oohs and ahhs.”

# 5 – A Florida thunderstorm can shut down an airport in no time flat. I saw the lightening from a distance first, heard the pounding rain next, then the announcement that the airport was closed because it wasn’t safe for the baggage handlers to be on the ground outside. I had to agree. Fortunately the storm was quick, and I was delayed only 30 minutes on my journey back to RDU and SAS headquarters in Cary.

Next year’s PharmaSUG will be May 8 - 11, in Denver, Colorado.   Mark your calendars now and be prepared to be surprised in a good way. 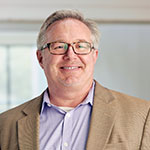