This blog is not about the original movie The More the Merrier (1943) or its remake, Walk, Don’t Run (1966), which I’ve actually seen a couple of times. It’s actually about the wide variety of descriptive statistics available in SAS Visual Analytics—and when you want to examine the characteristics of numeric data in your report—the more, the merrier. 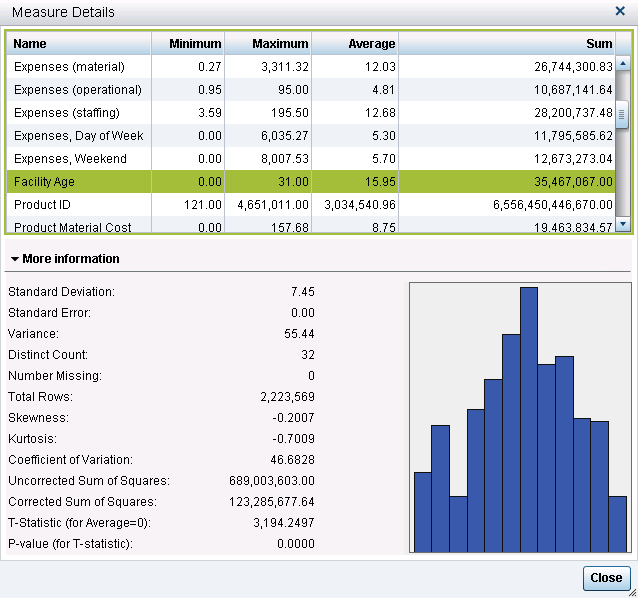 These statistics can generally be classified as three general types:

These statistics help you understand the characteristics of the data you are working with and provide preliminary information on how the data is distributed. These measures are important because most statistical tests have certain assumptions attached to them, such as the data is normally distributed, or assumptions about the level of measurement of the variables (e.g. that the variables be nominal or interval).

Once you know the structure of the data, such as its distribution, its central tendencies and so on, you can then determine the appropriate statistical test or technique to apply. These additional statistics also provide information that could indicate the need for data transformation if you intend to use the data to build statistical models using SAS Visual Statistics.

What do they tell us about the data?

So what information do these additional statistics provide? Let’s take a look at each one in a little more detail.

Variance – another measure of dispersion or how spread out the data is. Variance is a measure of the average squared differences from the mean. For each observation, subtract the value from the mean, square it and add them all up (which is the corrected sum of squares), then divide by the number of observations and you have variance. Note that the variance here is 123,285,677.64 ÷ 2,223,569 = 55.44.

Kurtosis – another measure of shape. Kurtosis indicates whether the data is spread out towards the tails or ends of the curve. Kurtosis is a relative measure. The measure is relative to a normal distribution with the same mean and variance. Positive means it has heavier tails than the normal and negative means it has lighter tails than the normal.

Uncorrected sum of squares – another measure of dispersion, it is the sum of the squared values.

Corrected sum of squares – another measure of dispersion, it is calculated as a summation of the squares of the differences from the mean.

P-value (for T-statistic) – calculates the probability of observing a value at least as extreme as or more extreme than the one observed. In this example, it is the probability that the sample average of 15.95 or larger or less than -15.95 or smaller will be observed if the true mean equals zero. As our p-value is very small here, certainly less than .0001, we can conclude that it is highly unlikely that the true mean of the population equals zero.

In conclusion, having these descriptive statistics at your fingertips provides a heads-up in terms of performing exploratory data analysis, which is a necessary first step before modeling. If you’ve used Base SAS, SAS/STAT or SAS Enterprise Guide to provide this type of information, you will be glad to see that the work has already been done for you in SAS Visual Analytics and it is done at lightning speed! 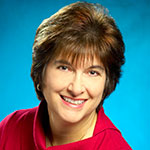 Marjorie Shelley is a Principal Technical Training Consultant in Global Enablement and Learning, where she focuses on creating training assets that cover all areas of SAS analytics. She has been with SAS for over 20 years, the first 10 spent as a Systems Engineer in Sales and the last 10 in internal training.