In another example, many universities use a weighted average for calculating grades and GPAs. Many colleges put more weight on core classes than those not required for a major or concentration. A weighted average can reveal a more accurate GPA, focusing on those grades that matter most. 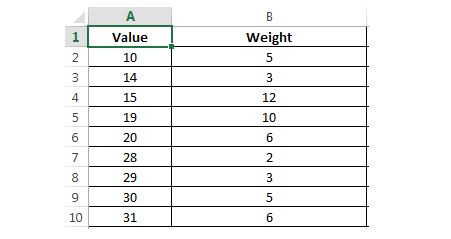 You can choose to import your data using the Visual Data Builder, or load it into LASR server through the Visual Analytics Administrator. Once your data has been loaded, open up a new Exploration window and select “New Calculated Item” under the “Data” menu item, as shown below: 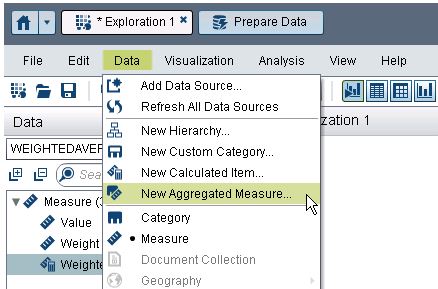 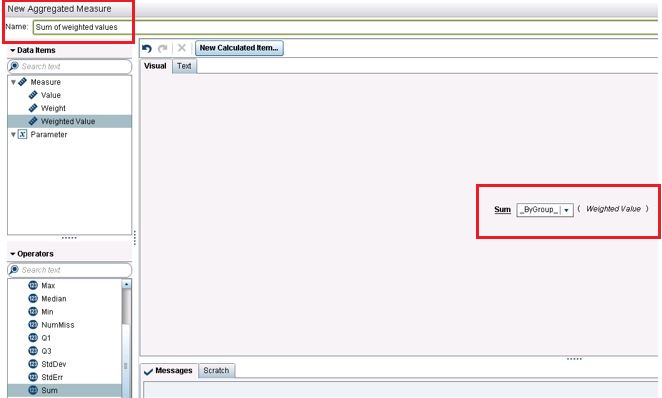 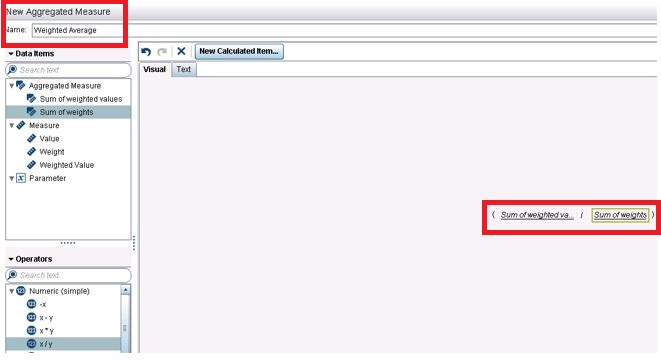 If you want to verify your work, simply drag all your variables, calculated items, and aggregated measures to the work space and visualize them as a crosstab. 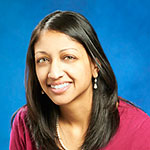