In my first episode of "Adventures in SAS Administration", I want to share how I discovered that "software not licensed for this platform" may actually mean "this software is only licensed to be installed according to a plan".

If the system hangs here and does not display the Choose Language dialogue box, it usually means something is preventing the Java engine from firing up the install process.  Check to make sure:

Once presented with the Choose Language dialogue box, it is usually smooth sailing from there. Except not for me recently, which is what prompted this post.

How I picked the wrong option

Administrators have the option from here to install according to a plan file or to choose from a list of all the software contained in the depot or on the disk (this is done using the option labeled Install additional software).  You also have options to create a depot or modify one, but I won't get into the meat of those options at this time as I want to focus on the actual install.

A SAS plan file is a pre-constructed XML file that provides instructions for the SAS Installer on which products are to be installed on a given machine. Typically, you would create a plan file for a complex installation across multiple machines. These plan files are created on the SAS website, and you can get more information on the process at support.sas.com or from your SAS sales representative.

Since I simply wanted to install some EBI client tools  (Enterprise Guide, Cube Studio, etc.) on end-user XP workstations, I didn't bother with installing from a plan (although I knew there was one already constructed for our site by SAS as part of their original install and config service). I chose Install additional software, selected the components I wanted to install from the list and then pointed the SAS Installer to our SID file when prompted by the wizard.  It's a pretty straightforward process, and I've done this a million times without incident for other clients.

Suddenly, a SAS Installer error came out of nowhere and blindsided me: 'Software not licensed for this platform'.

What I did to troubleshoot the problem

Cue my review of the SID file (it's a straight text file).  Under platform, it listed "Microsoft Windows Server". Aha! I patted myself on the back for my obvious brilliance in troubleshooting. I assured myself that we simply had the wrong SID for a workstation install. Naturally, I called SAS contracting and requested our SID for workstations. They couldn’t locate one for our site.

But wait! We already had several workstations in the field running the SAS EBI software successfully. I pulled the site number from those machines (because they must have had a valid SID associated in order to install the software on them), and they match the site number for the SID file I already have. This means somehow, someway, the SID file that is now giving me errors was successfully used to install the EBI tools on workstations already.

The SAS Installer then prompted me to select which machine (tier) in our plan I was attempting to load (for example, our SAS application server, our web server, or client machines). I chose client machines, moved through the rest of the wizard prompts, ready to record the error and.....no error.

And so it was that I discovered that "software not licensed for this platform" may actually mean "this software is only licensed to be installed according to a plan". 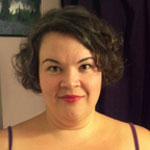 Jenni Parks is a seasoned Systems Administrator who has been working with SAS in the federal sector as a SAS Platform Administrator since 2006. She was thrust into a complex implementation project at hire and her continued successes in designing, deploying, and administering SAS EBI platforms has highlighted her value to the companies and clients she has worked for as well as the SAS user community. She attends DCSUG meetings as she is able and is a frequent SAS Global Forum attendee. In addition to her roles at CSC as a SAS Consultant and SAS Strategic Partner Development Lead, Jenni is also enrolled as a graduate student in the Master's program for Computer Science and Information Systems at the University of Michigan-Flint. When she's not racking up billable hours, Jenni typically spends her time researching and constructing gourmet menus for fabulous dinner parties or jet setting to foreign countries on weekends to indulge in airline status climbing (mileage running).