So, here we are – back to our normal routines of school, work is in full-swing, and the Toronto Area Users Group (TASS) starts up again.  I really wish everything else started off this fall as well as TASS did – talk about an exceptional group of presenters, talks and people!  As always, the morning was on Classic SAS-related topics, starting off with Art Tabachneck and Matt Malczewski welcoming us and talking a bit about some new items in the world of TASS.

Art talked about a new feature proposed to be a sort of “Coder’s Corner”; people will submit their question one month prior to the TASS Meeting and Art will find experts to help them.  The answers will be given either in a one-on-one session (akin to Code Doctors at the Regional Conferences), or a presentation will be given with the solution.  I think this a brilliant idea as there are many different approaches to solving a problem, and I like learning about new ones (see the Interfaces section for another great Art-provided example of different approaches to one goal).

Matt, always a highlight of the TASS meetings with his energy and updates to the SAS world, talked about how the SAS Canada Users Group turned 10 years old with 20 distinct groups and thousands of users and hundreds of presentations.  Happy Birthday! I’m really proud to be involved in a group that has grown so big so quickly!

Matt also talked about SAS for SMB, a website that has information on developing a Road Map, Data Management, Analytics and Forecasting, and Reporting.  As always, he briefly talked about High Performance Analytics, which I know is of great interest to people in the room, and then touched on the regional and global conferences.  I’m really hoping that there will be a solid Canadian presence at the NESUG Conference in November, held in Baltimore, Maryland!

Matt then introduced  Chris Hemedinger (if “introduced” is the right word for such a SAS celebrity!), also known as The SAS Dummy.  Chris was giving his first of four talks (and one breakout session) on Windows Powershell and SAS.  Not something I thought I could ever use.  I was intrigued by Chris’ very simple explanations and examples.

Powershell allows users to create automated tasks that are customized to their need.  It is a scripting language in Windows 7, and similar to the UNIX shell, with many classes similar to the UNIX environment.  You can use Powershell and SAS to gather information on the processes running on your PC / server, allowing for analyses on the environment. This is obviously of great use to administrators and others involved in systems analysis.  You can also export from SAS to Powershell to Microsoft Office (via a CSV), thus making this an even stronger tool in a SAS User’s toolbox.

Although there is a SAS Viewer utility, allowing for non-SAS users to open SAS data files, there is not an official one for Enterprise Guide.  Using Powershell, a script can be written that allows someone to tap into and see the EG file, once again taking SAS users to a whole new level of efficiency.  Chris’ blog, The SAS Dummy,  is literally packed to the rafters with amazing ideas like this. The TASS Group was lucky enough to see him present again!  (As a side tip, going to Google and typing SAS Dummy and then a search-term will pull results from Chris’ blog, something I plan on using frequently!).

The next talk was by Michael Lerner, punster and statistician with the Government of Ontario.  His talk, “A Matter of Some Weight” was about Negative Binomial Regression and how he was unable to get results with a creative solution.  He was dealing with non-integer weights (eg 453.2) and could not figure out how to use SAS to do the regression.

Michael realized that PROC GENMOD and PROC COUNTREG (in SAS/ETS) have different definitions for weight.  In PROC GENMOD, weights modify the dispersion parameters in the model. In COUNTREG, SAS multiplies the log-likelihood by the weight attached to each observation.  Obviously this would cause a problem and, from Michael’s example, provides vastly different results.   Michael ended with a couple of tips that I think apply to any situation in analysis:

Believe it or not

Chris Hemedinger than presented a talked called “More than Doubled: Implications of Moving from 32-bit to 64-bit SAS on Windows”, and started off with dispelling some myths. Check out the four myths below in blue:

Right off the bat, I know a lot of people in the audience had their software-reality shaken by this.  Using Microsoft Office 64-bit requires a change in the way SAS exports data; using PROC EXPORT….DBMS=Excel will result a Connection Failed error.  SAS requires the DBMS=ExcelCS option, and may accept the DBMS=XLSX extension (since SAS 9.3 Maintenance 1).  Chris, although being on the Enterprise Guide Development team, advised us that we should not use the 64-bit version of EG as there are frequent disconnects to other applications and there is no real advantage gained from having it.

We then split up to the Breakout Sessions, Michael Lerner taking the Statistics group and Chris taking the Enterprise Guide section.  Wanting to take full advantage of Chris’ availability, I decided to forego the stats group.  Chris talked about the improvements in 5.1 (data explorer, allowing for quick statistics and filtering, parallel processing, etc.) but the two features of EG I was most excited to learn about were Task Templates and Query Templates.

Just as their names suggest, these are saved settings for graphs and  data mappings that can be carried over.  With these templates, fonts used in labels etc. are carried over but anything related to data will only be applied to variables with the same name.  This makes sense as if I have a variable called “Var1” and I want EG to map a style to “Var5”, it won’t know what to use.  However, the labels etc. will make my life a lot simpler, and I am planning on learning how to use them in the coming weeks.

So, after a fantastic morning session, I was giddy with anticipation at what the afternoon talks would bring – and I wouldn’t be disappointed! Check back next week for TASS, SASDummy, and I  - Part II 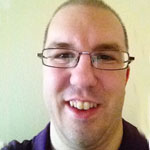