Elections are in the news again, therefore I have been on the lookout for interesting graphs. I recently found some graphs of the Census Current Population Survey (CPS) Voting and Registration Supplement data, and tried to improve them. Follow along if you're interested in voter data, or creating better graphs!

Here in the US, a census is taken every 10 years to count every person in the US, and collect a variety of data about them. But we also need to get a feel for how things are going more often than every 10 years, therefore we survey a subset of the population. The Current Population Survey (CPS) is a monthly survey of about 60,000 US households conducted by the United States Census Bureau for the Bureau of Labor Statistics (BLS). On election years, there's a Voting and Registration Supplement for the month of November, and here's one of the graphs of that data I found in the Census Blog: 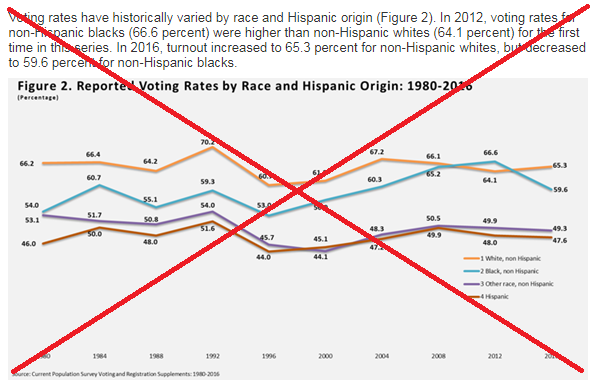 A few problems jumped out at me:

I think it's poor form to complain about a graph without creating your own version, therefore I created the following (using SAS software): 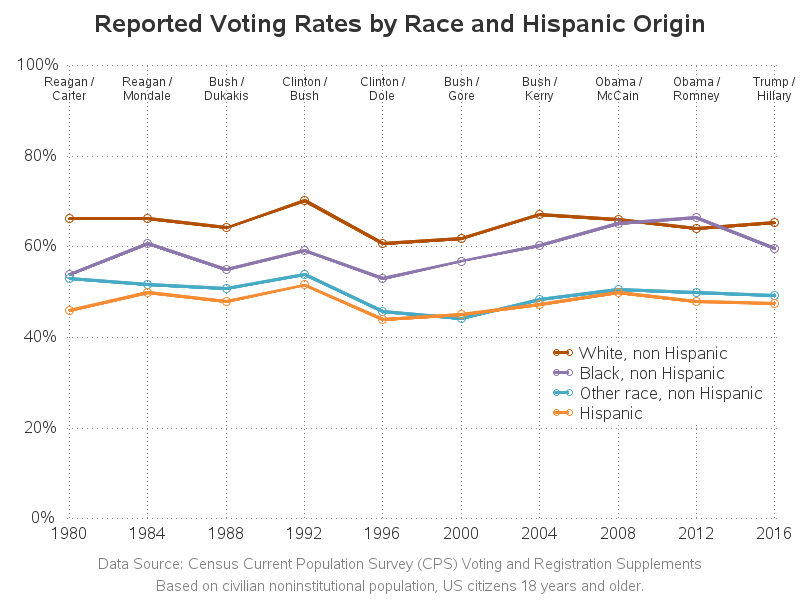 Here are some of my improvements:

Looking at voting rates by race is interesting, but it might not be so important if a race comprises a very small percent of the population. This next graph from the Census blog takes that into account, and showing the % share of voters by race, for each year. 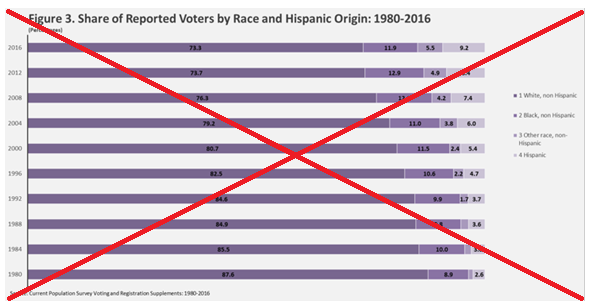 But the Census bar chart also had a few problems: 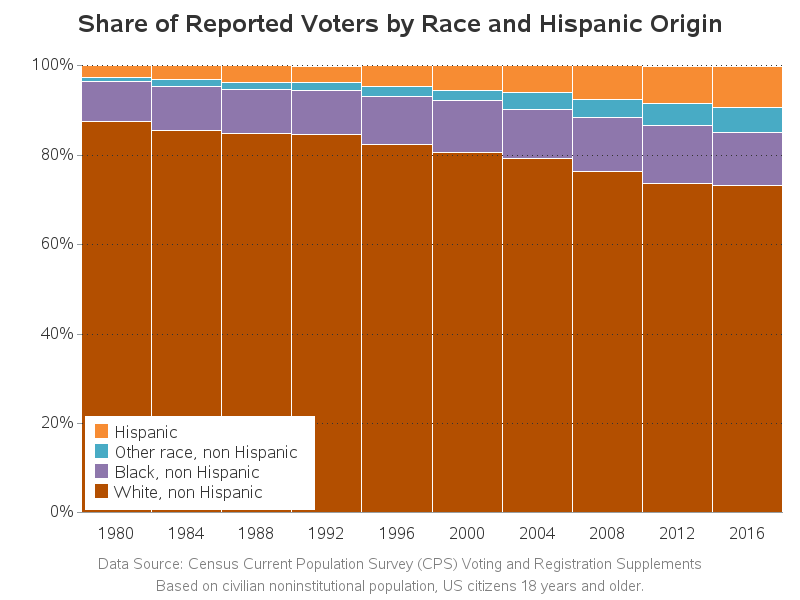 Here are some of my improvements:

Were there any surprises in these graphs? What other voter information might it be interesting to plot, and is that information actually available? Remember - since our elections are secret-ballot, and the voter registration data is controlled by each individual state, a lot of the statistics about voters are based on voluntary surveys, and might not be 100% accurate!