You've probably seen in the news that a volcano erupted in Guatemala recently. But do you really know much about this volcano, or even where it's located? Hopefully this blog post will get you up to speed on your volcanology!

Pictures of a recent volcano erupting in Hawaii show slow-moving lava flows creeping towards houses, cars, and the ocean. By comparison, this volcano in Guatemala sent rivers of pyroclastic flow (a hot high-density mix of lava blocks, pumice, ash, and dangerous gases) down the side of the mountain, covering roads and villages (in particular, El Rodeo, which is on the southeast side of the volcano). The BBC says pyroclastic flows "can reach a speed of up to 450-mph and are considered to be the most deadly volcanic event because they are impossible to outrun and can travel for miles."

One of my old college friends, Tracy, is from Guatemala, and here's a picture of the eruption a friend of hers let me use for this blog... 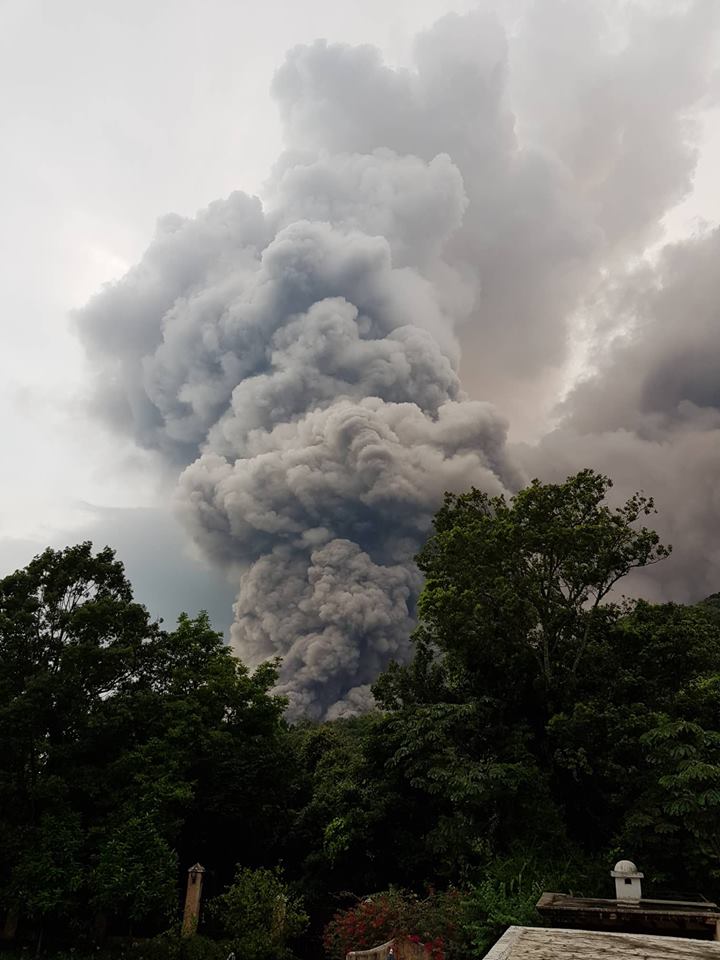 OK readers - quiz time! Do you know exactly where this volcano is located in Guatemala? ... Or, do you even know where Guatemala is located?!? (No, it's not in South America!) Sounds like we need some maps! ...

To create this map, I first downloaded data about all the world's volcanoes from the Smithsonian Institution website. I imported their spreadsheet into SAS using Proc Import, and found that it contained a wealth of information, including latitude/longitude coordinates for each volcano. I used Proc Gproject's latmin/longmin/latmax/longmax options to subset the world map and the volcano data, to just show the general area around Guatemala. I used Proc Gmap to draw the map, and used annotated markers (function='pie') to indicate the locations of the volcanoes.

Click the image below to see the interactive version, with HTML mouse-over text showing detailed information about each volcano, and you can click each volcano marker to see a Google satellite map zoomed-in on that location. 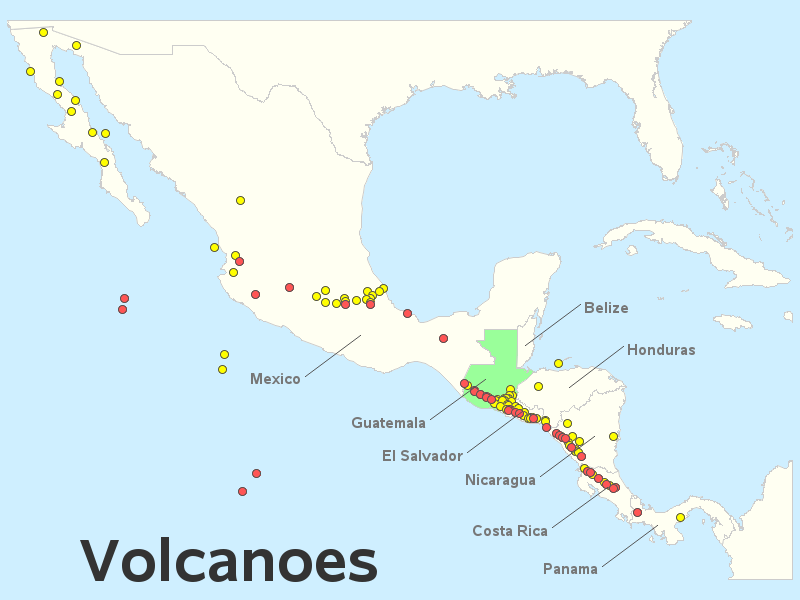 Now that we know where Guatemala is located, let's zoom-in to see just that one country. I also added a label to the specific volcano that is erupting - it's called Fuego, which means Fire in English. You can also click this image, to see the interactive version with mouse-over text and drill-down links to the Google satellite maps. 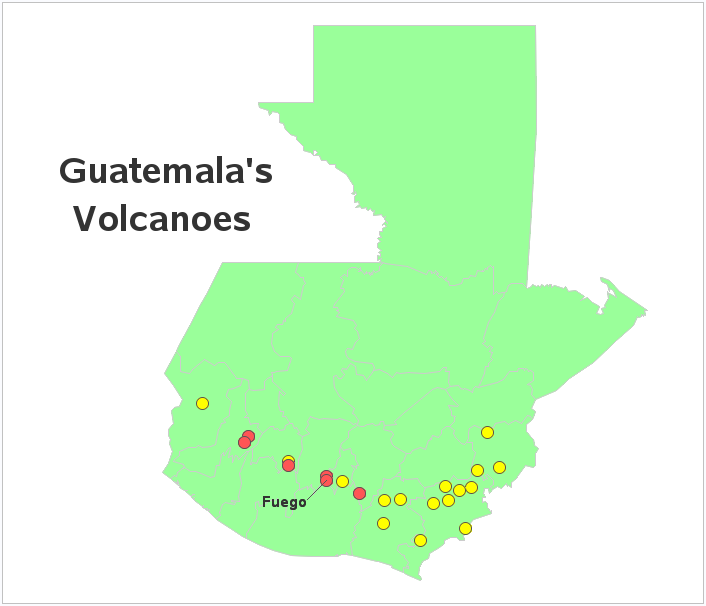 And below the maps, I've also got a table. I color-coded the table the same as the markers on the map, and added links to the volcanoes' pages on the Smithsonian's website. Click the partial screen-capture below to see the full table: 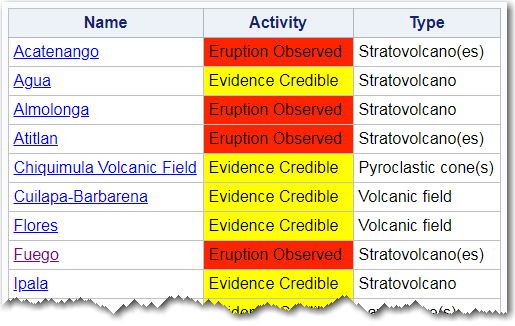 Once you've read up on this volcano, perhaps you'd like to help out? If so, here's a link to a gofundme page one of Tracy's friends since childhood set up. The money will go to local burn centers (for things like latex gloves, sterile bandages and basic burn victim needs), local shelters (to provide food, clothing, and water), boots for the firefighters (their boots are melting and falling apart in the intense heat), and rebuilding.

Do you have any experiences (good, or bad) with a volcano? Feel free to share in the comments!