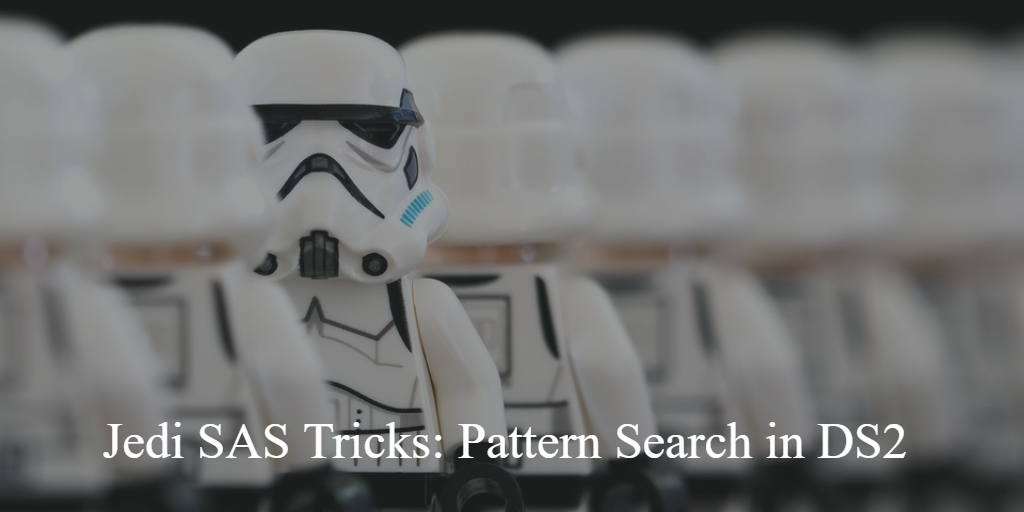 Finding a pattern like a phone number or national ID number embedded in text can be difficult and time consuming.
The traditional DATA step has a family of functions (collectively referred to as PRX functions) that allow using Perl regular expressions in your SAS programs to make pattern search easier. However, all of that power comes at a cost, and using PRX functions can significantly increase processing overhead. The PRX functions were also implemented in DS2, allowing threaded processing, which somewhat mitigates the performance issue. But a new pair of predefined packages in the SAS 94.M5 release of DS2 have made pattern search easier and more performant. Initial benchmarking by the development team indicated a performance boost significant enough that the PRX functions will be deprecated in future versions of DS2. Personally, I find the package syntax easier to write and remember than the various and sundry PRX functions.

The program produces this report:

We can easily see that the process is finding and extracting the SSNs embedded in the text.

This program uses the PCRXFIND package instead of the PRX funtions to find the SSN patterns:

It produces a report identical to the previous program:

Let's say we would rather redact the SSNs in place rather than extract them from the text. For this, we'll use the PCRXREPLACE package. The PCRXREPLACE package includes only two methods - PARSE and APPLY. PCRXREPLACE also supports the 'global' regular expression flag (g). With the global flag set, all occurrences of the pattern will be replaced, no matter how many times it is found. Here is an example:

This does the job quite nicely:

I think this is the beginning of a beautiful friendship with the new DS2 PCRX packages!

As usual, you can download the code from this link. Until the next time, may the SAS be with you!
Mark