I recently saw an alarming article on social media about an outbreak of airborne plague spreading from Madagascar to Africa (and potentially to the rest of the world). The plague?!? - I thought that only happened hundreds of years ago?!? I don't really trust news on Facebook, so I went to the CDC website to verify, and sure enough there is currently an outbreak of pneumonic plague in Madagascar. This made me ask "how common or rare are cases of the plague in modern times, and where do these outbreaks occur?" Which of course seemed like a good topic for a graph!

But before we get into the data analysis, here's a picture of my friend Becky's daughter Jessie dressed as a plague doctor for Halloween. I'm happy to report that (at least so far) this suit has protected her from contracting the plague. :-) 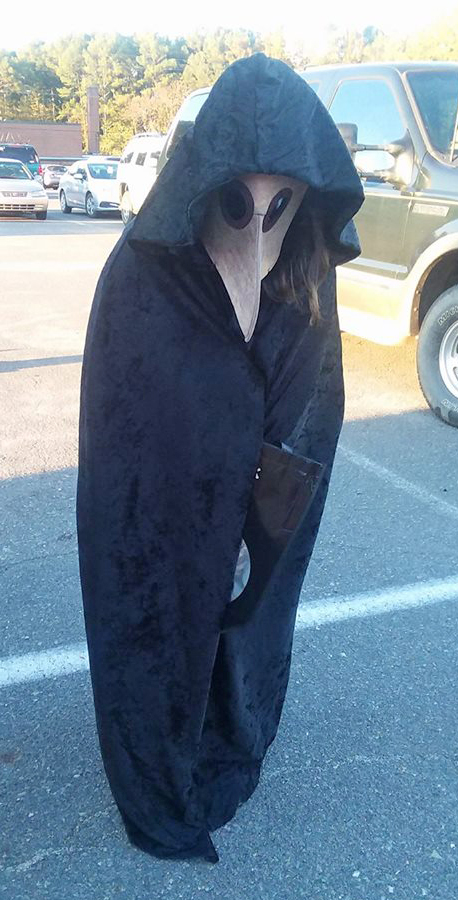 Now, let's look at some plague data! ... I did a bit of Web searching, and found the following map which answered some of my questions. It showed where cases of the plague have been detected in the 21st century, and how many people have contracted it. 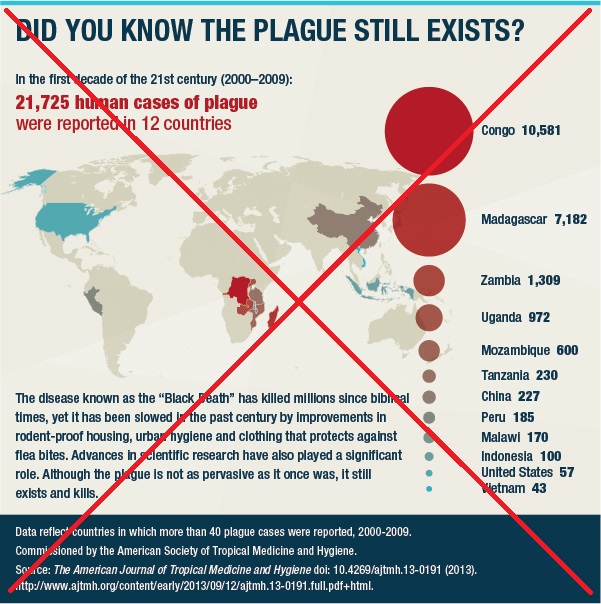 The map looked pretty good at first, but as I studied it I noticed several visualization problems - things that you might want to "avoid like the plague" when creating your maps and infographics. (See what I did there?!?) Here's a list:

In my version, I tried to fix all those problems. Also, you can click the image below to see my interactive version, with html mouse-over text for everything in the infographic, and a drill-down link on the footnote so you can easily go to the research paper (without re-typing the URL). 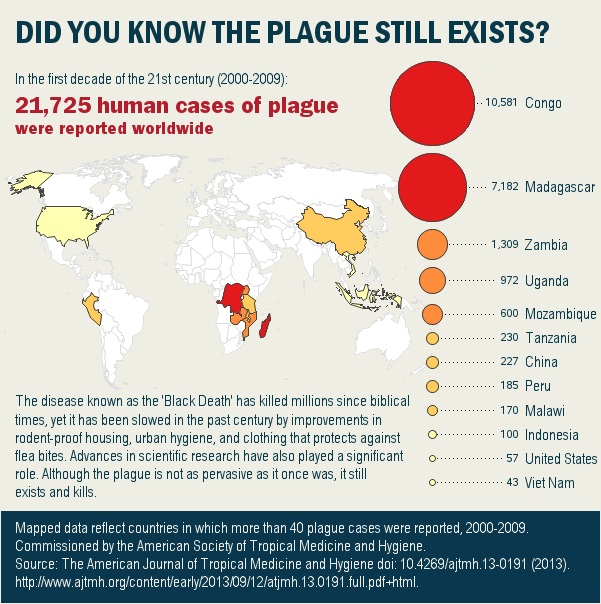 Hopefully you've learned a little about the plague, and also some tips about graphical mistakes to avoid ... indeed, things to "avoid like the plague!"