These days, more and more people move to where the work is. And for many people in Europe, that 'where' is Germany. I recently saw a map of Germany, that showed which country had the most foreigners living in each area. It was an interesting map, but I thought I might be able to make a few improvements...

Below is the original map from the article, and a list of some things I wanted to improve about it: 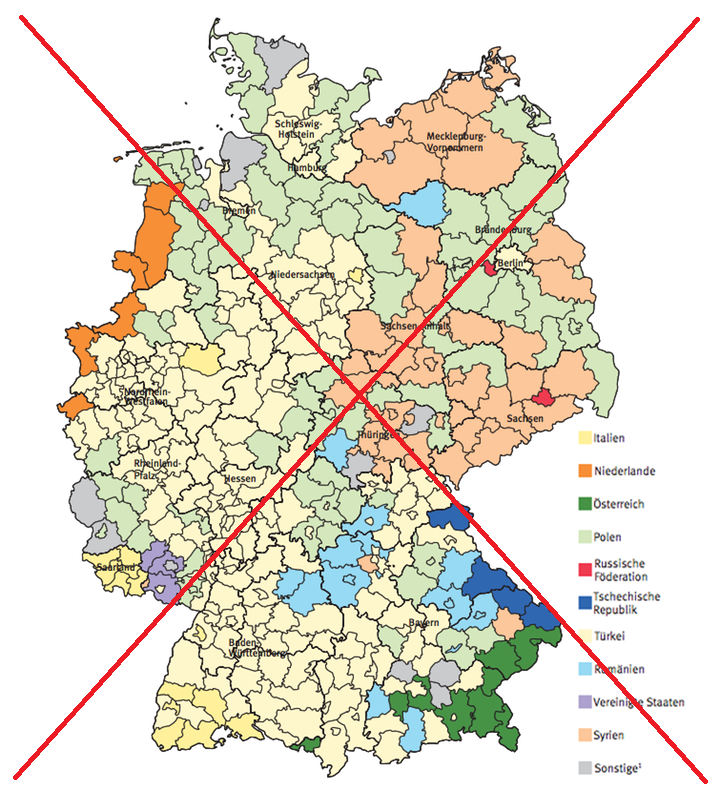 Before we move on to my new version of the map, here's a photo to get you into the mood for Germany. My friend Courtenay took this photo in the heart of the Black Forest on her recent visit. Here's a question to tie the photo in with the map - what is the predominant group of foreigners living in the Black Forest area? Wikipedia says the Black Forest is located in southwestern Germany, and from the map in the article (above), it looks like the foreigners living in that general area are probably from Turkey or Italy. Perhaps we can get a more exact answer with my new/improved map(?) 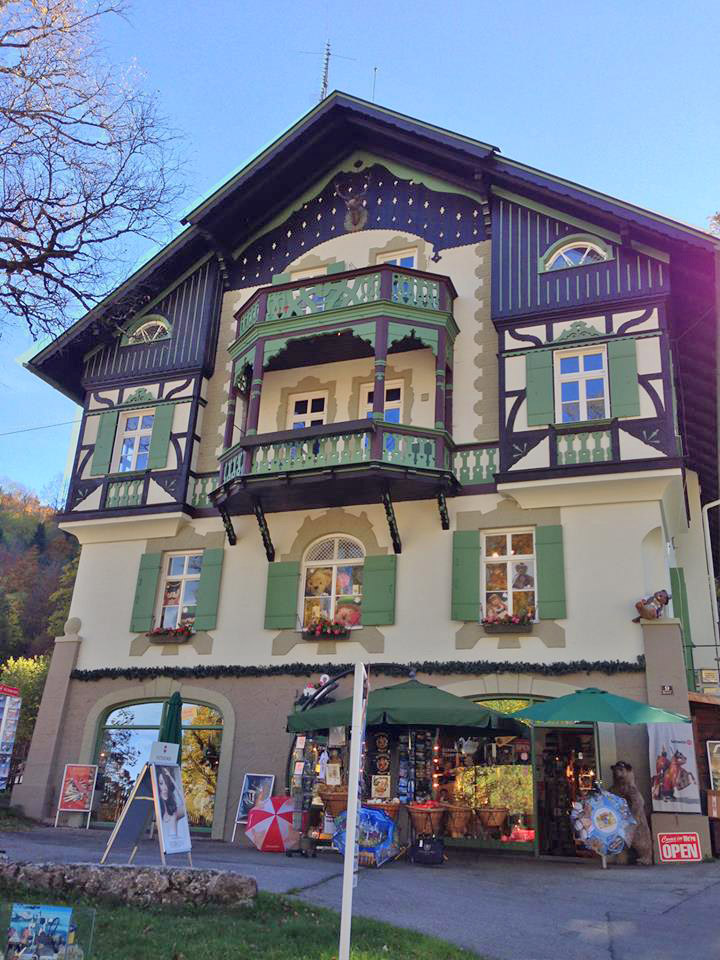 Here's a list of the improvements I made, and then an image of my new map (below): 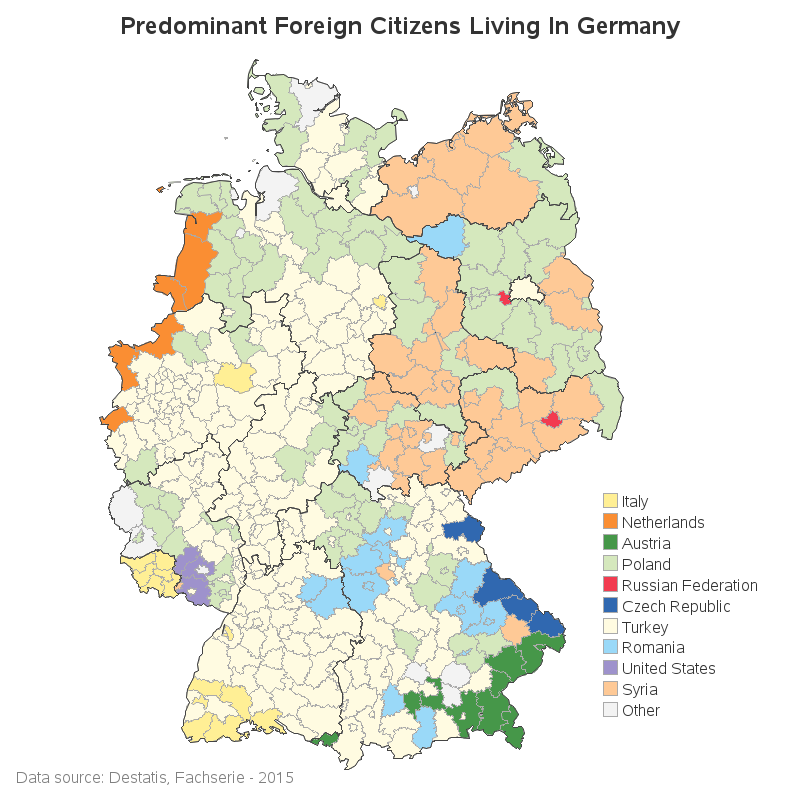 And now, back to the Black Forest question ... Wikipedia says it's in the state of  Baden-Württemberg, and now I can easily see the extent of that state, using the darker black border (whereas before I just vaguely knew 'southwestern Germany'). The highest peak in the Black Forest is Feldberg, and that is in the district of Breisgau-Hochschwarzwald. I moused over the areas in southwestern Germany, and quickly found one with that name in the mouse-over text. Now I know that foreigners from Turkey are predominant in the area of the Black Forest's highest peak.

In addition to the map showing the predominant foreigners living in each area, it would also be interesting to plot the number, or percent, or per-100,000. I think a separate gradient shaded map for each country would be ideal. It's always best to plot the data in several different ways to more fully understand it.

And now for a 'fun' picture  ... this one's from my friend Mark, who lives in Germany. It is a picture of a goat, riding on a sheep, in Heidelberg. I guess you could say the sheep is giving the goat a Lyft! ;-) 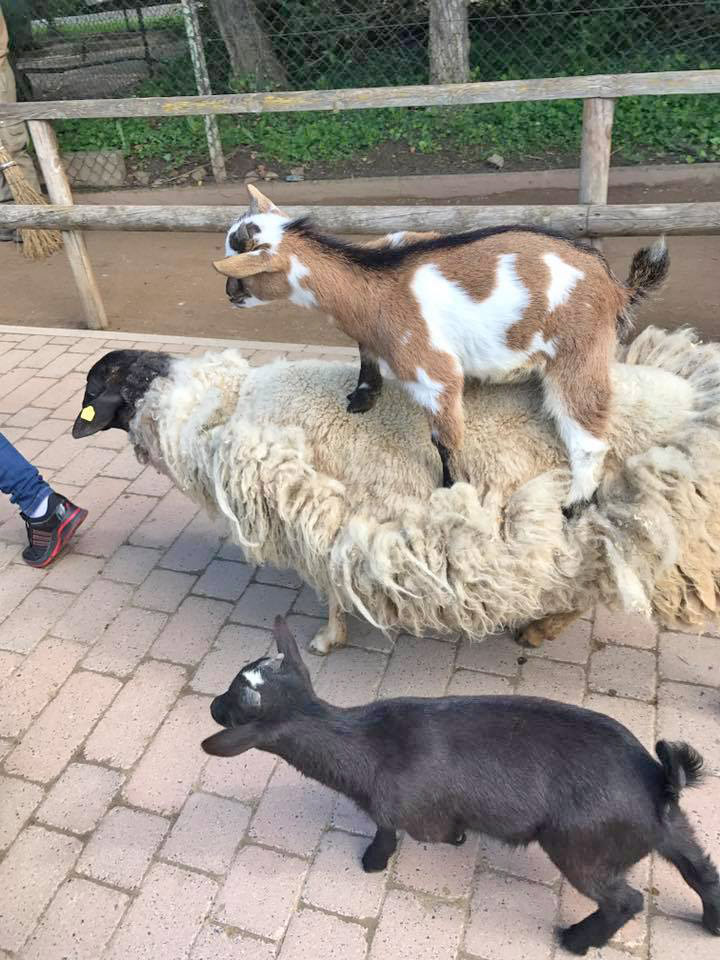