I ran across a map recently that seemed to show a lot of US states are primarily coal-powered. The map was a little difficult to read, so I decided to give it a SAS makeover ...

Before we get started, here's a picture my friend David took of the Shearon Harris Nuclear Power Plant, here in NC. We have 3 nuclear plants in our state, and this is the one that provides power for the SAS headquarters. 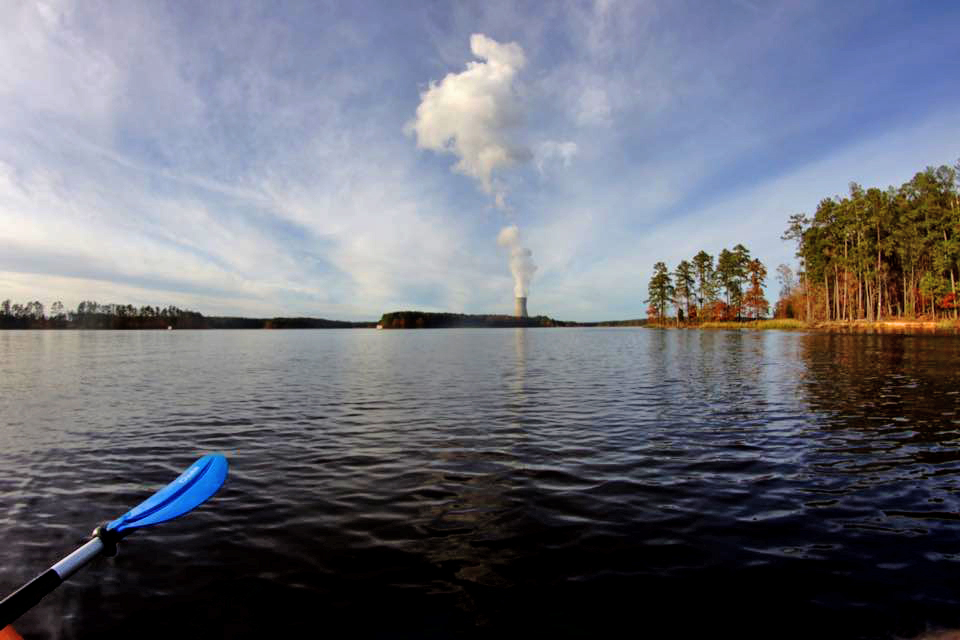 I recently found a web site called metricmaps.org that shows maps of many interesting things. While perusing the site, I found the following interesting 'energy source' map.

In addition to the counties being colored by source, each state also had a label showing the primary source of energy produced in the whole state. I think the state data is actually more important than the individual counties, but their state labels were very difficult to read.

So I set about creating my own map. I decided to split it into two separate maps - one for state, and one for county. With the state map, you can easily tell with a single glance that many of the states still use coal as their primary source of power (see the coal-black states below). 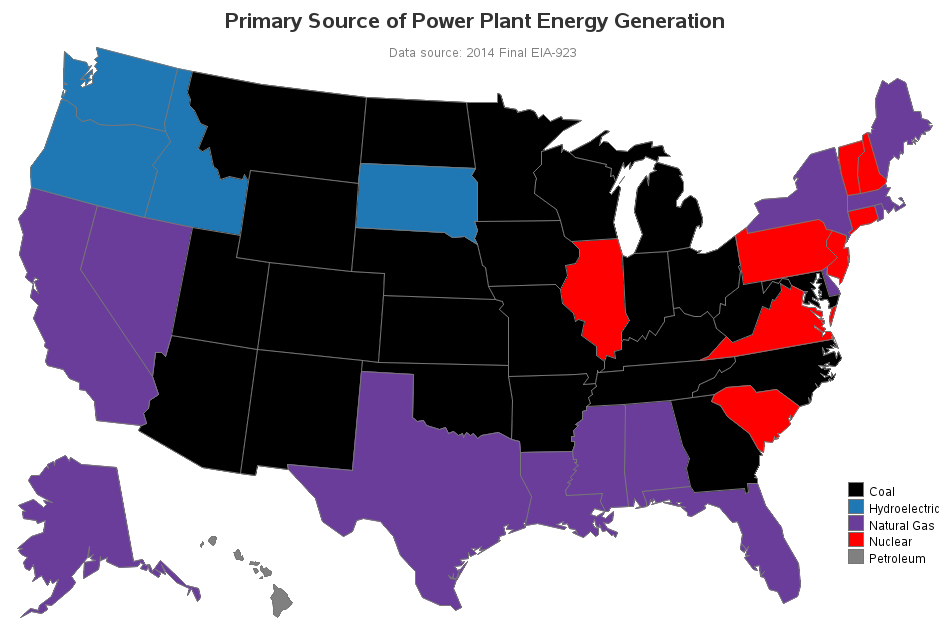 The county map was a bit more difficult to make a nice clean/simple version of. First, I simplified the title, and made it more clear exactly what data is being shown. Also, since there were too many colors to easily discern, I decided to eliminate the (light yellow) color for the counties with no data. And if you click the map below, you can see my interactive version with html mouse-over text (with the county name, and the amount of energy produced from that source). 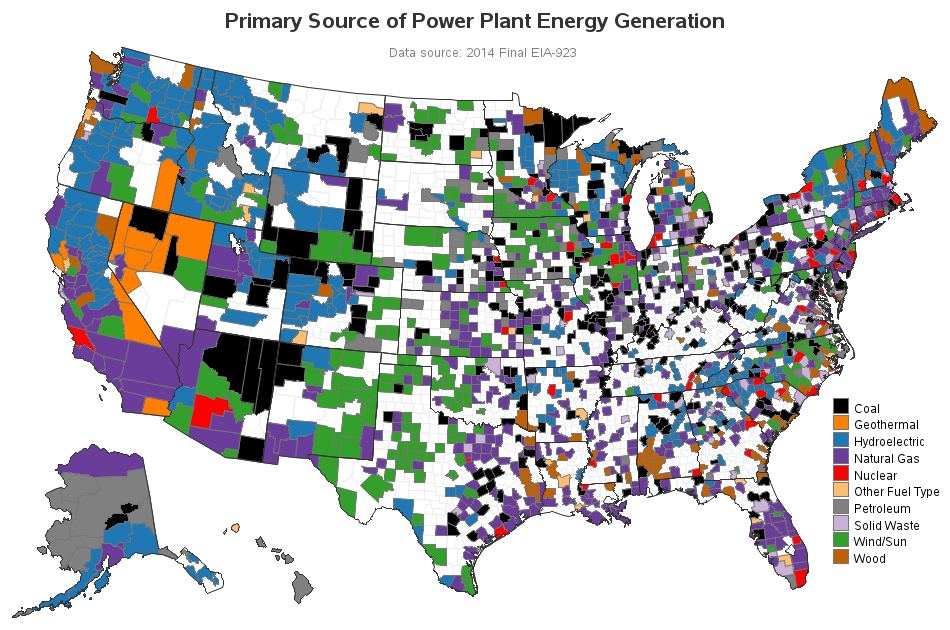 If you live in the US, how did your area do in this map - is the primary source of energy produced in your county & state what you thought it would be? (In my case, I thought NC would be nuclear rather than coal.)