Did you know you could drive 74 million cars using the wasted natural gas that is flared from oil wells and refineries? Learn more details in this blog post!

Flaring (burning) is commonly used to dispose of natural gas produced at oil and gas facilities that lack the infrastructure to capture it all. If you've ever been around an oil field, you've probably seen the flares burning (they're especially visible at night). How much potential energy is wasted by flaring the gas instead of capturing it? ... A lot!

Here's a picture of the flame in my gas furnace at home. I wonder how long I could heat my house, using all that natural gas wasted in flaring? ... Millions of years, no doubt!

While perusing the Internet for data to plot, I came across an interesting study where they identified the locations of oil wells, refineries, and natural gas processing facilities that flare natural gas. In their study, they created the following map to show the locations: 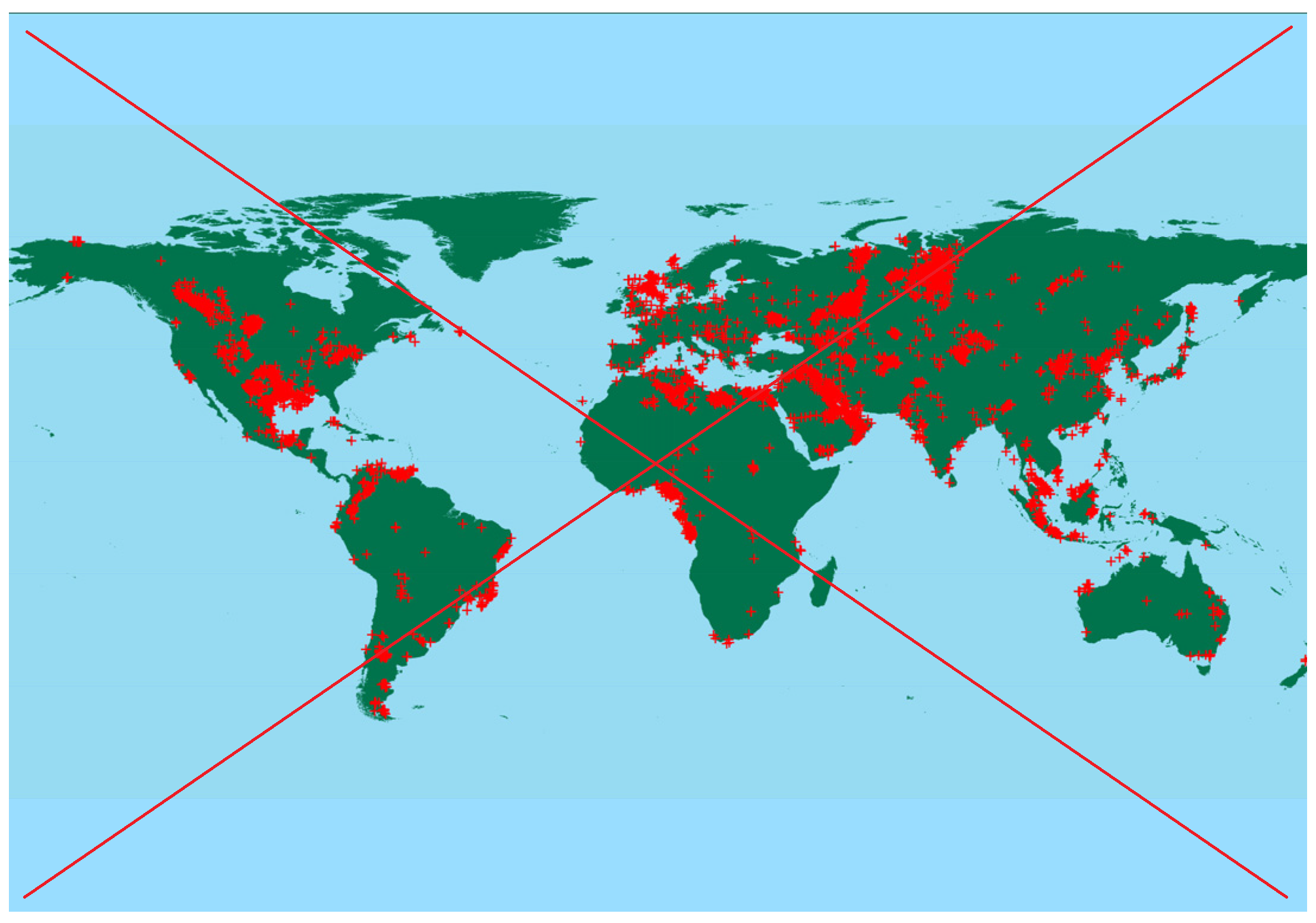 It was an interesting map, but I noticed a few opportunities for improvements. First, the red & green colors might not be the best choice. Also, it appears there are a lot of overlapping markers in some areas, but it was difficult to tell exactly how much overlapping. I decided to create my own SAS version, and use lighter map colors (so the flaring locations would stand out more), and also use transparent colors for the markers (so it would be more evident where the flaring locations were more densely packed). 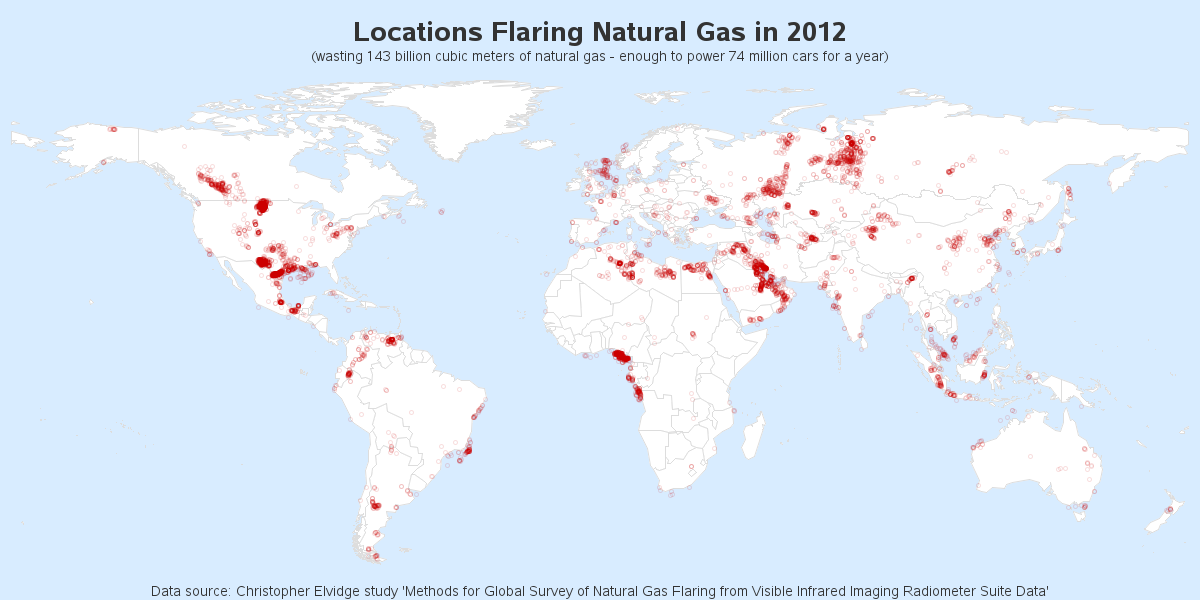 Upon looking at the data available in their kml file, I noticed some additional values other than location. There was also a variable showing the estimated billion cubic meters (bcm) of gas flared. I plotted that data, and found that a small handful of the locations flared the majority of the gas. I experimented with various colors, and came up with a gradient shading that seemed to fit the data well. 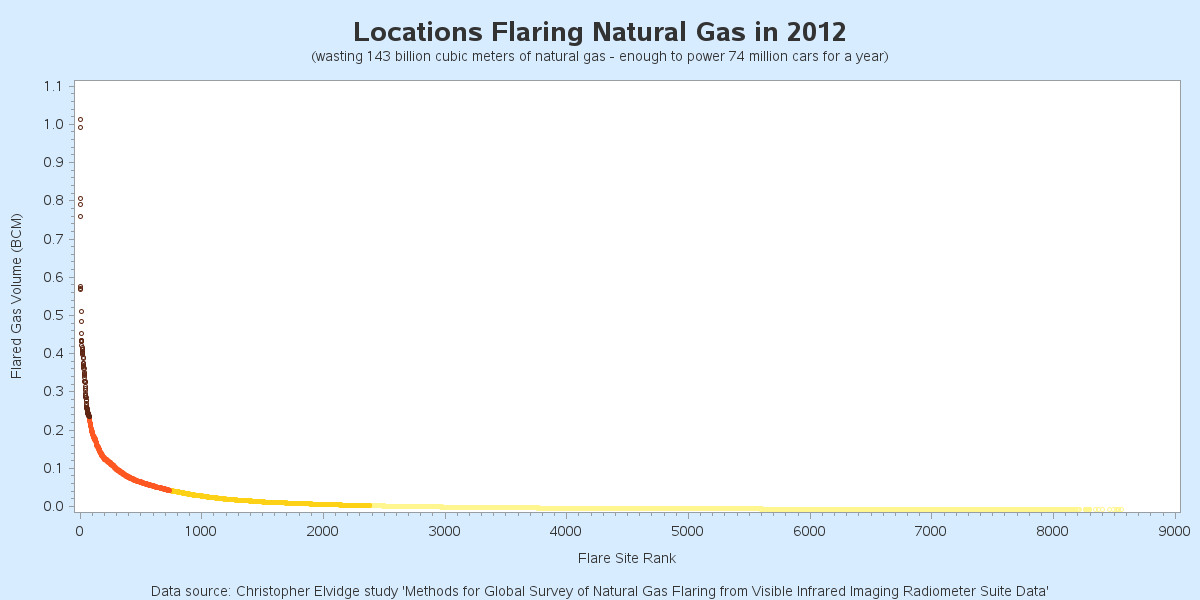 I then applied the gradient color shading to the markers on the map, and I think it is much more informative than the original one. You can glance at it and see exactly which areas are venting the most gas (I was happy to see that the US vented less gas than most of the other big oil producers). In the study, they estimated that 74 million cars could be driven each year, using the energy wasted in flaring natural gas. Wow - that's a lot of wasted energy! 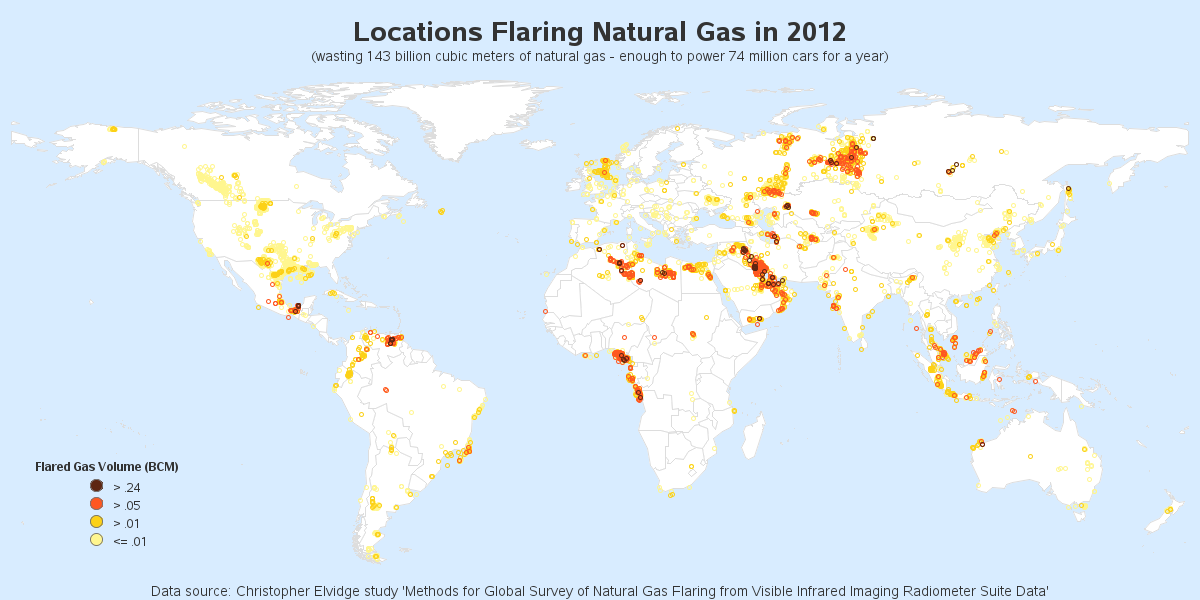 I don't know if it is economically feasible, but it sure would be nice if we could capture all that natural gas instead of venting it, eh?!? Like my mama always said - "Waste not, want not!"