A couple of years ago, I blogged about the most popular baby names in the US over the past 100 years. This time, I focus on the most recent year, and take it to the state level!

But before we get started, here's a picture of my friend Jennifer's daughter, Sloan. According to the data, Sloan is a fairly unique name, and was not in the "top 5" for any of the 50 states in 2014. 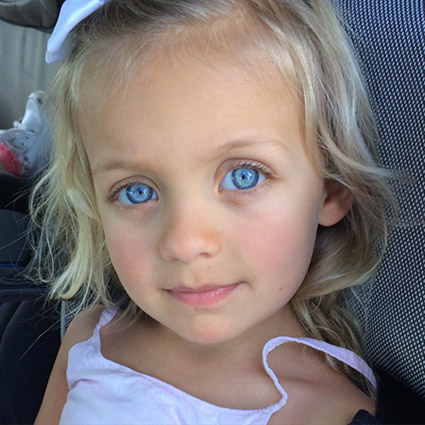 And now, on with the blog... I originally got the idea for state-level maps of this data from the following example on dadaviz.com. I think it's a nice map, with a very 'clean' presentation of the data. I can glance at any state, and quickly see the top male and female baby name (and the pink & blue text helped make it intuitive which name is which). 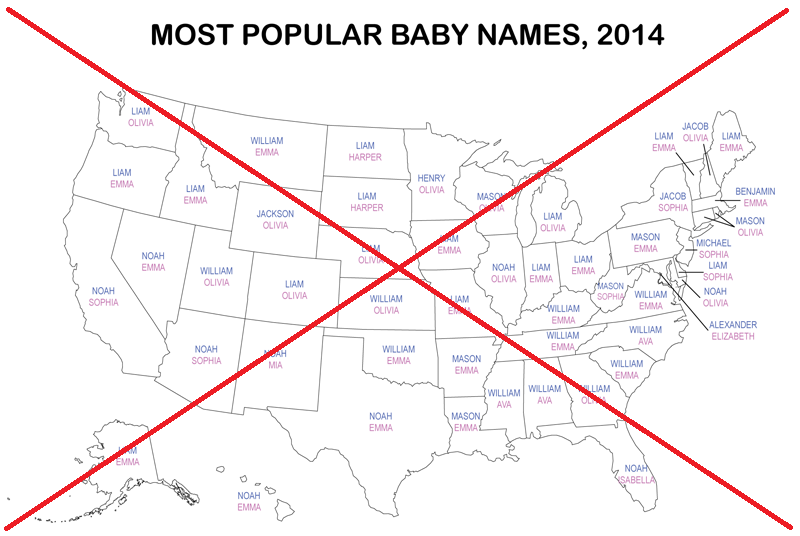 But, being a data analyst, I naturally started looking for trends in the data - and I found that very difficult to do that with the dadaviz map. So I decided to create an alternate version, using SAS software.

I tracked down the data on the US Social Security Administration website, and plotted it on a map, color-coded by baby name (which required me to create a separate map for males and females). Now I can glance at the maps, and quickly see if a name is popular in groups of states and various regions of the US. 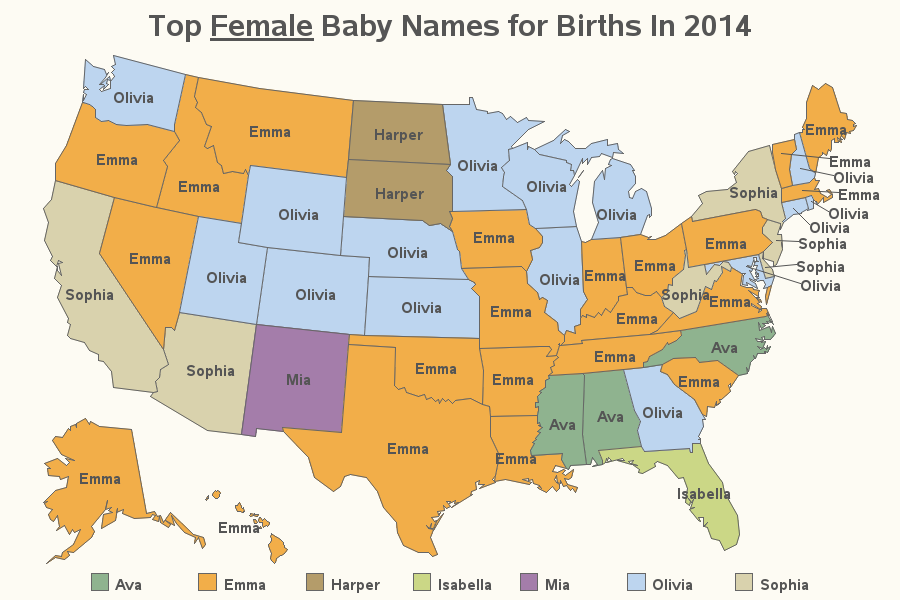 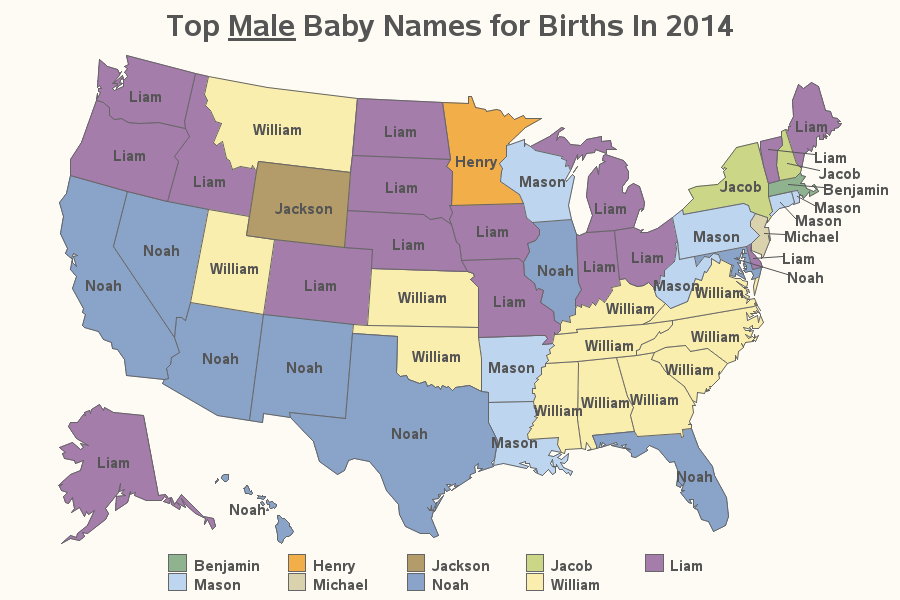 There are several neat tricks going on in the SAS code, such as: reading the data directly from the html, substituting the 'by' variable in the title and the png filename, underlining text in the title, and annotating the names on the map.

What's your theory on popular baby names? What factors influence which names are popular in a given year? What do you think influenced the most popular name in your state in 2014?

What are your predictions for the most popular names in 2015?