In this blog post, I put some classic rock song data under the SAS Analytics microscope, to see if I could get a better picture of exactly what is considered 'classic rock' these days...

Michael Raithel recently pointed me to an interesting article/study about 'classic rock' music, and invited (or is that challenged?) me to see what I could do with this data using SAS graphics. Being a graph guy *and* a DJ, how could I turn down such an opportunity!?!

Here's a picture of my DJ setup. I've played quite a bit of classic rock, so hopefully I qualify as a subject matter expert (SME) in this area, LOL! 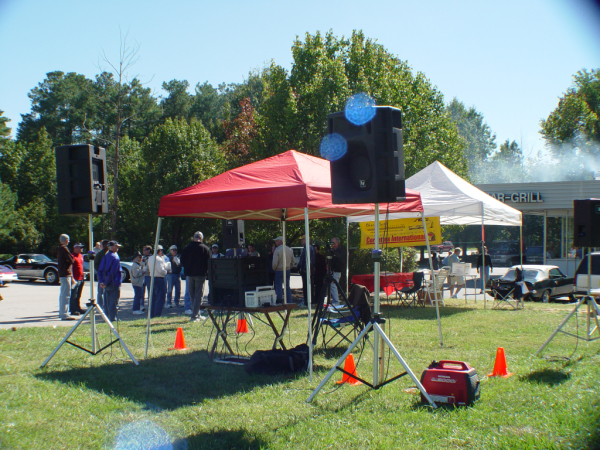 The first question that popped into my head was "where are these 25 radio stations located?" I used Proc Geocode to determine the latitude/longitude centroid of each city, and plotted them on a map. It looks like the stations are pretty well spread out across the US, but not too many from what I consider "the deep south" - therefore the results might not have as much 'southern rock' as I would have liked. While I was creating this map, I decided to add html hover-text, so you can see the "top 10" most frequently played songs for each station (click the snapshot image below to see the interactive map with the hover-text): 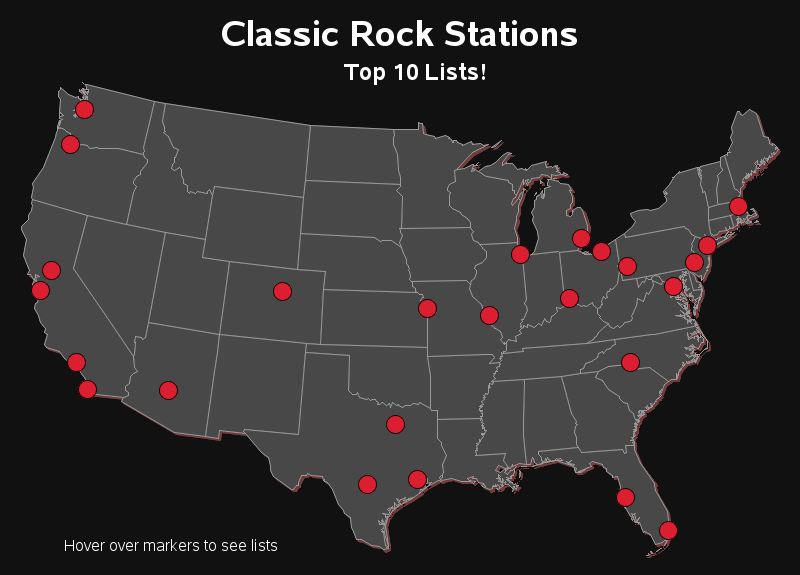 Since the data had a timestamp of when the songs were played, I thought it might be interesting to see if certain songs were played at certain times, etc. But after plotting the data on a timeline, I found that the timestamps were not consistent enough for such a study. Some stations had the song timestamps down to the hour or minute, while others appeared to just have a daily summery (one timestamp per day). 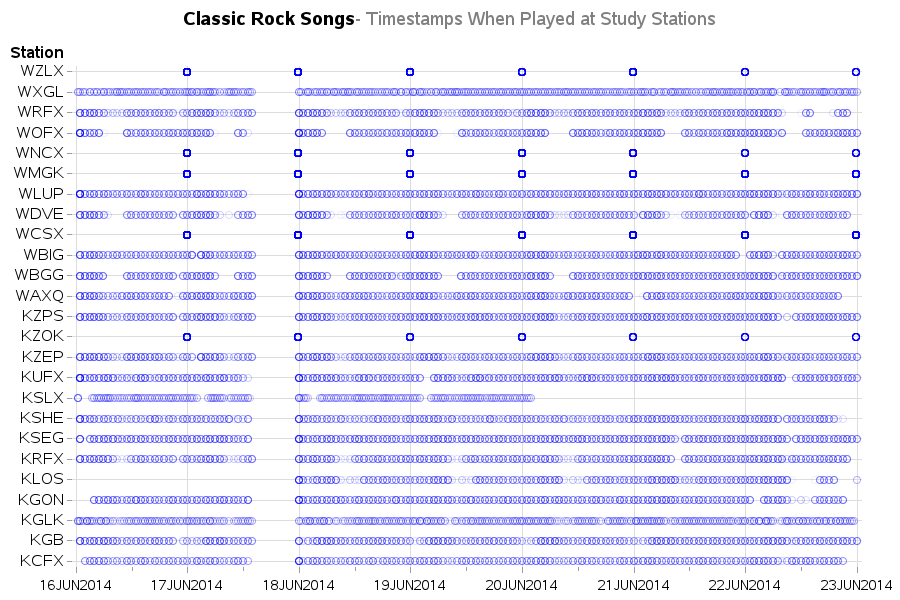 The original article had a nice histogram, showing the distribution of the songs by their release year. I decided to create a similar histogram, but in mine the height of the bars represent the frequency of how many times the songs were played, and I show visible dividers between each song (so you can 'see' which songs were played more than others), and I add html hover text so you can see the names of the songs (click the snapshot image below to see the interactive graph with the hover-text). 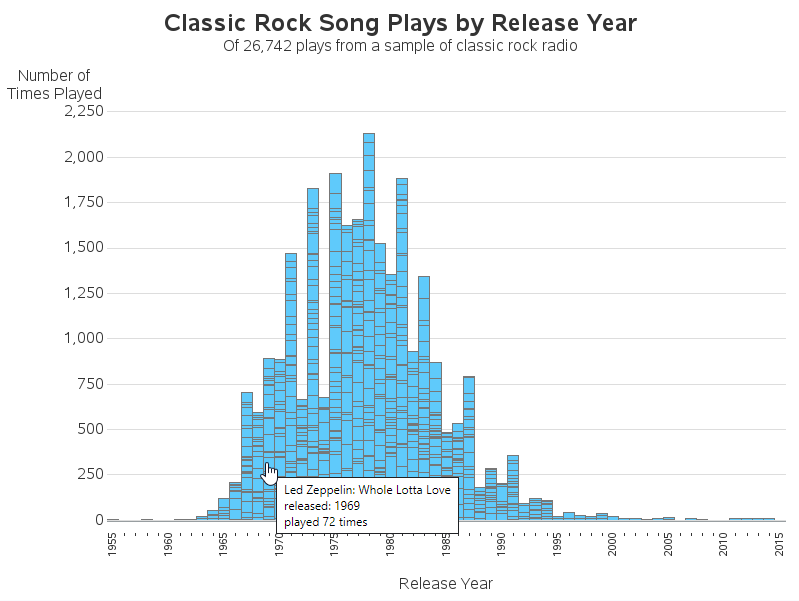 And for my final visualization, I decided to come up with a totally different chart (not in the original article). I calculated what were the 20 most-played artists overall, and then created a bar chart showing how often (% of time) each of those artists was played at each of the 25 stations. I wanted to see if a small number of artists was played a 'majority' of the time (which is what it seems like, when I listen to classic rock stations). And, sure enough, one of the stations actually did play the top 20 artists over 50% of the time! Click the snapshot image below to see the interactive graph with the hover-text and drilldown links (be sure to try the drilldowns - on the bar segments, and the bar labels!) 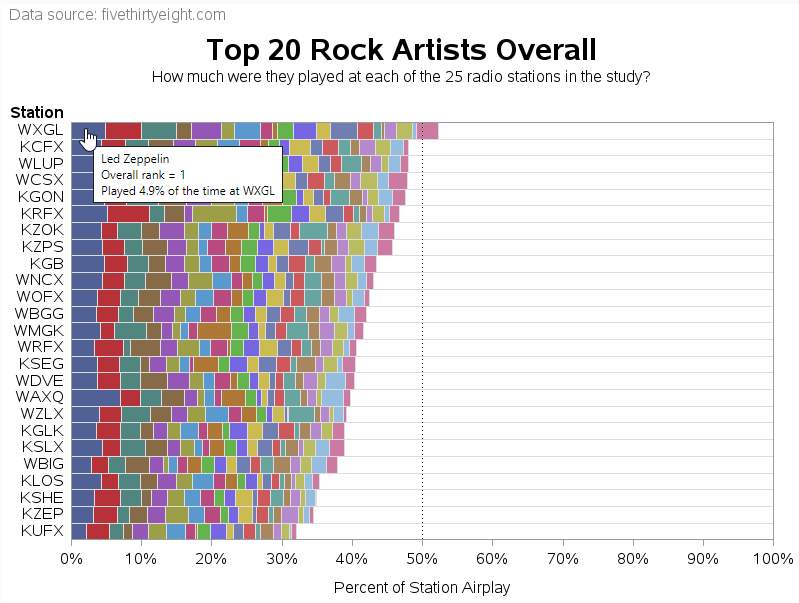 Did you 'discover' anything interesting in these graphs? What's your favorite "classic rock" song?