John Taylor has been using SAS for about 12 years and admits, he loves SAS!

He was first introduced to SAS while working on his BA/MA in Statistics at Boston University.

“It became immediately obvious to me that knowing SAS would be invaluable to me as a statistician, so I took my first course in SAS programming in 2001. It was offered by BU, and I thoroughly enjoyed it,” said Taylor.

After graduation, he took a job doing statistical analysis work for the BU School of Medicine. A year or two later he began working for a healthcare management company where his eyes were really opened to the power of SAS.

“Not only was I handling datasets with millions of records, but I was lucky enough to work with SAS users who had been programming almost as long as I had been alive,” said Taylor. “I was introduced to so many new functions. I was taught some great tips for best practices. And I learned how to work with macros!”

He’s currently a senior bio statistician at a pharmaceutical company in the Boston area where he uses SAS almost every day.

“Luckily, my company has indulged my SAS needs,” said Taylor. “I've been to many courses offered by SAS. In fact, I just returned from the Propensity Score course in Washington, DC. It was fantastic! And this summer I received my SAS Statistical Business Analyst certification. That's my second one -- I am also a Base SAS certified programmer.”

Taylor says one of the biggest advantages to knowing SAS is landing a job.

“Everyone else is using it,” said Taylor. “It seems like any time you want a job as a statistician in pharma, insurance or finance you need to know SAS.”

If SAS training has helped you, contact us and we might highlight you in an upcoming blog! 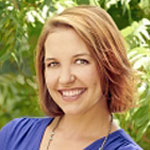