We've just celebrated Earth Day, but I'm here to talk about Jupyter -- and the SAS open source project that opens the door for more learning. With this new project on the github.com/sassoftware page, SAS contributes new support for running SAS from within Jupyter Notebooks -- a popular browser-based environment used by professors and data scientists.

My colleague Amy Peters announced this during a SAS Tech Talk show at SAS Global Forum 2016. If you want to learn more about Jupyter and see the SAS support in action, then you can watch the video here.

Within Jupyter, the sas_kernel provides multiple ways to access SAS programming methods. The most natural method is to create a new SAS notebook, available from the New menu in the Jupyter Home window and from the File menu in an active notebook: 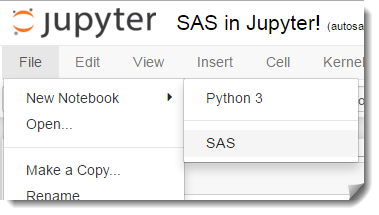 From a SAS notebook, you can enter and run SAS code directly from a cell: 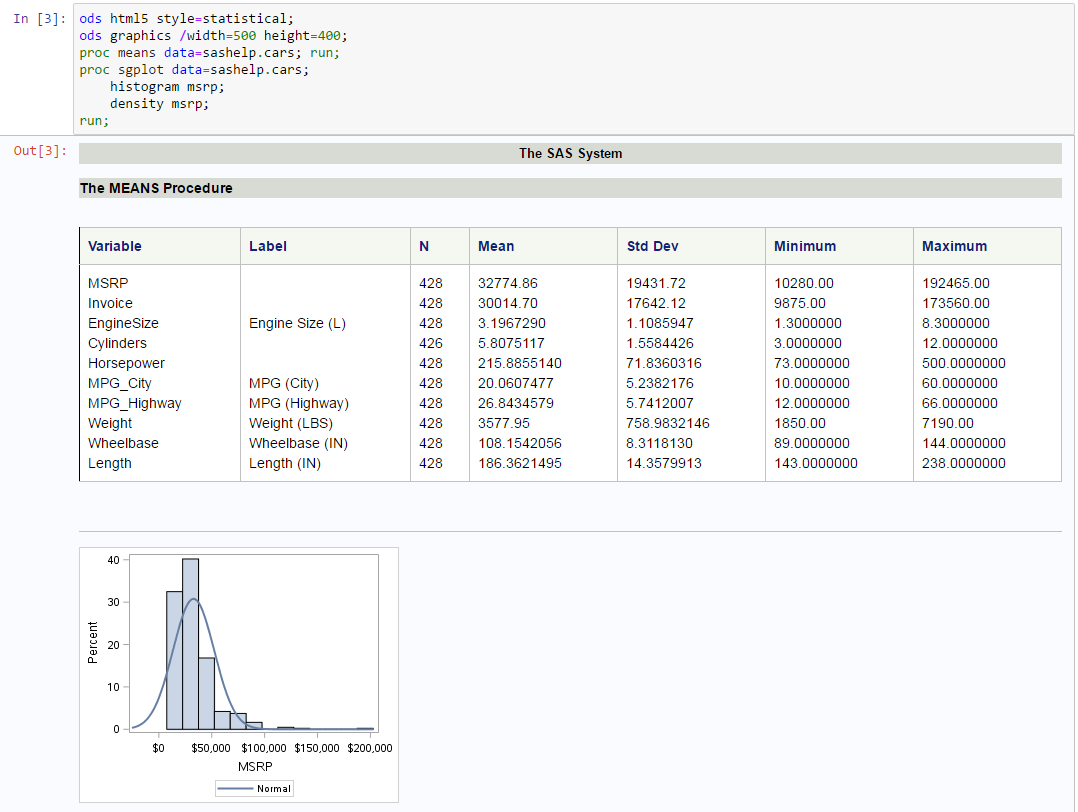 There is even a Notebook extension (./nbextensions/showSASLog) that can show you the SAS log.

The second way that you can run SAS code is by using special Jupyter "magics" supported by the sas_kernel. These magic commands look almost just like SAS macro calls (imagine that!). From within a Python language notebook, you can inject your SAS program code and pull in SAS results. This allows you to move easily between Python and SAS in a single environment. Here's a simple example:

How to get started

Here's what you need to run SAS with Jupyter:

End users of Jupyter Notebook do not need special privileges. And you can access it from a browser on any system: Windows, Mac, Linux...whatever. In the SAS Tech Talk video with Amy, we were running on my Windows laptop using Chrome, connecting to a Linux instance of Jupyter and SAS. The GitHub project has all of the doc and step-by-step instructions for installation.

What's next for SAS and Jupyter?

This is just the start for SAS in the Jupyter world. Amy says that she has already received lots of interest and feedback. Stay tuned!