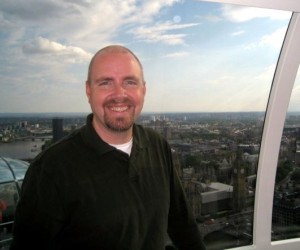 It's been two years since my first trip to SAS UK for the SAS Professionals Convention.

That was also my first trip to the UK, ever. I was pretty naive back then and didn't know what to expect from this strange land and its people.

I was shown tremendous hospitality and had a wonderful time. I met many interesting SAS professionals who were eager to learn and to share their own knowledge. Despite my obvious "Americanisms" we all managed to communicate quite well. (For example, I was also introduced to "crisps", which are like chips in America except with bizarre flavors.)

I was thrilled to be invited back for this year's SAS Professionals 2012 event. It will take place July 10-12, sandwiched between the Queen's Diamond Jubilee (happening now) and the London 2012 Olympics.

In the time since my first visit, I've immersed myself in British culture. I've watched countless Doctor Who episodes, the entire run of The Tudors, and a few episodes of Top Gear. With all of this exposure I think I've learned all I need to know to be accepted as a native; we'll see how I do in July.

The conference has a "high performance" theme. But it's not all about high-performance technology; it's about learning more so you can do more and provide more value. And what better way to learn more than to hear what your peers are doing?

It's going to be an awesome event with some great presenters and fun networking opportunities. If you're a SAS pro in the UK, you won't want to miss it!