"Companies across pharma and medtech need talented people to cover the range of data-related challenges."

Paolo Morelli, Executive Vice President, Biometrics of Alira Health, tells us how he developed a relationship between the University of Bologna and industry-leading companies – and what this means for developing talent throughout the industry.

How did your relationship with the University of Bologna start? 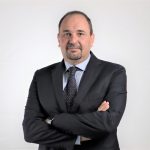 Paolo: It's an adventure that started more than 10 years ago — I was an entrepreneur, leading a company in the field of clinical trials, offering statistical analysis and data management services. Our business was growing, and I needed to bring in new talent who had both statistical analysis and data management skills as well as the software knowledge used in the pharmaceutical and clinical fields — particularly SAS.

I was lecturing in the Statistics Master’s Program at the University of Bologna, and working with Professor Angela Montanari, who at the time was the Dean of the Faculty of Statistics. I proposed a bit of a challenge to Angela, asking her, “Why do I have to look for talents and skills in other countries when we could very well develop talent here in Italy?”

Now, 10 years later, I have to say that this challenge worked. Professor Montanari included specific training on SAS software in her course of study. She also entrusted me with teaching, so I found myself to be a professor as well as an entrepreneur.

What was and what is today the relationship with SAS?

Paolo: SAS not only enriched the training plan from the beginning but creating access to SAS certification for the most deserving students has been invaluable.

What is being offered to students is not only a more extensive training course on topics and areas that guarantee them easier and faster entry into the working world, but also an enrichment of the curriculum that’s more attractive to the companies competing for these students.

The collaboration between the University of Bologna and private companies also continues on a deeper level: after academic training and SAS certification, they are offered a six-month internship at a company where they can continue their educational and professional growth.

Once students have completed these internships at these companies, they have acquired a level of knowledge and professionalism that is the envy of the world. Many of my students, in recognition of their expertise, have also been hired in industry-leading companies around the world, including in England, Switzerland, and the United States.

This is a success equally distributed between the University of Bologna, SAS supporting the academy, and the private companies.

What’s the future of this collaboration?

Paolo: Thanks to the experience gained over the last 10 years, we have decided to expand this model of relationship between University/SAS/private companies for a more effective training of data scientist profiles.

We are about to start a second incubator to develop data scientists with more specific skills in the field of artificial intelligence and machine learning, two in-demand fields within clinical and pharma industries. 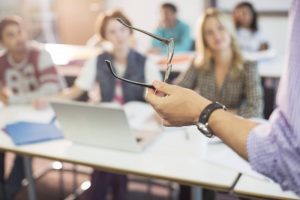 What is driving the need for new talent and training in pharma?

Paolo: There are a couple of elements that have strongly influenced the enrichment and extension of academic training and the preparation of new talent:

Companies are in desperate need of talent that can cover a wide range of data challenges, but it's complex to train that kind of expertise.

The role of the incubator is also to act as an interface — a cultural mediator and translator, between the academic world and the different companies that are looking for this talent.

Companies are in desperate need of talent that can cover a wide range of data challenges, but it's complex to train that kind of expertise. It means bringing together skills and abilities in a single person that require very different specializations. In the data science macro domain, some profiles have engineering-type skills that are closer to mathematical modeling and programming, while others are closer to statistics and data exploitation.

How can an incubator and an extended partnership between the University of Bologna, SAS, and private companies answer these challenges?

Paolo: The incubator's task will be to facilitate the best training paths, and to make companies understand that to solve the complex problems of the future they will need teams of data scientists.

It will be increasingly important to have a data scientist capable of "surfing"— understanding the environment and intercepting needs and opportunities, or problems and critical issues to be resolved. And they will need to be able to address these issues through “diving”— a greater depth of intervention. The "diving" is done when it is really needed and, at that point, with different and super-specialized skills.

Being able to develop data scientists who can "surf at 360 degrees" is the goal with this new incubator. The "surfer" could be a statistician with expanded skills. 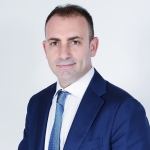 Results-driven management professional with more than 15 years of value chain experience and a proven track record in sales activities. I have a strong passion for people, technology and innovation.