One of the most exciting aspects of working at SAS is seeing #Data4Good projects come together. For example, SAS is an official analytics supplier to the Special Olympics, part of the inclusion movement for people with intellectual disabilities. For the 2019 edition of the Special Olympics, we brought together a global community of data scientists to help us deliver a massive project in a very short time frame.

Many of the #Data4Good projects tackle some of the big, intractable questions of our time, such as climate change, mental health and suicide, or conservation. They are therefore often areas for government work.

A government focus on mental health

The Black Dog Institute in Sydney, Australia, is the only medical institution in Australia that investigates mental health across the entire lifespan. It focuses on translational research, bringing together research studies, educational programs, digital tools and clinical resources to find new solutions to old problems. It is using analytics in several innovative ways, including support to health care workers during the COVID-19 pandemic.

Matthew Phillips is the Data Analytics Lead at the institute. "I was originally brought in to work on Lifespan, which was Australia’s largest suicide prevention trial. We looked at nine different strategies in four different sites. The original modeling looked at achieving a decrease in suicides of 30% and attempts of 20%, so big numbers.

"Across the sites, we captured a huge amount of data, both qualitative and quantitative, about support measures in the community. We’re bringing together data from multiple sources, including admitted patients and emergency services, mental health services, and the coronial service, and also looking at individual journeys over the span of the project. This will help us to identify the program’s impact.”

The huge volume of granular data led to some really interesting findings.

“We looked closely at the data for all four sites separately," Phillips said. "The demographic factors, and the spread of risk factors, were different for each site. This meant that we could drill down and identify different strategies that worked in each area, especially around means restriction. For example, in one area, we identified a problem with cliff faces as a site for suicide. We were able to make a recommendation about barriers and providing signage to help people take a step aside and reach out for support.”

The institute also has several other projects using analytics. These include Future Proofing, which is a large trial supporting tens of thousands of students through schooling. The study looks at different risk factors and how these young people are growing up. It examines interventions within schools to see if they're helping.

Like many others working in data science and analytics, Phillips has observed that analyzing the data and generating insights are only half the battle.

“On the Lifespan project, we formed working groups with people in the trial areas who were working directly with people who are affected by suicide or supporting the community. We put together reports and we went and talked the groups through the report. Data is great, but sometimes we as analysts need to take the time to talk others through our findings. Especially with something like suicide, which is statistically infrequent, it can be quite hard to identify effective measures.”

Phillips adds that sometimes it was useful to identify specific recommendations.

“We used supporting literature and research and would work through the data with them and tell them what we found. We’d identify some key features, and make recommendations about measures that they could take, based on the evidence. I think it’s really helpful to make concrete recommendations, like the signage and barriers I mentioned before, because it makes it easier to act.”

Phillips' biggest challenge now is to embed the use of analytics within the institute. He wants to promote a more collective and standardized approach.

“I’m now looking across the whole institute, having moved from working on Lifespan. One of our biggest problems is to break down silos. The institute has grown quite rapidly over the past five years since I’ve been there. And we now need to create a more standardized approach, rather than teams going off and doing their own analytical work. There will also be areas where we need to tap into additional resources from outside, to support the different teams. It’s a step up in how we work, but it’s exciting to be involved, and be able to make a difference.” 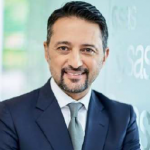