Project MARCH is a nonprofit student team involved in the development of a user-friendly and versatile exoskeleton, a motorized robotic suit, that people with spinal cord injuries can use to stand up and walk again. The team wants to contribute to increasing movement possibilities through innovation, co-creation and inspiring others.

Each year a new group of students from different universities, like Delft University of Technology and The Hague University of Applied Sciences, develops or improves a new prototype exoskeleton. They are looking for ways to make the exoskeleton lighter, smoother in motion and more user friendly. The students design their exoskeleton in collaboration with someone with a spinal cord injury, the so-called pilot. With this exoskeleton, the pilot participates in an international obstacle course competition for exoskeletons: the Cybathlon. This year, the fifth Project MARCH team improved the fourth exoskeleton to the MARCH IVc, the "c" standing for Cybathlon. 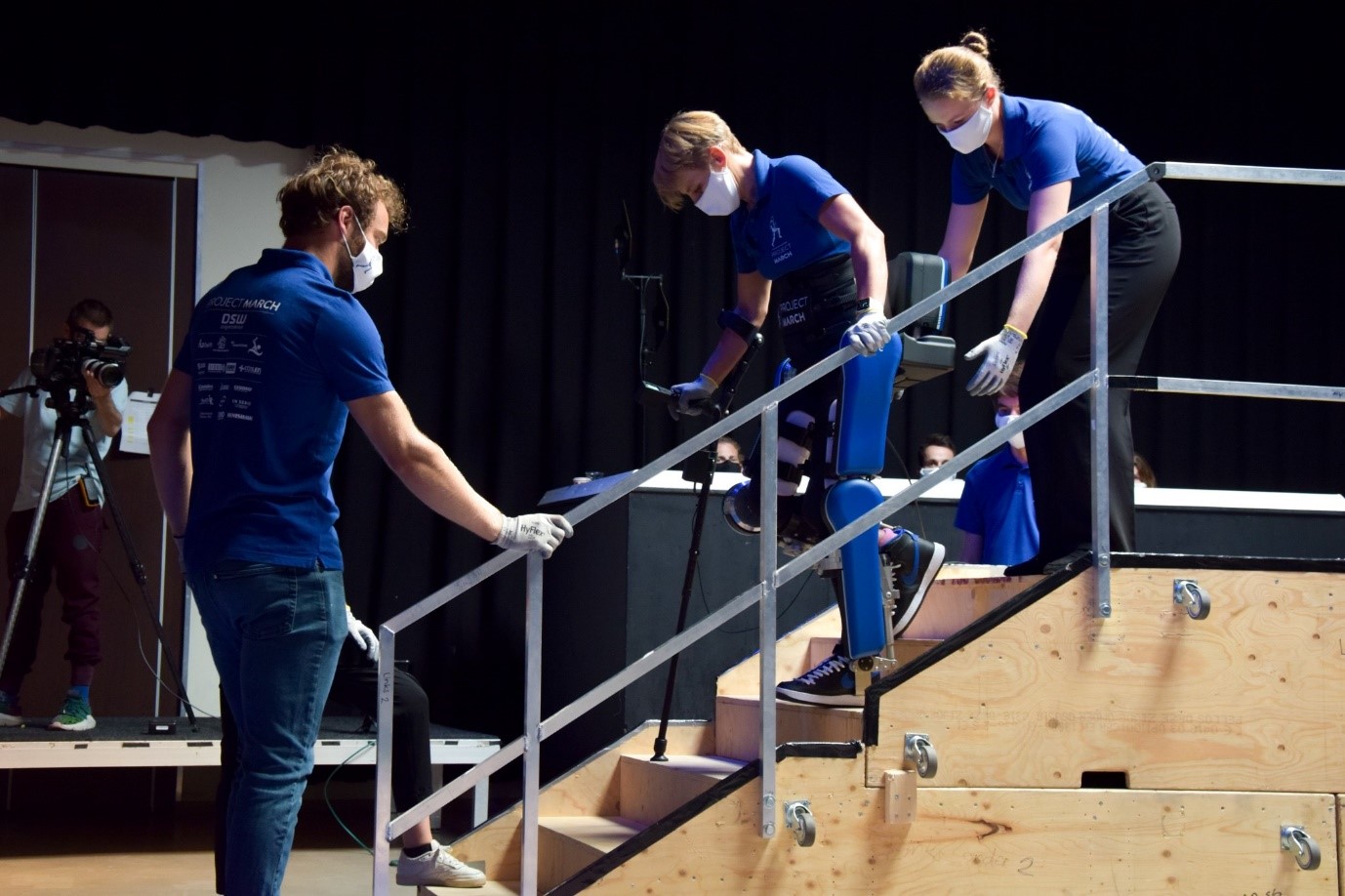 Data analytics in the exoskeleton

For the first time this year, Project MARCH analyzed all the data using SAS software, hosted by SaasNow. Every four milliseconds, a small stream of data passes all the important points in the exoskeleton. The most important data analysis is performed on-site in the exoskeleton master computer, which is inside the backpack. First, it checks if every part is still communicating and not overheated. The temperature of the motors in the joints can run up to over 50 degrees Celsius. The pilot doesn't feel anything because of the joint coverings. But it is still a sign that the exoskeleton needs a break to cool down.

The exact amount of power depends on numerous factors, including how much the pilot is using the crutches for support. If the system does not use the correct amount of power, a joint can be positioned a few degrees too far, which then must be compensated for. This can lead to quite shaky movements. But thanks to the work of Project MARCH data analyst Rutger van Beek and the support of  SAS software, these are now history!

This year, for the first time, the team's software department added a data analyst. Rutger van Beek established a basis for data analytics on which future Project MARCH data analysts can elaborate in the coming years. Rutger says: “With the Event Stream Processing (ESP) software of SAS, Project MARCH analysts can now quickly gain insights into all their data, make adjustments, store and aggregate the data – and all this in real time!”

This is very valuable information for the team as it does a lot of training with the pilot to optimize the exoskeleton. An enthusiastic team of SAS experts – consisting of Jeroen Jeurissen, Rik de Ruiter and Ivar de Langen – helped Rutger link ROS (Robot Operating System) to the ESP software and create the visualizations. With the new software, Rutger can monitor and quickly gain insight during the training sessions and adjust accordingly.

Aggregating the data for each unique walking pattern provided Rutger with insights into how the system could determine the right amounts of power. As a result, all walking patterns are now a lot easier to perform. And the movements of the exoskeleton immediately reflect this. In the future, this kind of data analysis can help to make an even better exoskeleton!

"The role of data and analytics in robotics is growing," says Arthur de Crook, Director of the D[N]A Lab at SAS. "The Event Stream Processing (ESP) component of the SAS Viya platform enables near-real-time processing and analysis of the data stream. The exoskeleton is running smoother and is easier to use. Having the data available opens the door to many more improvements. It is nice to see that the deployment of SAS software and the support by Jeroen Jeurissen has yielded this result."

Now that the team has the foundation for data analysis, the new Project MARCH team is eager to make even more use of it. For SAS this is an important development that is in line with the SAS D[N]A Lab initiative: an open innovation platform and ecosystem for companies, startups and scale-ups.

Next, the team is planning to include sensors so that the exoskeleton can respond dynamically to the environment. To achieve this, there is still a long way to go. But Project MARCH has now taken the first step of data analytics with the support of SAS software! 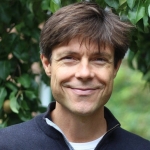 
Leading the incubation and acceleration programme of SAS Benelux, called SAS D[N]A Lab, Arthur de Crook is eager to position SAS as innovation partner and ecosystem driver in the space of data and analytics. With his enthusiasm and drive to foster innovation, and his experience as one of the founders of RoboValley in growing flourishing innovation ecosystems, he is set to empower the growth of meaningful and impactful innovation initiatives with the robust analytics foundation offered by SAS.