The banking sector sets a benchmark for other industries in many areas. When businesses need to process large volumes of transactions reliably, maintain 24/7 availability, meet complex regulatory requirements, analyse risks or make financial plans, they often aim to follow the same practices and adopt the same technologies that banks have established as a gold standard.

However, there are other areas where banks aren’t necessarily ahead of the field – and where they can learn from the successes and failures of other sectors. Digital transformation is a prime example. According to McKinsey: “Years of research on transformations has shown that the success rate for these efforts is consistently low: less than 30 percent succeed.” And as almost all established banks see digital transformation as a top priority to help them counter disruption from challenger banks and fintech startups, this is a major concern. 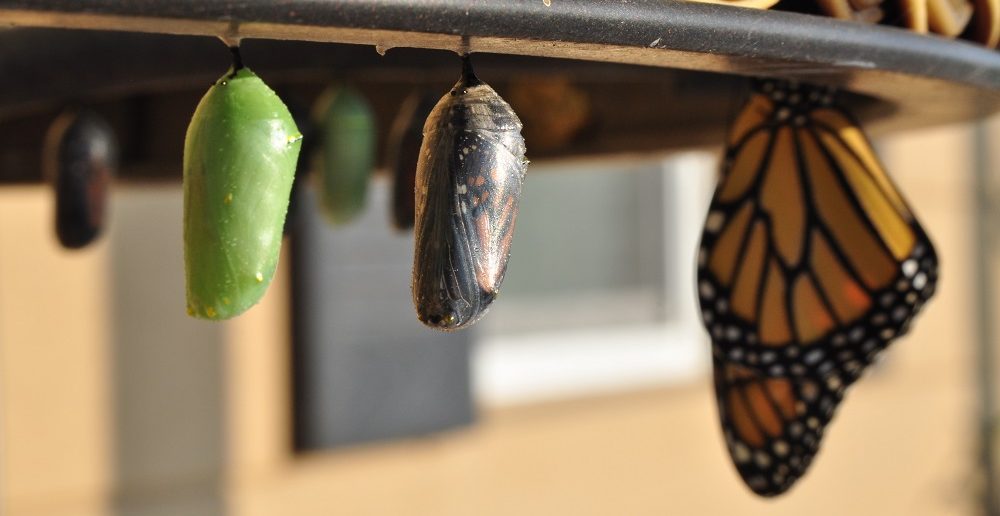 Technology as the catalyst for transformation

In their struggles to get digital transformation initiatives over the line, banks typically take one of two approaches. The first is to create a separate internal organisation with a remit to develop new digital products and services, unencumbered by the bank’s existing legacy processes and technology. In some cases, banks have even acquired one of their former fintech rivals to take advantage of its digital skills and provide this internal innovation capability.

The second approach is to focus on incremental digitisation by enhancing existing processes with digital technologies. For example, a bank might seek to enhance contact centre operations by embedding intelligent decisioning capabilities that use artificial intelligence and machine learning to help operatives make more personalised offers to customers. This strategy has the advantage of building on the strengths of existing ways of working, instead of starting from scratch. But it may also be more difficult to implement and require significant investment from senior leaders to drive the required cultural change.

It’s difficult to say which of these approaches is best. And in practice, banks will probably require both, depending on the type of transformation they are trying to achieve. But one interesting insight, again from McKinsey, is that whichever approach they follow, organisations whose transformation initiatives are successful tend to deploy or try more technologies than those who fail, particularly in areas such as cloud, mobile, IoT and artificial intelligence. And this links strongly to the fail-fast mantra in introducing digitalisation.

The importance of first principles engineering

There’s a connection here. Banks are buying fintechs to take advantage of their digital expertise, and fintechs have earned that expertise through their willingness to adopt and experiment with new technologies. But that experimental approach isn’t something that the fintechs invented on their own. It’s a lesson they learned from the big technology companies.

For example, while Facebook’s famous mantra of “move fast and break things” sounds like a frightening idea in the highly regulated world of the financial sector, it’s basically the same idea that Tesla calls “first principles engineering.” You take a new idea, try to implement it using whatever technologies seem most promising and expect your first attempts to fail. But because you expected some form of failure, you learn from the experience and do better on the next iteration.

Perhaps some of the new technologies you try end up in the final product, and perhaps they don’t. The point is, you make the cost of the experiment and the price of failure as low as possible so that you have space to explore the problem and come up with the right design for your business.

Learning from the tech giants

Take Monzo, for example, which is one of the UK’s biggest success stories in the new wave of challenger banks. In its mission to build a banking system from the ground up, Monzo’s engineering team decided to build a loosely coupled microservices architecture, specifically because “large internet companies like Amazon, Netflix and Twitter have shown that single monolithic codebases do not scale to large numbers of users.”

In its willingness to learn from the tech giants, Monzo experimented with different technologies before settling on Kubernetes – the same technology that Google uses to manage containerised workloads at a massive scale. (Incidentally, at SAS, we’ve been through a similar journey in developing our own cloud analytics platform and came to a similar conclusion. We’re now running our new services on Kubernetes too.)

AI inherently requires an experimental, iterative approach where you learn as much from your failures as you do from your successes.

The same principle applies to the adoption of analytics tools for artificial intelligence and machine learning. Even more so than classical statistical modelling, AI inherently requires an experimental, iterative approach where you learn as much from your failures as you do from your successes. In many cases, the wisest path is to try a wide range of different approaches and technologies, including all the latest open source frameworks, to discover what works best. Once you have found the right approach, you can then industrialise it using a production-grade analytics platform such as SAS Viya, and even provide it to your clients as a service.

We’ve established that banks can profit by following the example of the big tech companies when it comes to designing the technical architecture and processes around digital transformation. But technology isn’t everything. Successful digital transformation also has a strong human element.

To see why this is important, let’s look at a counterexample. Another fintech company that has enjoyed rapid growth is Robinhood Markets, whose mobile app has made it easy for a new generation of investors to start trading stocks, ETFs, options and cryptocurrencies. However, in early March 2020, the Robinhood app suffered a series of systemwide outages that prevented users from opening or closing their positions.

The cause of the problems was a technology failure. In a subsequent blog post, the company’s founders noted that their infrastructure couldn’t handle the combination of “highly volatile and historic market conditions; record volume; and record account sign-ups.” But the impact was human. When the app failed, there was no contact centre to act as a backup for booking trades.

The risks of failed tech

The result? Many of Robinhood's small investors were helpless as the markets turned against their positions, or unable to make trades to take advantage of opportunities they spotted during a week when the coronavirus pandemic sparked a mass selloff. While it’s not yet clear how Robinhood will weather the storm, it’s reasonable to expect that there will be compensation claims, potential lawsuits and, worst of all, a catastrophic loss of customer confidence in the business. As one customer quoted in The New York Times put it: “For me, the moment they get [back online]I am going to try to get out and switch out to someone else.”

Without a human element that can take over when technology fails, businesses expose themselves to significant risk. And even if the technology is completely bulletproof, it’s a bad idea for banks to use it to replace human contact entirely. When customers apply for a mortgage or a loan, they’re often going through a high-stress situation, such as moving house or expanding a small business. While the loan approval decision can and should be handled by sophisticated modelling techniques, the customer wants to hear more than just “computer says yes” (or “no”).

The best customer experience comes when the model is able to explain its decision to a customer service agent, who can then act as an intermediary to break the good or bad news to the customer. This is assistive AI in action.

Learning from the public sector

This is a lesson that the public sector has been faster to learn than the private sector. Health care organisations, for example, are investing significantly in the use of AI to assist with diagnoses – for example, using image recognition models to identify potential tumours in X-rays and other medical images. But the principle from the beginning has been that AI can only play an advisory role; the final decision is always made by the physician.

At SAS, we’ve seen the success of this approach in other areas of the public sector too. We’ve recently worked with a large government department to embed intelligent decisioning into its contact centre to give staff the insight they need to provide a better service to each caller.

We’ve helped translate the same principles over to the private sector, as well. One of our clients is a car insurance company that uses AI to assess whether a damaged vehicle needs to be written off, and the model now explains its decisions to the customer service team so that it can advise policyholders.

We’re working with a number of leading banks to power their digital transformation initiatives and build towards the XaaS future in the cloud. Find out more about what’s possible with cloud-based analytics.

Paul has championed the cause of data analytics and AI within enterprises across the UK and Ireland. Currently, Paul heads the Technology Practice for SAS and works closely with key customers across the region as well as supporting some EMEA-based customers. His current role is to help organizations face their AI and data challenges by adopting an enterprise wide analytical strategy to derive value within their data. Paul enjoys helping companies shape successful outcomes in complex projects.