Ever wondered how great magicians can trick us into believing things that aren’t quite true? From David Copperfield’s flying illusion to one of Penn & Teller’s card tricks, they all have one thing in common: misdirection or the art of deception. Fraudsters, like magicians, are crafty individuals who use a series of techniques to appear as legitimate persons or businesses when in fact they are not. Once they gain access to the coveted goods or services, they bust-out and fall off the radar. “Now you see me. Now you don’t.”

In a fraud context, these ‘disappearing acts’ have economic, human and reputational consequences. What were initially isolated cases have now become a systemic industry issue for telecommunication companies worldwide. In fact, the CFCA reports an approximate $2.03 Bn. lost to fraud every year due to subscription fraud through impersonation. Other variants of subscription fraud through applications and ‘credit muling’ contribute an additional $1.93 Bn. and $1.75 Bn. respectively. To say that these are of concern would be an understatement.

By grooming synthetic identities or impersonating vulnerable customers through social engineering, fraudsters are able to circumvent existing controls and perpetrate fraud. In simpler terms, they are manipulating data submitted through the onboarding process, primarily to gain access to high-value handsets. However, there is a silver lining. The same data can be used to detect application anomalies and when cross-referenced against credit bureau data or device reputation databases, they often present red flags indicative of misrepresentation. Since manipulated identity information is a growing precursor of fraud, telecoms companies really ought to do more to proactively interrogate their data and derive actionable intelligence. For instance, entity resolution is an effective way of establishing a ‘golden record’ for each entity of interest (e.g.: applicants, devices, dealers, etc.) to mitigate risks of identity manipulation. 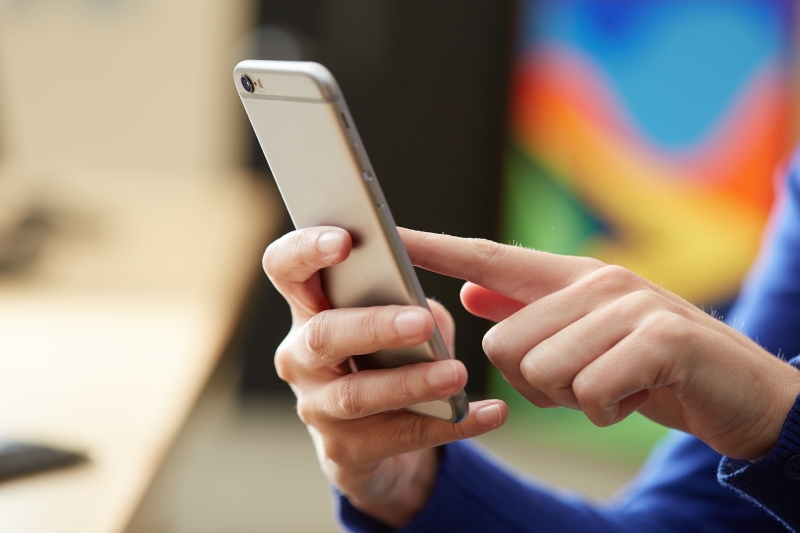 The reality though is that fraud attacks are unlikely to dwindle in the short term, with mobile devices soaring in popularity and in value. Devices such as the Samsung Galaxy S10 and the iPhone X now retail for a 3-digit sum and act as the perfect bait. It’s, therefore, a very lucrative business for the fraudsters, given that the average person in the UK roughly earns between £569 and £707 a week (circa $745 and $925), according to statistics published by the ONS. A single successful fraud a week would thus deliver a great opportunistic result, but we know that organised fraud groups aim for a much bigger jackpot.

In fact, a lot of fraudulent activity is currently shifting from the financial services industry into telecommunications. Financial organisations have had to improve their defences due to unbearable operational losses, regulatory pressure and reputational risk. In contrast, the historical inertia within

Telcos meant that they had become the weakest link. Since then, telco operators have been improving their customer onboarding processes at pace.

The rise of the machines

If fraudsters, metaphorically speaking, can masquerade their identity seemingly by a sleight of hand, Telcos can also have a few tricks up their sleeves. Like most people, fraudsters are creatures of habit. Despite often changing aliases, devices and other information across several applications, there is still enough commonality to draw a behavioural pattern. Whether it’s a case of comparing these applications to a peer group or against known watchlists, new algorithms such as machine learning can help detect these ‘outliers’ and flag potentially risky subscription requests.

Competition is fierce amongst Telcos since they all offer the same devices with more or less the same service. Customer experience is, therefore, becoming a strong differentiator to help promote growth. Analytics can also be applied to optimise new business workflows and deliver automation where required. This can provide a seamless end-to-end customer onboarding process. Examples includes covertly detecting fraud through social network analysis to uncover hidden collusive links as well as automatically calling out to third party data assets to augment the fraud scoring process.

These analytically-derived insights can be fed back into operations to make the process less permeable to fraud. For instance, field studies undertaken by SAS on samples of application data have shown that customers flagged in a social network were 4 times more likely to commit fraud. It was also about 3 times more likely to find fraud cases within dealerships than other types of stores.

The circle of life in SAS fraud detection systems broadly entails ingesting relevant data and preparing it in the optimal format to extract information. We apply the most appropriate detection techniques and feeding back the learnings from true positives back into the analytics execution engine. hakuna matata! Certainly, no surprises here as this is what most operational teams claim they already do.

So, what does it take to succeed in defeating subscription fraud? It’s less about what Telcos can do but rather how they do it. It’s about adding depth and richness to every step along the way using a data- driven approach. For example, segmenting the customer demographic for each product portfolio and applying tailored anti-fraud strategies. Being proactive and developing fraud propensity models for vulnerable groups. Using supervised and unsupervised algorithms in tandem to optimise detection and lower false alarms. It’s essentially about applying a layered security approach to frustrate the fraudsters in every step of the application process and deter the attacks.

Once the bases are covered for subscription fraud, the same SAS analytics-driven platform can be organically extended to cover other types of fraud such as internal fraud, procurement integrity.

This article was first shared in the CCFA Q4 2019 newsletter.

Sundeep Tengur is a fraud and financial crimes specialist within the Global Fraud and Security Intelligence Practice at SAS. He provides guidance on industry best practice, educating prospective clients on various fraud modus operandi and designing end to end solutions to mitigate fraud risks. He is a Certified Financial Crime Specialist (CFCS), certified in retail banking conduct of business (CertRBCB) and a Certified Anti-Money Laundering Specialist (CAMS) with many years of experience in mitigating fraud in banking and financial services.