Few of those with an eye to news will have missed stories about wildfires in recent years. For several years now, wildfires have raged in various parts of the world. In 2017, wildfires in California devastated the wine-growing region and left over 20 dead. In 2018, fires in Greece killed over 100 people, and fires in Sweden were the worst in recent years, thanks to a heatwave in northwest Europe. This summer, the trend has continued, with whole villages evacuated on the Greek island of Evia.

A link to climate change

Scientists do not believe that it is a coincidence that fires are getting worse. They suggest that climate change is affecting fire seasons around the world for a number of reasons. These include:

Greece has been particularly affected in the last few years, with reports suggesting that the high death toll can, at least in part, be laid at the door of government officials’ failures to act effectively. Fire and police chiefs have been sacked, and other officials are potentially facing prosecution for their actions or inaction.

But science can do more than simply point to a possible cause of increased wildfires. Specifically, data science can help: a case of fighting fire with data.

Applying data science to the problem

Looking at the data about the 2018 California wildfires, for example, shows the potential of data science. It is possible to pinpoint both the major causes of fires and the area of land affected. This enables resources to be targeted towards prevention of the most common and most devastating fires. Use of equipment – for example, lawnmowers, chainsaws and trimmers – is a common cause of fires. By educating people about equipment use, and particularly suggesting simple changes – such as mowing before 10 a.m. and avoiding mowing when it is especially dry – state officials can help to reduce the number of fires.

Analytics can also help firefighters plan for staffing. For example, Cal Fire would probably be foolish to allow too many of its staff to take holidays in July – even though this is peak holiday season and, therefore, unlikely to be a popular decision. Indeed, the winning team in a recent SAS hackathon using California wildfire data produced a model to help state agencies predict the resources required each month to manage wildfires.

The success of the California wildfire hackathon has inspired others. In Greece next month, the SAS hackathon will also focus on wildfires. This is part of a series of hackathons, including one in Hungary on the gamification of sport, designed to encourage students into the world of data science by showing them how analytics can be used to solve real-world problems.

Participants in the Athens hackathon will be given a chance to work with data about wildfires in Greece over a period from 2002 to 2016. The data will include:

In Greece, we are conducting a SAS Hackathon. This will focus on wildfires – come and join us! Click To Tweet

The hackathon participants will be asked to analyse the data to help the state and its agencies to protect the country and keep it and the population safe. They might, for example, look at which factors influence the duration of the fire or the extent of the area damaged. This would help the government understand and work to reduce the factors that make fires worse, either in length or levels of damage.

The participants might also consider creating a model that would predict which fires should be considered a higher level of emergency, or have more resources applied early on. Describing the pattern of wildfires, particularly the peak season, would enable agencies to allocate resources more effectively. This has huge potential to provide active assistance in future – a real case of data for good. 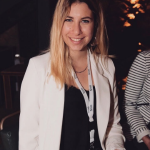 
Passionate marketer from Greece. Creativity- oriented. SAS finds me in the heart of digital marketing, trying to fulfill my enthusiasm to merge physical & digital world under the aspect of marketing. Working on SAS since 2018. Although, coming from an island mountains got my heart. Don't forget the "#" on whatever you do.