Despite all the hype about the arrival of chief data officers (CDOs), it seems that many companies are still finding it hard to get value from data; investing in big data is easy, but using it is hard. These are my key takeaways from a two-day event on chief data and analytics officers in Europe. The event was great, but more importantly, it was thought-provoking, and particularly about the role of CDOs.

The challenges of creating a new role

Those of us in the field may feel that CDOs have been with us forever. In reality, however, very few companies yet have a CDO. In February 2017, for example, one of my colleagues, Hana Kvartova, wrote a blog about meeting her first CDO, and wondering when she was likely to meet the first in her native country, Slovakia. She noted that the required combination of strategic and technical skills were rare everywhere, and that suitable candidates were therefore few and far between. That was not even two years ago; the role remains new in many people’s eyes.

The sheer novelty of the role brings its own problems. As anyone will know who has ever been the first in their organisation to hold a particular job title, it is hard being a pioneer. You have to create the role, which often means carving out bits from other people’s roles or identifying gaps that need filling. Both these tasks can lead to resentments and other challenges. Pioneering is hard work, whether it is in a covered wagon across North America or setting up as a CDO.

CDOs also have to establish a basis that will give them authority. For their C-suite peers, a seat at the table comes by right. The chief finance officer or chief marketing officer does not have to argue for a place in executive discussions. The CDO, however, often seems to be excluded, or at least not given equal hearing.

CDOs also have to establish a basis that will give them authority.

There does at least seem to be general agreement that the role of a CDO is to create value from data. It is a truth universally acknowledged that there is value in data, but 70 percent  of analytics projects still fail to deliver any return on investment. The job of the CDO, therefore, is to meet business needs through data and analytics. That 70 percent, however, is a big gap to close. It sounds like CDOs may well be starting off at a disadvantage. Expectations are extremely high for these pioneers, and perhaps more than any other role, they are expected to hit the ground running.

CDOs need to understand the organisation’s ability to use and get value from technology, such as analytics platforms. After all, as one of the speakers at the CDO event noted, the more time you spend developing your technology, the less you have for analysing data and developing insights. It is a simple truth, but neatly put.

Insights into the CDO role

Recent research by McKinsey has identified the “analytics translator"as the most important new role in analytics. Analytics translators are those who lead the identification of opportunities to get value from analytics, facilitate the process, and champion the adoption of analytics solutions across the business. If this sounds somewhat familiar, it could be because it is what we have just been discussing as the role of the CDO.

You could, therefore, see the role of the CDO as acting as the grease in the engine for getting value from analytics. #CDO #analytics Click To Tweet

You could, therefore, see the role of the CDO as acting as the grease in the engine for getting value from analytics. Their task is to translate business problems into data science projects, prioritise the projects, and then help them to deliver before translating the answers back to the business. They link the business with data science, and often with IT, having the power to drive change and deliver action based on insights. It is perhaps not surprising that many CDOs are finding their new role is a challenge. 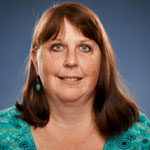