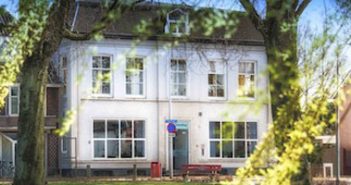 PW Consulting was founded in 1988, one year after SAS Netherlands opened. For those who always wondered what the acronym PW stands for, the company was started by Paulien and Wiel in their garage, and later moved to an office in Culemborg. The current office in the town center was occupied in 1999. Right from the start PW focused on implementing SAS® solutions and has been quite successful with that, given the fact that it is now the biggest Dutch SAS consulting partner, with approximately 70 employees. Software only gets you so far, though; the real success is based on business value. PW projects are always aimed at operationalising solutions and making sure they are embedded in an organisation.

PW has an interesting mix of people and capabilities, especially when you look at age distribution: about 50 percent is senior, but the rest is in general quite young. New hires start with a six-week master class to get prepared for the job, and after that PW keeps investing in training and certification. Especially the latter, which is required more often nowadays by bigger clients like the Dutch Tax Office. It also makes PW a popular employer for young graduates who want to continue learning.

Three years ago, the data science community was formally established, but the analytics competency group has been active for over 15 years already. The core data science team consists of seven people who are mostly occupied with trends and (new) technology; there’s another group that’s more focused on strategy and business propositions. The majority of work for PW, though, is not in data science but in data engineering and business intelligence. PW works mostly for large organisations in various industries that by nature tend (and need) to be careful in adopting new ways of thinking and working.

A number of the projects mentioned for this section are in line with earlier editions of this blog: predicting crop prices to optimise procurement costs, optimising procurement based on taste preferences and product availability of coffee beans, and fraud detection in health care insurance. However, being driven by realised business value, PW thinks its coolest projects are not the ones that are technically cool, but cool because a new way of working was adopted by an organisation. As an example, Jeroen mentions the transformation of a large organisation that was reorganised to fully support a “data to decision” life cycle and is now capable of fully governing this process while remaining agile.

Large, traditional organisations have established structures and processes, and adapting to a more agile way of thinking and working is challenging. Getting project results from a POC or “technical playground” into production is oftentimes difficult. Plus consultants often see a gold mine of data that has the potential to be monetised, but it’s hard making organisations see the value of solutions that would be capable of doing that. And last but not least: retaining talented people. Wouter explained that he and his colleague data scientists get almost daily calls or invites from recruiters.

Wouter and his colleague data scientists get almost daily calls or invites from recruiters.

The future of AI and machine learning

AI is finally starting to deliver on its promise. Back in 1987 expert systems already showed some potential but never grew beyond promising results in narrowly defined domains. Wouter explains that the theory behind AI and machine learning certainly isn’t new, but the wait was for the computing power in order to apply these capabilities at scale. In a sense, this is similar to the promise of quantum computing, which is also waiting for new technology to become available. Everything else is deemed unpredictable by Willem and Wouter, except the fact that AI, VR and AR will grow exponentially in the next few years. What they do hope, though, is that machine learning will become a real industry sector because data will be at the heart of this. And data is what makes the world go round, according to PW!

#Data is what makes the world go round, according to PW Consulting! #MachineLearning must become a real industry sector #DutchDataScience #DataScience Click To Tweet

It’s wonderful to talk to people like Willem who have seen it all and can put new developments like data science and machine learning into perspective. I like the down-to-earth approach PW takes; it doesn’t ignore the hype, but always starts by looking at potential business value, and takes it from there. I totally agree with this vision. Without adding business value, any new technology is just a toy.

Jos von Dongen is a principal consultant at SAS Netherlands, where his main focus is helping data science teams become more productive. His expertise is broad, ranging across data visualisation, data science, machine learning and the Internet of Things, and he has worked in and with both public and private sector organisations. He is the co-author of several books on open source business intelligence, including Pentaho Solutions and Pentaho Kettle Solutions