What are the big guys saying and doing, and what impact could it have on you?

Artificial Intelligence (AI) is a hot topic as we all know. Progress is going fast and some of it is even catching the attention of mainstream media (e.g. Google’s AlphaGo Zero (AI program) becoming the world’s best Go player).

Unfortunately much of the news is dominated by the ‘AI apocalypse’ movement of which Tesla CEO Elon Musk is known to be one if its driving forces, recently suggesting that the race towards AI superiority could lead to the next world war.

There are many others though taking a much more reasonable and positive stance, including big names in the industry like Facebook’s Mark Zuckerberg and Microsoft’s Bill Gates (“A.I. will make our lives 'more productive and creative”). Google is on the same side as well, as recently expressed by John Giannandrea, senior vice president of engineering:

“There is just a huge amount of unwarranted hype around AI right now. Machine learning and artificial intelligence is extremely important and will revolutionize many vertical industries, and I am very excited by the progress we are making, but it is very practical and applied progress. Too many people who don't understand the technology get very concerned rather than focusing on the positive effects.”

The role of Analytics

What are we talking about exactly, without making it too complicated? It all starts with data, and loads of it. Machines need data to analyze, recognize patterns and then learn from it. Essentially it’s nothing new in the world of analytics and statistics, as SAS co-founder and CEO Dr. Jim Goodnight recently stated:

“That’s exactly what we have been doing in statistics for years and years. We just call it building a model where these computer people call it machine learning. It’s a model, it ain’t nothing the machine learned.”

As analytics plays a key role in the ability for ‘machines to learn’, it is no surprise that AI was one of the main topics at the recent Analytics Experience 2017 conference. 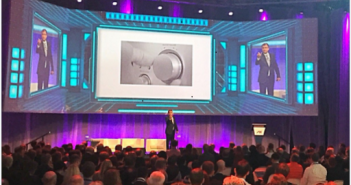 Keynote speaker Ajay Agrawal, professor at the University of Toronto and founder of the Creative Destruction Lab (home to the greatest concentration of AI-enabled companies in any program on earth), helped to shed further light on what we can really expect from AI going forward:

“Machines make predictions, not judgement. People will keep playing the main role in judgement, meaning that the ownership of decisions will remain in human hands.”

As better predictions can lead to better decisions it explains why there could indeed be a risk of a global AI ‘arms race’. Agrawal referred to recent announcements by Russia and China about their ambitions and investment plans, designed to help them become the dominant AI force in the future. This will not only give huge competitive advantages on a geo-political scale but also economically for businesses and corporations. On this Agrawal expressed concern that Europe could easily fall behind, because of its strict(er) privacy regulations. AI systems can only improve by training themselves on large datasets, so if data collection is more regulated (i.e. restricted), it will be more difficult to compete on a global scale.

So let’s zoom in a bit from the high-level ‘world domination’ discussion to the business-level and the impact AI is expected to have on our day-to-day lives. We have all heard about self-driving cars and chatbots, which are perhaps the most obvious examples. Agrawal gave another interesting example, about how AI could change the way we shop. He argued that retailers will be able to predict our needs by analyzing our buying behavior, enabling them to ship products to us before we have realized those needs ourselves! In a recent article in the Harvard Business Review, Agrawal noted that Amazon has been working on this for several years already, being granted a patent on "anticipatory shipping" back in December 2013!

Summarizing, it is clear that AI will have a big impact on society. Does this mean that all corporations are already on board and getting ready to integrate AI into their business processes? SAS recently conducted 100 interviews with business leaders to understand the current state of AI readiness in corporations. The findings suggest that only a small proportion of the respondents were confident that their data science teams were ready to handle AI requirements. However, almost 40% expected to see exponential adoption of AI, with the impact being seen within 5 years.

40% of business leaders expect to see exponential adoption of #AI in their corporation. R U ready? #MachineLearning Click To Tweet

Is your company ready for this? You can read the full SAS report here, to help you understand the current general state of readiness and judge how you compare. One thing is for sure: whether the impact is in 5, 10 or 15 years, AI will have an important role to play. It makes sense therefore to get ready sooner rather than later. 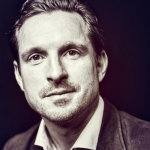 Bas still feels like the 'new kid' on the Analytics block, with a background in Marketing and Business management. What’s different about his fresh perspective? You’ll see how a non-technical person perceives all things technical (think #IoT and #AI). It’s all in an effort to connect the Business and Analytics worlds, step by step.