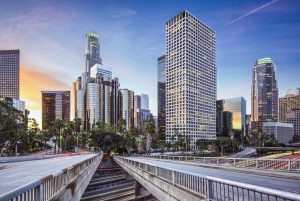 The scale and scope of IoT deployments in smart cities is a wonder to behold. Of course there is far more to smart cities than just IoT, from sustainable transport right through to connected citizens. But there are a number of cities that are leaping ahead in the way that they are using IoT technology to change the way that the city operates.

The city of Barcelona is using IoT technology extensively. From connected bus stops providing information about bus arrival times, to bin collections, all is grist to Barcelona’s mill. For example, a pilot has been set up to test whether using sensors on bins can improve refuse collection. The question is whether the routes of bin lorries can be optimised by sending them only to full bins. The city believes that this may save up to 10% of costs of waste disposal.

Two UK cities, Milton Keynes and Glasgow, are investing in smart lighting systems. In Milton Keynes, the city has installed a trial network of 400 LED lights linked to servers tracking light levels. This has helped to cut the city’s energy use by 40%, and the city plans to replace other, older lights with LEDs. Glasgow’s lights will turn on and off automatically when people pass, lighting streets only when someone walks down them. This is not just energy-efficient, but also good for safety: no more concerns about dark alleyways, and places where someone may be lurking, just well-lit, energy-efficient streets.

Santander is running one of the biggest sensor pilots in the world. It has over 12,000 sensors around the city, looking at a huge range of variables, including air quality and parking spaces. Although designed primarily as a research project to test the concept of a sensing network, the idea has been picked up with enthusiasm elsewhere and in the city itself. Projects based on the Santander model have been started in Guildford, Lübeck and Belgrade. In Santander, a project called Pulse of the City was launched in 2012, allowing users with GPS-enabled smartphones to check bus timings, and also report any problems such as potholes.

IoT sensors are also being used by cities to improve resilience in the event of natural disasters. Not usually associated with smart cities, this application could have very real implications for saving lives around the world. In Europe, sensors are being used in La Garrotxa, a volcanic area in the north-west of Spain. Information from sensors about river levels, CO2 levels and to prevent forest fires, are fed into a city-based dashboard, enabling immediate real-time assessment of the need for action.

Skills and roles, and application beyond smart cities

As we examine the lessons from early IoT deployments, my colleagues and I have looked at skills that teams will need to make the most of insights from these sensor-generated data. We have seen how some skills can be built, borrowed or packages bought which have pre-loaded configuration that reduces the need for specific skills.

In many cases, IoT fuels disruption. To seize the full range of opportunities, clear and visible leadership is required. Torri Martin, Director of Smart Atlanta makes illustrates the often common difference between job titles and actual roles. For example, IoT makes it necessary for partnerships to be established and managed, because useful data could be leveraged from 3rd party sensor networks. This requires both skills, and a clear role that partners can respect and consult. And most importantly, these issues are equally applicable to businesses beyond the smart city arena.

And old debate with a new twist

In some ways, this debate about roles is not new. Cos and their board-level peers have long argued the pros and cons of where enabling technologies should be controlled from - a central function or the business units. With IoT, we are seeing faster evolution of scope of responsibility. More managers now understand that we are in uncharted territories and learning quickly is the name of the game.

For inspiration and some new ideas, read our new survey Internet of Things: Visualise the Impact. The e-book gives you access to the lessons learnt by 75 executives from various industries all across Europe. They give unparalleled insights in how to integrate IoT in operations and share experiences of recent projects. 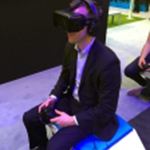