Fraud is a renowned issue for insurance companies and government organizations such as tax offices across the globe. Its forms vary from small exaggeration or falsification by individuals to systematic production of fraudulent claims or tax scams by criminal organizations. Nevertheless, we are talking about a phenomenon which is estimated to result in huge financial losses in terms of unnecessary compensations paid or liabilities avoided.

The people in the Nordic countries are often considered to be highly honest and reliable in both business and personal life. We are always in the top of the list when the least corrupted countries of the world are ranked. As another example, in the “Lost Wallet” test by the Reader’s Digest magazine, Finland’s capital Helsinki was chosen the most honest city of those tested. And finally, when you ask any foreigner about their impressions about the Nordic countries, you will most likely receive an answer containing positive features such as stability, equality – and reliability.

So this means that we do not have worry about fraud in the Nordics?

The answer is simple: no. First of all, people seem to be quite selective when talking about honesty. Sure we are honest when it comes to another individual who has lost a wallet. But, surprisingly, when it comes to dealings between an individual and a large, faceless organization, we are just as bad as the others. According to a study by the Federation of the Finnish Financial Services, 11% of the Finns are in the opinion that “it is acceptable to exaggerate the value of an insurance claim”. The study also reveals that every fifth Finn knows someone who has done insurance fraud. Similar studies in other Nordic countries reveal that Finland is not the only one having rotten apples. For example in Sweden, “10 per cent of the public could consider beefing up a value in connection with making a claim”.

Fraud is international and digital

The second reason why people in countries with an honest reputation shouldn’t heave a sigh of relief is that fraud is international. We have more and more people with other national backgrounds and we do trade with foreign companies. Some forms of fraud, such as VAT carousels, are specifically related to international affairs. Online operations carried out in many forms of banking fraud are not tied into a specific country location either. In addition, we can be attacked from any other country via cyber fraud. As a matter of fact, a country with an honest reputation may be even more tempting target for international fraudsters than those with existing high levels of crime and corruption. There are signs of expectations that this kind of countries have not yet prepared for attacks as well as the others, and therefore, they are a more fruitful ground for misbehavior. All in all, digitalization will proceed and change the ways we operate, and this will also enable fraud inside and outside the borders also by people we are not accustomed to.

Finally, it should be noted that fraud is a constantly evolving phenomenon. New targets, new sources and new methods arise all the time, which means that no organization should be stuck with their status quo. Criminal gangs and even regular people are very innovative in finding ways to gain some extra benefit from financial institutions and government organizations. Mere human judgement and “detection as usual” is not enough to tackle fraud, especially its emerging forms. That is why organizations are increasingly adopting analytical methods that can provide a broader, more versatile and adaptive view into fraud to assist manual detection. No approach is completely water proof, but together they will help identifying the fraudsters – even those bad wolves in honest sheep’s clothing. 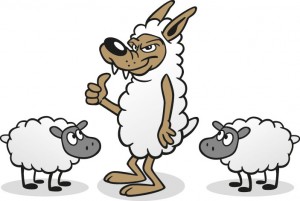 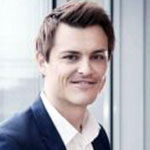