During this autumn, immigration has been the topic of discussion in Finland more than ever before. The change in the security situation in Syria was perceptible even in Finland, and it was necessary to react quickly and abruptly. Rapid changes in the world situation are bound to be expected in future, too, and analytics could be very useful in preparing and reacting to them.

Analytics provides the authorities with possibilities to simulate and stress test different kinds of situations. At the same time, it makes it possible to improve and speed up border control and the automation of asylum application processing. New technology makes it possible to manage asylum seeking in a way that keeps costs at a reasonable level. This is not only a question of money, as at the same time it is possible to ensure that well-founded asylum applications are processed more efficiently and that applicants can continue their lives as soon as possible.

Analytics can speed up the operations, for example, in the processing of asylum applications and the control of border crossings. Risk-based profiling can provide a sustainable and humane solution when balancing between costs, the flow of border crossings and safety. Using analytics helps recognise high-risk travellers based on their actions and the 'red flag' targets on checklists. This will also ease the movement of legal travellers in accordance with the Schengen philosophy.

Automation will ensure particularly high cost savings. The processing of asylum applications can be automated to a significant extent, which will save the immigration authorities’ resources and make the operations more efficient. For example, in the US, the applications of immigrants are mainly handled by using analytics programmes. The system will alert the authorities about cases that require closer investigation, for example, due to security risks.

By using analytics programmes, it is possible to quickly generate an overview of, for example, how a certain number of immigrants will affect the housing or employment situation in a country or a municipality. Different kinds of simulations and stress tests can thus be used to find out how well prepared we are for a situation and how likely it is that we can manage it.

Analytics is also excellent for the allocation of aid measures offered by the society. A model could be taken, for example, from New Zealand, where the local Ministry of Social Affairs and Health has successfully utilised analytics tools for transforming its social work. Through extensive data analysis, they detected that two out of three adults within the scope of the social security system had needed support as early as under the age of 20. In order to reduce dependency on social aid, the local Ministry of Social Affairs and Health decided to allocate resources to preventive work with children and young people.

In New Zealand, a decision was made to utilise the segmentation and customer approach that is typical of the corporate world. Unlike with corporations, the aim was not to increase the number of customers, but on the contrary, to reduce the number of customers who were within the scope of social security. Based on the data analysis, the greatest advantage would be achieved with preventive measures targeting teenage parents as well as children and young people in foster care. Preventive services were customised for these groups. They were offered, for example, a personal mentor, support for planning their personal finances as well as education and training services.

5 measures: how the challenges of immigration can be solved by using analytics

See our website for more information on promoting public safety by using analytics.

Watch a video for more information on how analytics is utilised in border control. 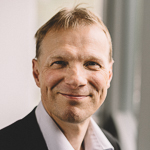