It’s not often that you can say that one picture changed the world, or at least the way that we see it. But one image that fits this description was John Snow’s cholera map.

In 1854, Dr John Snow was trying to work out what was causing an outbreak of cholera in Soho, London. He produced a dot-map showing the location of the cholera cases. This showed a clear relationship with one particular water pump. Up until then, people believed that cholera spread through the air. This map showed that it didn’t: consumption of contaminated water was the key.

Data visualisation has come a long way in the last 150 years. But one thing is still true: a picture can show a truth more quickly and clearly than many hundreds of words. And the picture, like other lessons in life, may not come from the most obvious source.

When we think of following best practice, we usually look around in our own industry for ideas. But learning takes many forms, and sometimes other industries may hold crucial lessons.

For example, the retail sector holds lessons for banking. Amazon and Netflix changed the way that we shop. They provided low cost, convenient access, and customers flocked to them. Physical booksellers went out of business, as did video lending companies like Blockbuster. But a few years on, and Amazon itself is struggling. The reason is that many customers like to browse online, and then go to a store to buy. Some things you want to see before you buy. Other times, you want to speak to someone, or get personal customer service.

The stores that are scoring now are those that have a ‘bricks and clicks’ approach, with seamless integration between online and in-store experience. The lessons for banks are clear, should they choose to look.

There are similar parallels between the challenges faced by utility companies, and those already addressed by the telecoms industry, such as modernising infrastructure, and the new need to deal with huge amounts of emerging data. Utilities are traditionally a bit slower to move than telecoms, so can draw on the lessons learnt about, for example, generating predictive correlations from indicators, enabling smoother performance.

Sports teams hold lessons for business too. The publication of Moneyball, the successful book, and later film, about the Oakland Athletics baseball team, opened our eyes to the use of analytics in sport. Instead of paying stars large salaries, As’ manager Billy Beane used analytic techniques to work out which characteristics in young players led to later success. He then recruited cheaper, younger players with those profiles. But there are more crucial lessons from sport. These include:

Thinking outside the box

What all these examples have in common is that they require us to think differently, and also to help others to do so. Kimberley Navala wrote recently about the parallels between analytics and teaching a young relative to drive. She noted in particular the importance of helping others to see why analytics is important, and repeatedly showing them the steps to go through.

‘Outside the box’ has become a cliché, but clichés exist precisely because they are true. Every experience in life provides lessons for other areas. A recent article about explorer Patrick Degerman commented that explorers, like businesses, have to think about things in different ways if they are to innovate and survive.

The importance of experimentation

This is where Big Data Lab may be able to help. By allowing the space for experimentation, big data labs give the opportunity to fail fast. Our next Tweetchat on this is on 22nd October at 2pm. Why not join us to exchange ideas about how Big Data Lab can facilitate learning? 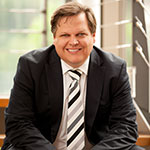 Klaus Fabits leads the presales organization of SAS in Germany, Austria and Switzerland. He is an expert for strategies around digitalization, Internet of things, and Big Data. Fabits graduated in economics in Vienna and Budapest. He joined SAS in 2005 as a consulting manager. Soon he led the professional services organization in Central East Europa before stepping up to his current role. Before joining SAS he worked for Teradata in Austria and NCR in Austria and Germany.