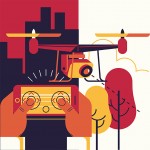 The Industrial Internet Consortium(IIC)  is just 18 months old, but for such a young organisation, it’s made interesting progress. Founded in 2014 by AT&T, General Electric, Intel, IBM and Cisco, it was formed to speed up the development, adoption and use of interconnected devices and machines, analytics and people. Here are a few of its accomplishments that caught my attention:

1 Industrial Internet Reference Architecture has been published. The IIC’s first technical deliverable, the Industrial Internet Reference Architecture, was published in April this year. It sets out system characteristics for all industrial internet systems, covering privacy, reliability, ability to scale and be portable, and ease of build and maintenance, as well as usability. Setting consistent standards  is crucial for quality and interoperability, and this is a great start for the industrial internet.

2 A set of reference standards for security and privacy is on the way. IIC members are fully aware that security and privacy are crucial to the industrial internet. The consortium’s Security Working Group has started work on a document on security that will parallel the Industrial Internet Reference Architecture, but focus on data protection and security. The document is due to be reviewed later this year.

3 Six test-beds have now been approved. The IIC has developed test-beds, led by key partners and IoT users, to initiate, think through and thoroughly test ideas for innovative use of the industrial internet in particular areas. Each group develops use cases, produces testable outcomes to confirm implementation, explores the way that different systems and devices work together, generates new products and services and sets out where new standards may be needed.  Test-beds include asset efficiency, communication and control, condition monitoring and predictive maintenance, high-speed network infrastructure, track and trace, and INFINITE.

4 Twenty case studies have been developed, across six areas. These company-specific case studies are spread across communications, healthcare, energy, manufacturing, security and transportation and logistics. Developed in collaboration with the company, they set out the problem and solution, and provide detail about the results obtained. They can be used by other companies to support their own use of the industrial internet.

5 IIC members will be sharing knowledge at industry events around the world. These include the Smart Home Summit in London later this month, Minds and Machines in San Francisco in early October, and Mobile 360 Middle East towards the end of October. Past IIC-sponsored events include, in June 2015, the Industrial Internet Energy Summit, in Houston, Texas, and The Industrial Internet: A Catalyst for Economic Growth, in Berlin, Germany. The IIC also sponsored IoT Solutions World Congress held in Barcelona from 16th to 18th September this year.

6 A glossary of terms has been produced by the Vocabulary Task Group. This may not sound revolutionary, but a shared understanding of terms, and therefore of what is being discussed, is as crucial to joint working as shared standards and interoperability. It is therefore encouraging that the IIC has published a full glossary of terms in the Industrial Internet Reference Architecture.

7 Progression to dedicated Country Teams. At the start of September, the IIC announced that it was appointing the first country team in Germany, and others would follow in China, India and Japan. The country teams are composed of local IIC members, and will focus on developing local use cases and test-beds, as well as liaising with local and regional standards bodies and regulators.

Here’s the surprise – all these have been accomplished with just 200 members from more 25 countries. Although membership is open to any company or organisation, large or small, take up looks slow. Have you considered becoming a member  but decided against it? I’d like to hear why, and what alternatives you are pursuing to help with your IoT initiatives.

I'll be presenting findings from early testbeds and other IoT success strategies at the SAS Forum on Oct 8th in Copenhagen, and look forward to seeing you there. 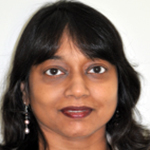 Guest Contributor. Puni built her reputation for fact-based decision support as a business analyst. Since then, she has conducted IT consumption, management and sales research in the European and Asia/Pacific markets. She is expert at understanding enterprise software and services use and buying behaviour, and has coached CIOs’ teams, and technology marketing and sales executives.