It is estimated that every tenth Danish patient suffers from an infection while being hospitalized and more than 3,000 patients die every year because of infections. However, so far, the actual number of infections has not been known, and therefore it has been difficult to find out where actions should be taken

Together with SAS Institute, Lillebælt Hospital in Denmark has developed a new monitoring system that shows hospital-acquired infections and enable the hospital to quantify how many patients catch an infection while being hospitalized. Professor at Lillebælt Hospital, Jens Kjølseth Møller, is the mastermind behind the new system for monitoring of infections that SAS Institute has made possible by using text analysis. Jens Kjølseth Møller expects the system to reduce infections in hospital by a third and thereby increase patient safety.

"Nobody can be satisfied that patients hospitalized at Danish hospitals are running the risk of getting a further disease. Therefore, working with patient safety is a key focus area for Lillebælt hospital. Now we have a tool that can read infections at patient level. This means that we can now enable our clinical managers to monitor our efforts and do more of the things that work. This is a new era in efforts to reduce hospital infections," says hospital CEO at Lillebælt Hospital.

Therefore, Lillebælt Hospital chose to co-operate with SAS Institute because of their text analysis technology. The technology sets up rules and clinical terms that may present so-called 'triggers' relating to identification of an infection.

"We now know the number of infections during a given period in a given department. We went from fiddling with several figures to now in cooperation with SAS Institute to provide a management tool for doctors and head of departments. We provide SAS Institute with raw data, which then presents the information in a way that clinicians are used to retrieve other management information on," says Jens Kjølseth Møller.

"The information we have on patients today is the information that will help to avoid infections among patients tomorrow. Many of the things we already knew will be confirmed. But we will also be working more actively with what we call intervention, where we try to change procedures to see if we can do it better than we already do," says Jens Kjølseth Møller.

The professor is not only at a premium at Lillebælt Hospital, but is now being approached by everybody. In particular, the United States and our neighboring countries are interested in the new monitoring system. Here the question is about how the system can be customized to countries that do not have social security numbers or IDs like the Danish personal identification numbers. 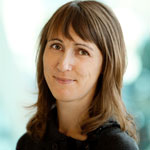 Job area: I am responsible for marketing and communication towards the retail and health care industries in the Nordic countries. Topics: I blog about the value of data and how analytics can make a difference for customers, patients, organizations, etc. In my job, I see so many examples of how the use of data can make a difference for our society and us as citizens, patients and customers, and I would like to share these examples with you. If we all focus on how to work more efficiently by using data and analytics, I think we could enhance the right processes to stop the waste of food, cure cancer, prevent fraud, etc.