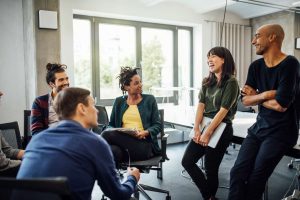 Over the course of the last six years, I've penned many posts on the Data Roundtable. Sure, the topics have varied, but I have consistently referenced a select number of companies that excel at data management. Google, Netflix and Facebook come to mind. Arguably at the top of that list, though, is Amazon, a company whose market capitalization recently hit the one-trillion-dollar mark.

Make no mistake: Amazon's superb use of data is not the sole or perhaps even the primary reason that its stock price has increased so precipitously. Still, it's hard for me to imagine a "data-challenged" incarnation of Jeff Bezos' creation.

Today, I'll revisit Five data quality lessons from Amazon – a popular post that I wrote on this site two and a half years ago. I'll do so in the context of recent events.

Much like with Amazon Web Services (AWS), Amazon created an entirely new product category here – one that it currently dominates. Google and Apple soon followed. The Echo is impressive on many levels. For the purposes of this post, however, I find its integration with Amazon's core offerings particularly fascinating. Echo carefully uses Amazon's extensive trove of data to serve up product recommendations – and not always the cheapest ones. For more on this and the inimical impact on consumer brands, check NYU professor Scott Galloway's' demo here.

The data-related possibilities of Echo are endless. Think about Alexa in cars. What about in hotels? Data geeks are frothing at the mouth. Consider Alexa's context- and location-specific recommendations and you start to understand why Wall Street is so bullish on the company.

In my post from March of 2016, I praised Amazon for its vigilance "against data pirates, even if it means going to court." Fake reviews remain notoriously difficult to detect, but Amazon has continued to make progress via different mechanisms. Case in point: the company restricted product reviews of James Comey's book to those who bought it on amazon.com.

For a long time, Internet memes have popped up excoriating Whole Foods' pricing on things such as asparagus water. We don't see these salvos as much any more, in part because Amazon dropped nearly $14 billion for Whole Foods in June of 2017. It didn't take long for Amazon to slash prices on many items. Beyond lowering prices, Amazon quickly offered 10 percent Prime Day discounts for customers who used a branded Visa card.

Note here Amazon's tight integration between its online and offline presences. I can only imagine the increasingly accurate profiles that Amazon maintains on its customers – something that justifiably scares Walmart and other brick-and-mortar retailers.

Simon Says: Data is the backbone of Amazon.

Although I follow the company closely and frequently cite it in my classes, I don't presume to possess inside knowledge on Amazon's strategy. It doesn't take a rocket surgeon, however, to be able to draw a line through many of the behemoth's recent moves. Its senior executives don't dilly-dally with one-time data quality initiatives. The company's use of data allows it to quickly launch new products and integrate acquired companies.

Can your organization do the same?