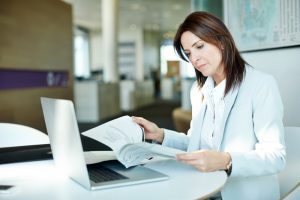 Perhaps the core component of any master data management system is identity resolution. Identity resolution methods process a collection of records to find groups of records that are presumed to represent the same real-world entity despite data variations (such as misspellings, miskeyed data or incorrect values). The simplest form of identity resolution links records that share the exact same corresponding values for selected identifying attributes (such as last name, first name and Social Security Number for individuals). This approach will find some duplicate records, but not all of them. It's not sophisticated enough to find record pairs that represent the same entity but whose values do not exactly match across all identifying attributes.

More complex methods of linkage take the variation into account. These methods use similarity scoring to compare record pairs to see if their values are close enough to deem them as a match. The naive approach to matching the records in data set A to data set B would require that each record in data set A be compared with every record in data set B. In most cases this would incur a significant amount of computation. For example, if data set A has 500,000 records and data set B has 4,000,000 records, the matching analysis would require 2,000,000,000,000 comparisons (2 trillion!).

To address this, those who develop matching applications have traditionally sought to limit the total number of record-to-record comparisons performed. They do this by blocking the data into smaller sets of records with a higher likelihood of matching. Blocking is generally done by selecting a combination of data element values that are likely to be shared among records that represent the same entity and then grouping the records that share those values into subsets. An example of a blocking key would be the first three characters of a last name field concatenated with the first three digits of the ZIP code. All records sharing that same key would be grouped together, and only those records that were in the same block would be compared.

The complexity of big data distribution

That being said, shouldn’t a big data platform make the need for optimization moot? Many people seem to think that a Hadoop or Spark cluster (where the records are distributed and there are multiple parallel processing units) should easily be able to handle the full-scale set of comparisons. These people are misguided because they may not understand the complexity of how data distribution across a distributed file system impacts application performance. There are three potential issues:

Simply put, a naïve approach to identity resolution probably will still not scale on a big data platform, especially as the data set volumes increase. In my next post, we'll dig a little deeper into this issue.