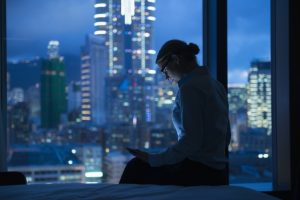 Unless you’ve been living under a rock, you've surely noticed the increasing numbers of headlines about big data, Hadoop, internet of things (IoT) and, of course, data streaming.

For many companies, this next generation of data management is clearly marked "to play with later." That's because adopting the next wave of technologies represents a significant paradigm shift from the far simpler legacy world they currently manage.

The reluctance to move forward with advances such as data streaming stems from a lack of many things: funding, business model alignment, vision, and specialist skills and experience. But the reality is that at some point in the not-too-distant future, your organisation will have to dip its toe into the next generation of data management. And chances are you’ll have to address data streaming.

One aspect of data streaming that I’ve featured in the past was data streaming as a form of operational technology (or OT as it's commonly known). This is in contrast to its older brethren, IT.

Operational technology enables organisations to track critical data, events and processes – both within their organisation and out in the field (the IoT) – all in real time.Where traditional IT could also track data, OT can track, gather and make changes in real time. And OT can typically do it with far greater volumes of data and for massive numbers of sources, simultaneously.

We’ve moved, in a very short timeframe, from the traditional IT view of storing information about an experience (e.g., customer buying a product on our website) to physically changing the event in real time. In some cases, this dramatically changes the user's experience. This approach represents a massive mindset shift because it often requires a substantial change in the way our business models are constructed. And change, as we all know, is something a lot of organisations struggle with.

Who is leading the streaming data game?

So who are those companies forging ahead in this new operational technology landscape that you can learn from? Well, you don’t have to look far.

Facebook, Uber, Airbnb, Amazon and Twitter offer just some of the many services we increasingly rely on throughout our day that are underpinned by data streaming. But it’s not just these "new kids on the block" that are deploying data streaming for business growth. Traditional firms are integrating it into their operating models as well.

In 2015, Arent van 't Spijker appeared as a guest on Data Quality Pro and discussed an interesting use case for ConocoPhillips. They were able to improve their productivity by up to 30% through operational technology driven by data streaming. They designed new software (Plunger Lift Optimization Tool – PLOT) that has the ability to react to events in the well-head in real time. For example, they can instantly detect greenhouse gas emissions from the well and alert technicians or close down production. In addition to optimising productivity, there are also safety benefits.

DHL is another example that Arent referred to in his interview. Known for their parcel delivery service, DHL is using data streaming in creative new ways to extend their business model.

One example is the collection of air quality information from their delivery vehicles. To reduce pollution in urbanised areas, DHL added pollution sensors to their vehicles and combined this with sophisticated software that could re-route vehicles through less polluted areas. But they didn’t stop there. Realising this data had value to government agencies and other entities, they now sell that data – extending their business model to an entirely new value proposition.

This is where data streaming gets interesting. Because being able to collect real-time information about events connected with your enterprise opens up entirely new business models.

Here are some other sectors that are adapting these new business models:

So the question becomes: Where could your organisation adapt its business model and performance to exploit data streaming and the next wave of data management technologies?

Dylan Jones is the founder of Data Quality Pro and Data Migration Pro, popular online communities that provide a range of practical resources and support to their respective professions. Dylan has an extensive information management background and is a prolific publisher of expert articles and tutorials on all manner of data related initiatives.