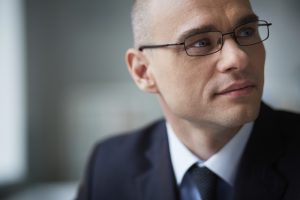 "You know what happened. The question is, Can you live with it?"

So says hitman-for-hire Mike Ehrmantraut in “Five-O”, one of the very best episodes of Better Call Saul. I won’t spoil anything here, but suffice it to say that Jonathan Banks’ character married motive and opportunity well before delivering those menacing words.

I think about the ending of "Five-O" quite a bit – and not just because I’m a huge fan of the acclaimed Breaking Bad prequel. In the context of business, data and technology, many CXOs know which trends are taking place. The parallel question is, What are their organizations actually doing about them?”

Let’s look at this query as it pertains to streaming data and the Internet of Things, certainly two of the key developments in the data world over the past decade. Based on my own admittedly anecdotal evidence, relatively few organizations are seizing upon what may very well be a massive opportunity.

Of course, few doesn't mean none.

What if we put one and two together? In other words, what if motive met opportunity?

It turns out that I'm hardly the only one asking these questions.

Channeling Streaming Data for Competitive Advantage (PDF) describes how one of the world’s largest telecommunications companies responded to rising competition. The company's management used streaming data to personalize its offerings far beyond basic demographic or monthly usage data. Specifically, its call-center reps analyzed live call and text data to cross-sell and up-sell its customers. Through “special events” and triggers, the company increased customer revenues and gained valuable customer intelligence. I only see opportunities such as these multiplying as the Internet of Things arrives in earnest.

Irrespective of your organization's industry, there's a great deal to learn from the above example. For starters, note how entry-level call-center reps used data to make real-time decisions. That is, data-based decision making didn't just occur at the senior levels.

Second, consider the virtuous cycle that the telecom company has started. Data begets more knowledge and better business decisions. Based upon the success, the company is more likely to embrace new data sources in the future. Put differently, the company has now proven to itself the value of streaming data. All else being equal, it will experiment with these types of things in the future and (continue to) build a culture of analytics.